The ASRock Vision 3D 252B is primarily built out of notebook components, and it is not possible for the average enthusiast to build such a system with off-the-shelf components.

The mini PCI-E slot is taken up by the Atheros based AzureWave WLAN module. The two sides of the Vision 3D chassis are used as antennae. The two DIMM slots are on the right side of the board, next to the CPU. There is also a MXM slot in which the GT 540M MXM module is plugged in. 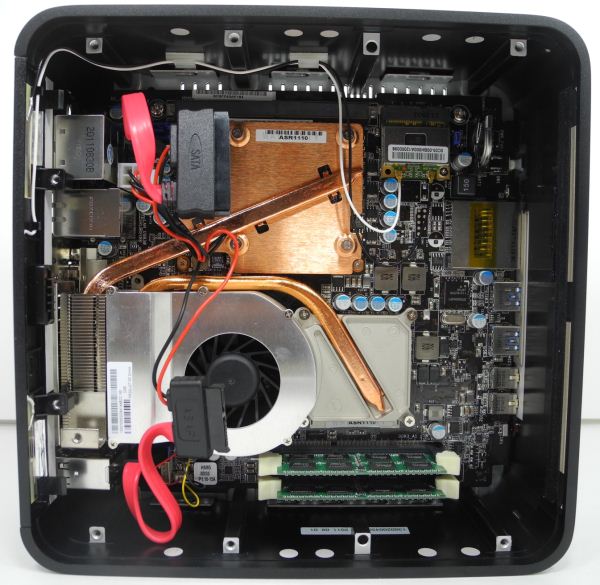 The integrated GPU in the Sandy Bridge processors come in two varieties, namely, HD Graphics 2000 and HD Graphics 3000. The Core i5-2520M uses the latter. It has a base frequency of 650 MHz, and is capable of going up to 1.3 GHz in stressful conditions. It supports full 3D video capabilities, QuickSync and WiDi. However, WiDi is not supported by the CoreHT 252B. WiDi makes sense for laptops, but not much for SFF HTPCs. So, we don't fault ASRock for avoiding this feature. Since we also have a discrete GPU in the system, Virtu from LucidLogix is necessary for users to be able to take advantage of the HD 3000's capabilities. The Vision 3D 252B's BIOS comes with a license for Virtu. Most users will be using Virtu to take advantage of QuickSync.

The 750GB Scorpio Black is one of the best reviewed hard disks in its class. It has been reviewed to have upto 120 MBps sequential read speeds. 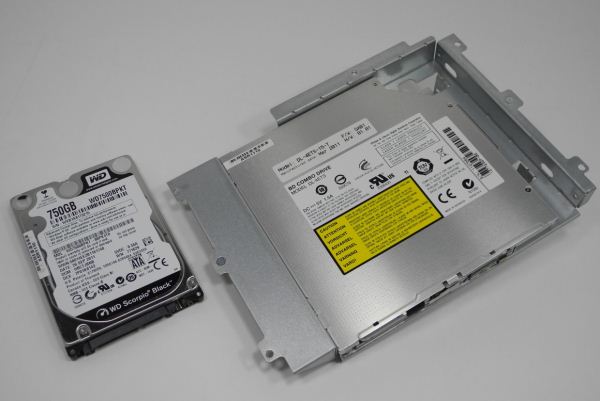 The hard disk is a good choice with respect to the price - performance ratio for the ASRock Vision 3D 252B.

The ASRock Vision 3D 252B ships with the Philips Lite-on DS-4ETS BD Combo Drive. This is a slot loading drive similar to the one in the first generation Vision 3D, befitting a high end premium HTPC.

As we have noted before, the quality of the MCE remote is a big letdown. The keys are quite small and the unit feels cheap in the hand despite being pretty decent in appearance.

In the next few sections, we will take a look at the performance of the ASRock Vision 3D 252B.