Thus far I haven't really touched on the usability of the Transformer Pad 300 as a tablet, mostly because it's a topic I've addressed many times before in previous tablet reviews. I do believe a quick summary and update are necessary in this case however.

Fundamentally the Transformer Pad 300 doesn't change the iOS/Android balance, it's simply another great solution in the Android camp - at a lower price than the Transformer Prime. The fact that it doesn't carry any of the wireless issues of the Prime is an added bonus, particularly since it maintains many of the Prime's characteristics that we love (design, keyboard dock, performance, etc...).

As a device purely for browsing the web or sending emails, the 300 is easily in the same camp as the iPad 2. The user experience isn't as consistently smooth, but there are advantages that matter to some - such as the ability to support Flash and the ICS Gmail app. 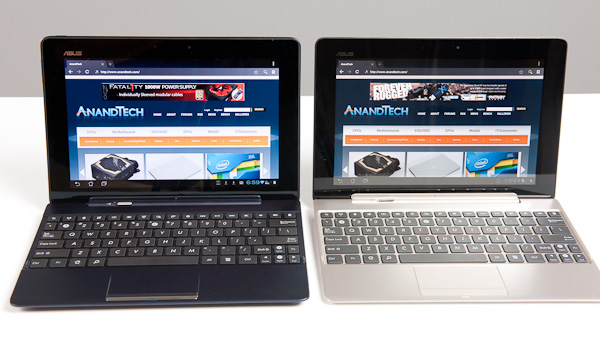 As a tablet that needs to function as a netbook replacement, the Transformer Pad has an obvious advantage there as well. The Transformer dock remains the best way to turn a tablet into something you can type on for an extended period of time. While I don't believe that Android is any closer to a full blown notebook OS, as a netbook replacement I do believe the TF Pad 300 + dock is already there.

It's not all rosy unfortunately. The past few Tegra 3 updates to ICS for the Prime have decreased stability in my usage, and I saw a handful of app crashes on the 300 during my testing period. I didn't run into any showstoppers but the latest build of the OS on these devices doesn't seem quite as solid as the last Honeycomb build or even some of the earlier ICS builds. The good news is that ASUS and NVIDIA appear to be pushing out updates to these devices quite aggressively, which is unfortunately a rarity in the Android space.

Move outside of the core apps and Apple starts to gain a significant advantage, depending on the apps you're talking about of course. Then there's the UI experience, which for many continues to be a win on the iOS side. Although I still don't really believe that many folks cross-shop Android and iOS. The iOS experience ends up being more appliance-like while Google is building a mobile computing platform with Android. Both have their strengths/weaknesses.

I do appreciate that ASUS continues to deliver a mostly stock ICS experience with a few additions and a handful of useful preloaded apps (e.g. Polaris Office). The additions to ICS are all functional and ASUS tends to rely on its strengths as a great hardware manufacturer rather than gimmicky software to sell its Android tablets. I'd also like to applaud ASUS for offering sensible pricing on its NAND options with the Transformer Pad 300: $20 buys you another 16GB of storage. This is the direction I hope more tablet vendors go in the future. 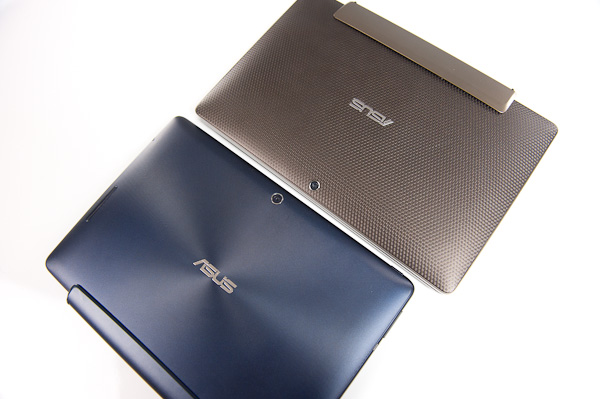 What I'm really hoping for is that ASUS is using its experience in building the Transformer lineup and bringing it to market as practice for the release of a truly perfect, x86-based Windows 8 tablet later this year. Give me the form factor of the ARM based Transformer Pad 300/Infinity (along with optional dock), but with the ability to run Windows 8 Pro and I think we may just have the perfect tablet for users who need a notebook for work but want the portability of a tablet.