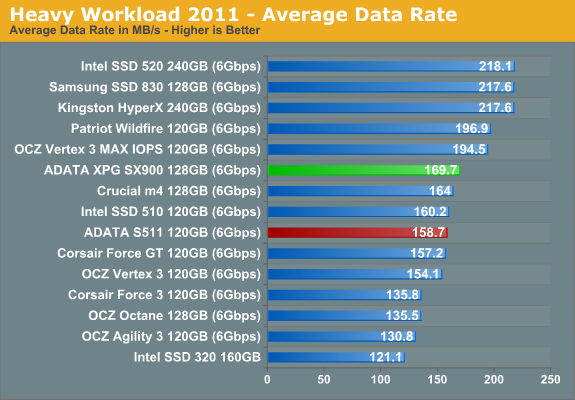 The SX900 is slightly faster than the Vertex 3 and Force GT here, which is most likely due to the newer firmware as I noted in the incompressible sequential read/write speed section. I asked Anand to test a 120GB ADATA S511, which is based on the same SF-2281 controller and utilizes 25nm Intel MLC NAND. The SX900 and S511 should be as similar as possible; however, they don't share the same firmware version. The SX900 is reported to have firmware version 5.0.1 in Device Manager, whereas the S511 Anand tested was running 3.2.2. That's the most current firmware for the S511 and it dates back to November 2011, so this is likely the reason for the difference in performance. 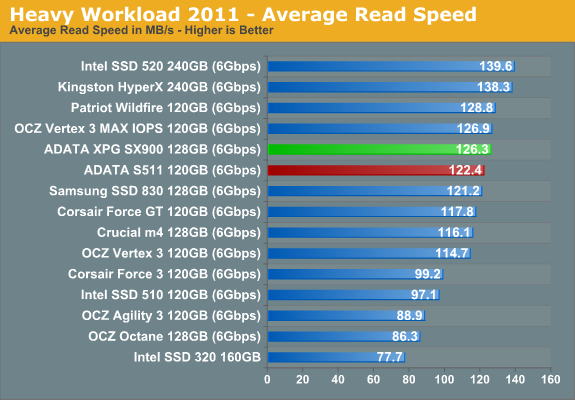 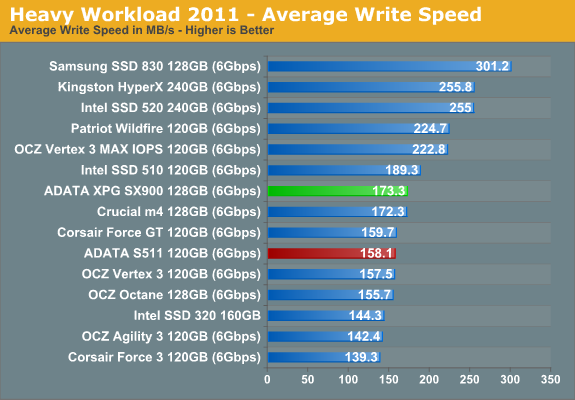 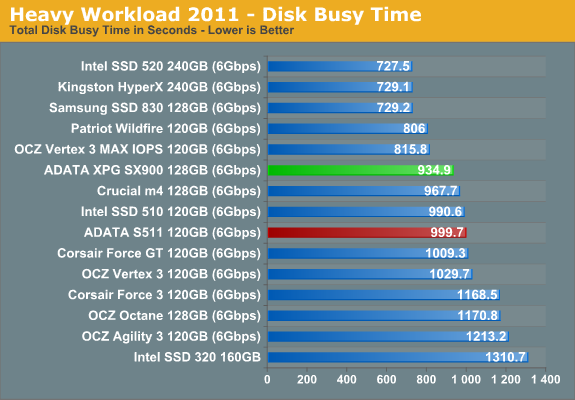 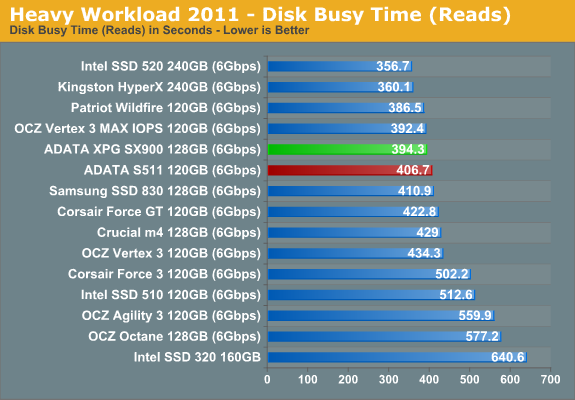 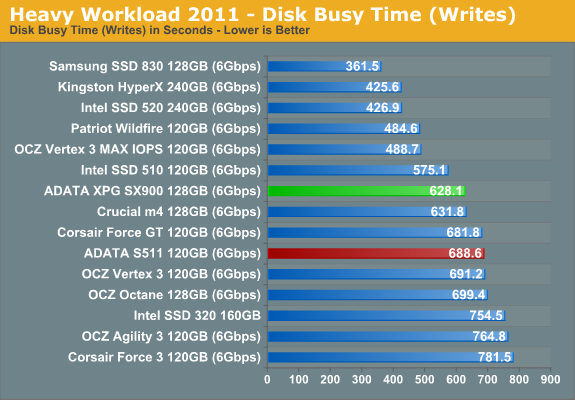