I have to admit that I like the Charge a lot. It’s thinner and lighter weight than the other 4G LTE handsets, and SAMOLED+ is both super contrasty and remedies my number one concern with AMOLED and SAMOLED by giving PenTile the axe. The phone has a lot going for it, and is an all around excellent performer both in throughput tests and application performance, minus the obtuse inclusion of RFS which brings it down in filesystem-centric benchmarks. I carried the thing around long enough to definitely get to know it well, and overall I came out impressed with Samsung’s 4G LTE handset, even if it really is a rebooted Galaxy S with a few Galaxy S 2 features and new basebands. To be honest, the Charge has gotten me incredibly excited for Samsung Galaxy S 2, which we’re going to finally review very soon. 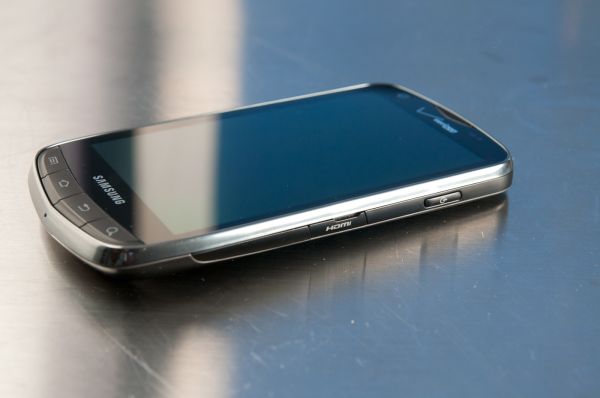 Positive things about the Charge said and done, the handset’s positioning by Verizon leaves me totally and completely confused. My confusion is namely over why Verizon picked the Charge as its premiere ‘Droid’ level 4G LTE handset over the Thunderbolt. The HTC Thunderbolt offers 256 MB more RAM, 2 GB more internal NAND, the best cellular architecture of the three with SVDO support, and on average better battery life with the stock battery (were we to normalize out the Charge’s 0.73 Whr battery size advantage, the TB is a fair margin more efficient). 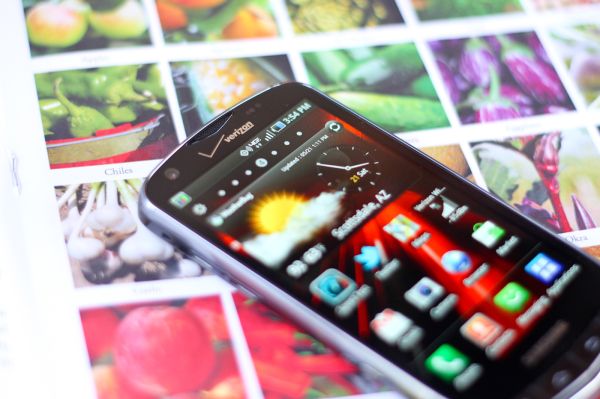 The main leg up the Charge has is Samsung’s much thinner and lighter build profile, Hummingbird SoC, and SAMOLED+, all of which earns the phone a $299 on-contract price. That’s a whole $50 premium over the already higher than normal $249 Thunderbolt and Revolution. I’m sure there’s some political reason for the whole thing, but it still is confusing. The pricing structure just seems wrong - the Thunderbolt and Charge seem like obvious front runners, followed by the LG Revolution for shoppers that want an LTE handset but don’t want to pay way more than the usual $199 contract price.

Zoomed way out, the optimal cross section of features still is LTE alongside a dual core SoC. Right now web browsing is more CPU bound than network bound, and having another core will help balance things out so the smartphone browsing experience is finally almost indistinguishable from the desktop. 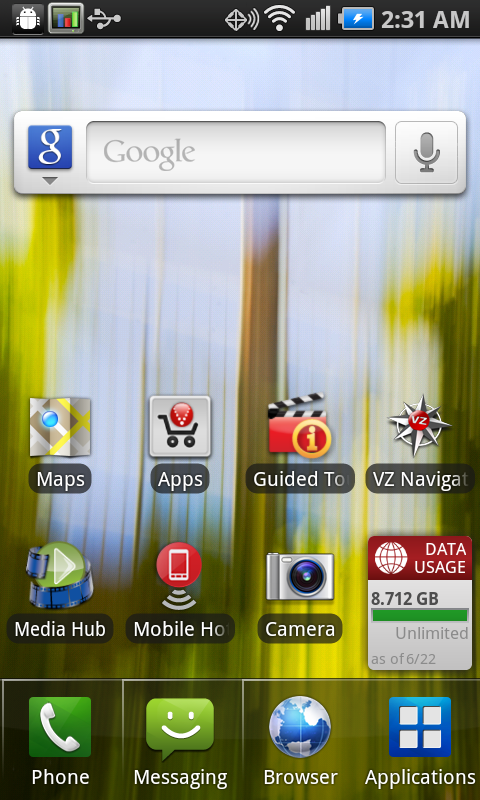 8.712 GB of unlimited. That gave me a bit of pause as well, considering that this entire month I’ve done no tethering thanks to the Charge hotspot being disabled. Every bit of that data was used on the handset. LTE is stupid fast, and I’ve found that I now eat correspondingly more bandwidth doing things like remote desktop, watching my five network cameras, making artists on Google Music available offline in the airport, watching long flash videos, and of course running endless speedtests. Unlimited Verizon 4G LTE data ends with the introduction of tiered data plans on July 7, after which point using this much data will get much more expensive than $30/month.

Anand and I both have a bit of a backlog, and have a bunch more devices to get through this week. I have an odd Sensation that the next one will be exciting...