And here, the Nook starts winning back points. There’s no way around it, the Nook screen is gorgeous, almost worth the $250 on it’s own. It’s an IPS panel, so the viewing angles are great, and the 909:1 contrast ratio is actually better than the iPad 2. Both in terms of numbers and in daily usage, this is a screen that is in the same conversation as the iPad and Asus Eee Slate as far as best screen on a tablet. 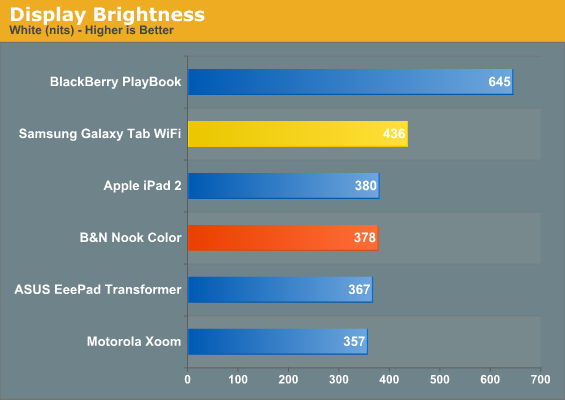 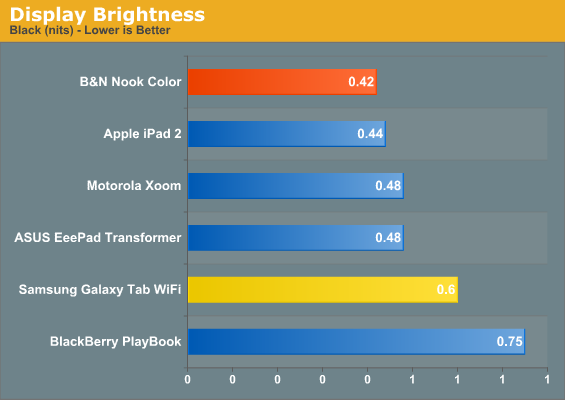 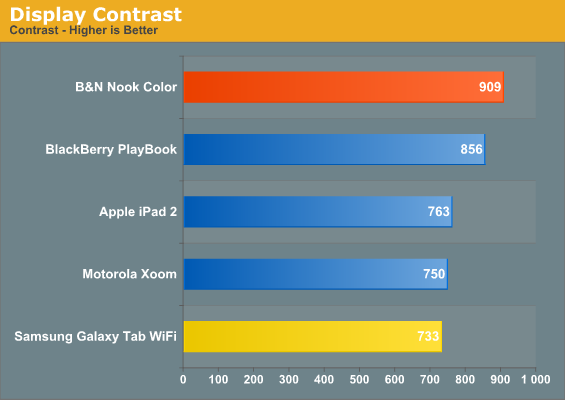 This isn’t to say that the Galaxy Tab has a bad screen; with a 733:1 contrast ratio and generous viewing angles, it’s a very good display, just not on the same level as the Nook. I really appreciated Samsung putting in a solid panel in the Galaxy Tab when I first reviewed it, because on a hardware level, the display is probably the most important part of a tablet. Both contrast ratio and viewing angles are huge factors in how usable any given tablet is, and it looks like B&N recognized that and pushed for the best 7” panel they could get, whereas Samsung used the same tried and true LCD panel they had previously. All indications are that Samsung will be moving to AMOLED for their next 7” tablet, so it’ll only get better, but for now, B&N wins the screen conversation.