With the iPad we complained that the A4 didn't seem to include any form of digital video output, only analog outputs were supported. The A5 and the iPad 2 both rectify that as Apple now offers a $39 Apple Digital AV adapter that gives you HDMI out directly from the iPad 2. 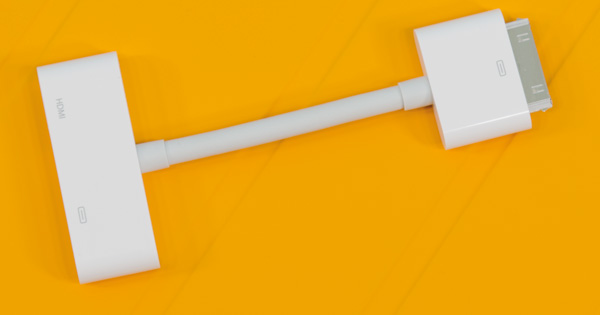 The Digital AV adapter is a bit clunky and I believe the future of this is clearly in some form of wireless transmission, but for now it plugs directly into the dock connector. Apple had the foresight to build in a second dock connector into the dongle so you can keep your iPad 2 charged while you're mirroring it's display.

With the adapter connected HDMI mirroring just works as you'd expect it to. There's no setting you have to enable, just plug it in to your display and you're good to go. The iPad desktop is upscaled to either fit your display or it'll appear as a box in the center of your panel. 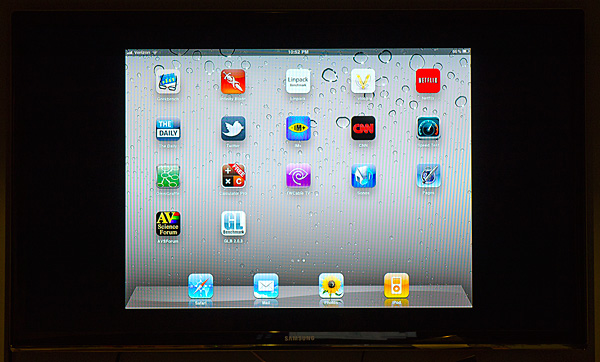 On the 1920 x 1200 Dell panel I got an upscaled image that took up the total height of the screen: 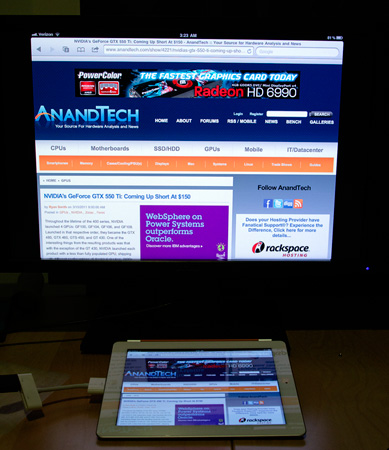 What about functionality? Everything you see on your iPad you see via the HDMI output. If the keyboard appears on your iPad it'll appear on your HDMI display. Personally, I would like to be able to have the iOS keyboard visible on the iPad 2 but not on the image sent over HDMI. Currently it's a pure clone setup...mostly. 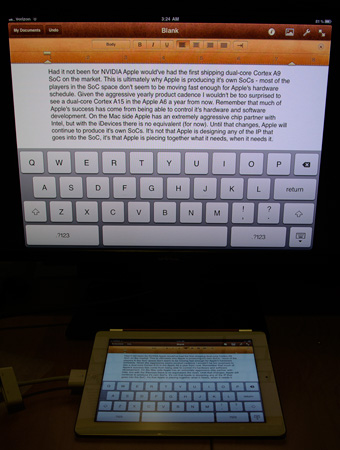 If you try to play video while connected to an HDMI you won't get a mirror instead you'll see the video full screen on the external display. This is true for Apple's own video player app as well as 3rd party apps like Netflix. Note that while playing a video you will only see it on the external display, not both. 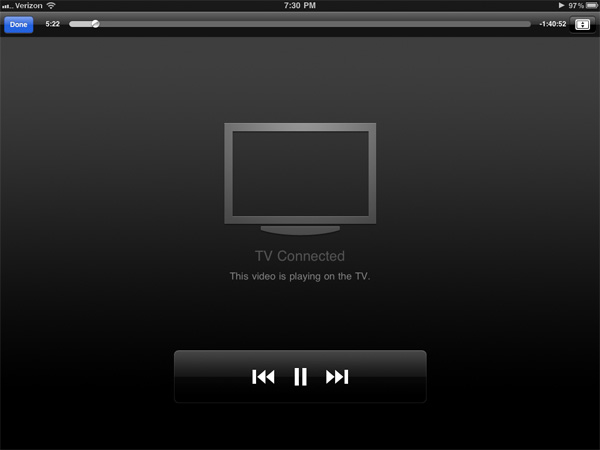 Audio is passed exclusively via HDMI as well, the internal speaker is shut off. 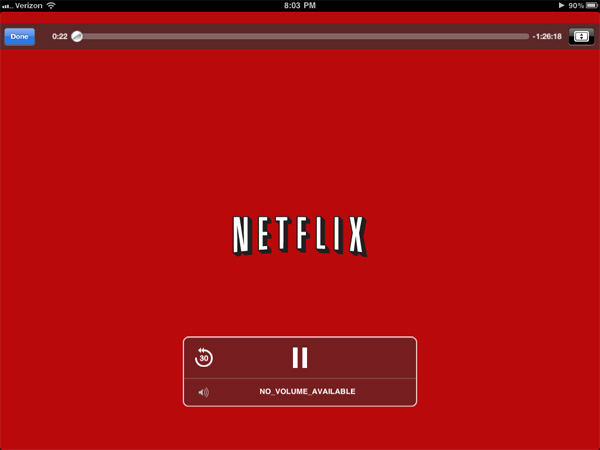 Battery life takes a significant hit with the HDMI output enabled. While you'll see that our typical usage tests can easily hit 10 hours, over HDMI you can expect battery life closer to 8 hours. It's still not bad but definitely a larger impact than I expected. 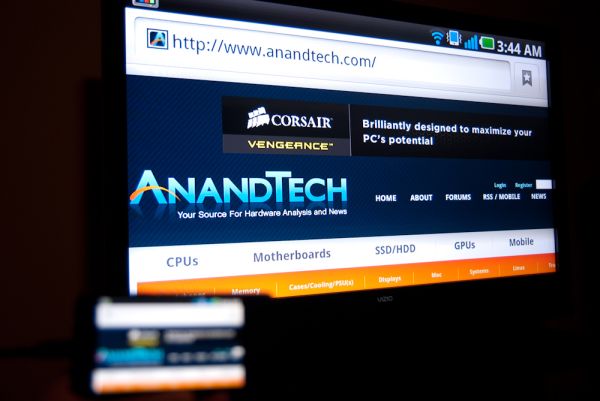 HDMI mirroring isn't exclusive to Apple, we first saw it appear on LG's Optimus 2X and later on other Tegra 2 devices. While HDMI mirroring turns your iPad into a portable Netflix machine, it also turns it into a semi-dockable PC. The limitations I mentioned earlier still exist. There's no mouse support and multitasking is a pain compared to a full blown PC, but this is just the first step. If all you've got a light usage model and just want a more ergonomic setup at your desk, there's no reason you can't connect to a standard HDMI display and use the iPad 2 as a glorified keyboard/pointing device.

What I would like to see going forward is support for some sort of a pointing cursor within iOS while connected via HDMI - only on the external screen. The same white circle that's used in Apple's demos would work just fine here.

The question I have to ask is whether tablets based on smartphone hardware and OSes are going to become powerful enough to double as portable PCs or are desktop OSes going to become lightweight and efficient enough to run on smartphone class tablet hardware? The latter seems to be Microsoft's strategy with Windows 8. Unify the software and allow it to run on all platforms, while the former is where Apple is presently headed with the iPad. It's clear to me that convergence between desktop and ultra mobile OSes will happen at some point, I'm just unsure which side will lead the merger.

The iPad 2 uses the same 10W USB wall charger in combination with a 30-pin dock-to-USB cable as the original iPad. The benefit here is any iPad/iPod/iPhone 30-pin dock cable will charge the device (assuming your USB port properly implements the battery charging spec). On the flip side, even with the 10W wall charger you're looking at ~ 4.5 hours to get a full charge on the device. Charging via the PC is even slower - it'll progress at roughly half the rate as you can get via the wall charger. Note that like the original iPad you'll need a USB port that implements the battery charging specification in order to charge from your PC/Mac. All of the new Mac notebooks seem to implement this spec (2010 MacBook Pro, 2011 MacBook Pro, 2010 MacBook Air) and had no problems charging the iPad 2. 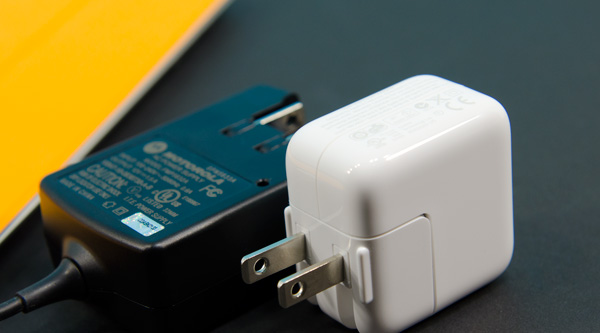 The Xoom by comparison avoids this problem. The USB port on the Xoom is only used for syncing, there's a separate dedicated port for the wall charger. As a result you'll get a full charge on the Xoom in 3 hours.