While the drought of Sandy Bridge notebook hardware is thankfully approaching its sweet, merciful end, there are still a healthy amount of AMD-based notebooks on the market at good prices awaiting happy homes. Toshiba was kind enough to send us their L645D, a 14" notebook sporting a mobile Phenom II dual-core processor running at a speedy 3GHz, Radeon HD 4250 integrated graphics, and a Blu-ray drive: all yours for a potentially exciting value proposition of just $619. Is it worth it? 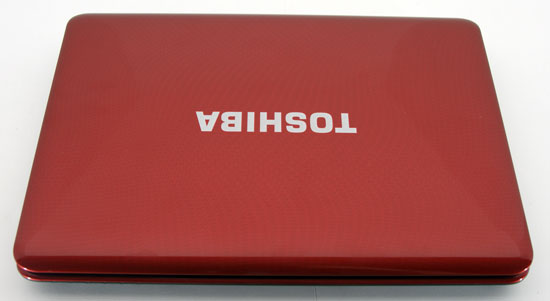 The Toshiba L645D would seem bog standard for a budget AMD notebook if not for two things: the Phenom II N660 powering it is the fastest "non-extreme" dual-core mobile processor AMD offers, and Toshiba packs it into a 14" chassis instead of the 15.6" ones we've become accustomed to. Top that off with a Blu-ray drive and you have the makings of a strong multimedia contender at a reasonable price. So let's see how Toshiba specs it.

Right off the bat, there's the dual-core AMD Phenom II N660 processor running at 3GHz. AMD now has an ungainly three different mainstream mobile processor lines with the Athlon, Turion, and Phenoms basically in order of "good, better, best" and sporting borderline indecipherable model numbers, so hats off to them for following Intel's footsteps into the realm of being utterly mystifying to the end consumer. The mobile Phenom IIs are largely equivalent to the desktop Athlon II chips, which means the N660 doesn't have any L3 cache. That leaves it specced with 1MB of L2 cache per core and enjoying a 1.8GHz HyperTransport clock. In fact the only differentiator between Phenom II and Turion II mobile processors is clock speed; the Turion IIs stop at 2.6GHz, while 2.6GHz is the lowest-clocked Phenom II (but at a 25-watt TDP). The N660's 3GHz results in a 35-watt TDP.

Supporting the N660 is 4GB of DDR3-1066 and the aging Mobility Radeon HD 4250. As I've harped before, the 40-shader 780G was a fine IGP when it landed, but time has been unkind to this particular core design, and the minimal update to DirectX 10.1 just hasn't been enough. The 4250's 40 shaders run at 500MHz, down from the 700MHz the 4250 runs at on the desktop. It's still more desirable than Arrandale's Intel HD graphics due to generally superior driver quality and compatibility along with similar overall performance, but as you'll see, Sandy Bridge's Intel HD 3000 graphics mop the floor with it. Thankfully the 4250 is not long for this world; AMD's ultraportable platform now favors the E-350 with its far more capable Radeon HD 6310 IGP, and Llano is drawing ever closer.

Rounding out the L645D is the bare minimum of connectivity and an anemic 640GB 5400RPM hard disk. Toshiba's mobile hard disks have typically been poor performers, but I imagine it keeps costs down and at least the capacity is generous. The highlight, however, is the inclusion of a combination Blu-ray reader/DVD writer. With an asking price of $699 MSRP and online price of $619, this notebook comes within striking distance of the recently reviewed Sony EE34.