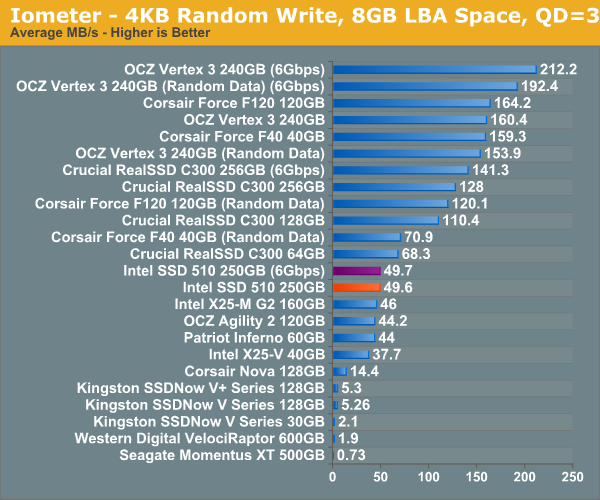 It's a bit unfortunate for Intel that we happen to start our performance analysis with a 4KB random write test in Iometer. The 510's random write performance is only marginally better than the X25-M G2 at 49.7MB/s. The RealSSD C300 is faster, not to mention the SF-1200 based Corsair Force F120 and the SF-2200 based OCZ Vertex 3.

Although not depicted here, max write latency is significantly reduced compared to the X25-M G2. While the G2 would occasionally hit a ~900ms write operation, the 510 keeps the worst case latency to below 400ms. The Vertex 3 by comparison has a max write latency of anywhere from 60ms - 350ms depending on the type of data being written. 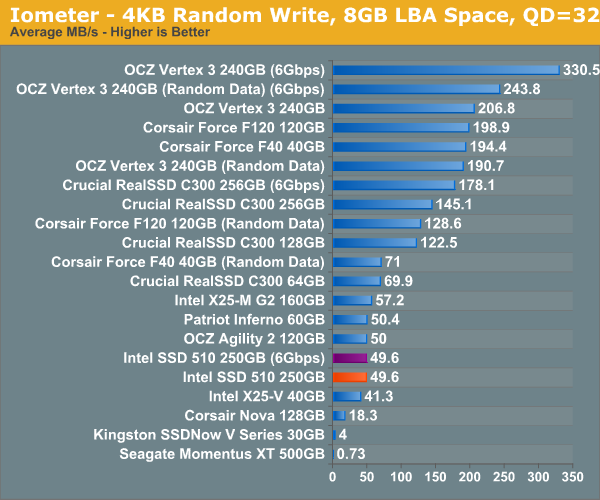 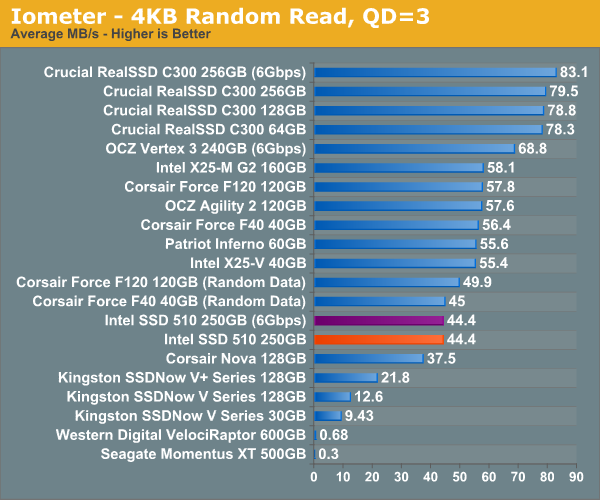