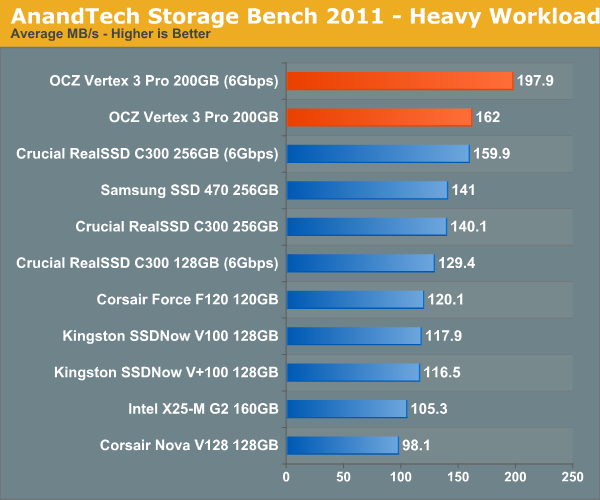 If we break out our performance results into average read and write speed we get a better idea for the Vertex 3 Pro's strengths: 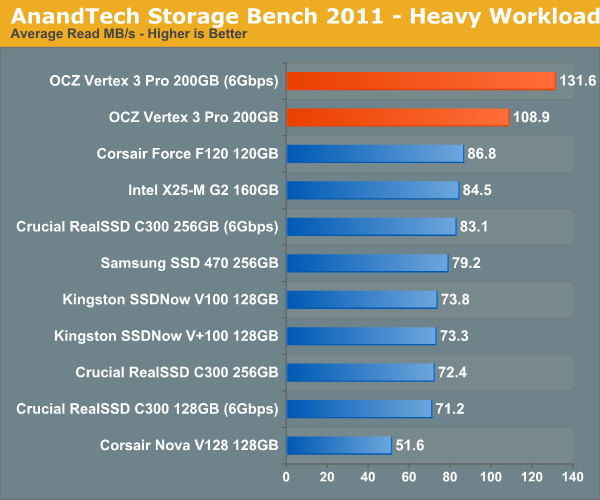 The SF-2500 is significantly faster than its predecessor and all other drives in terms of read performance. Good read speed is important as it influences application launch time as well as overall system responsiveness. 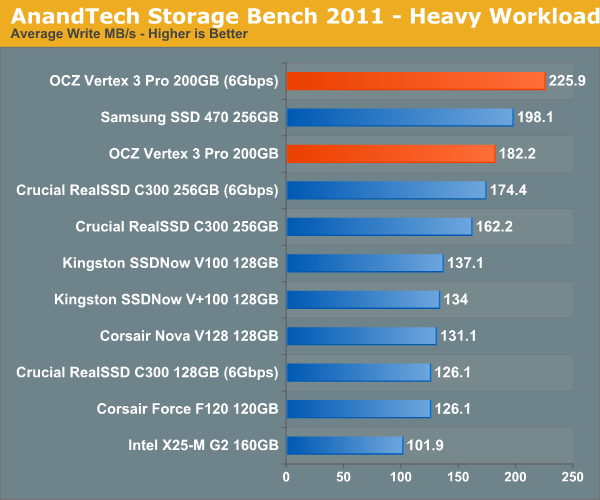 Average write speed is still class leading, but this benchmark uses a lot of incompressible data - you'll note that the Vertex 3 Pro only averages 225.9MB/s - barely over its worst case write speed. It's in this test that I'm expecting the new C400 to do better than SandForce. 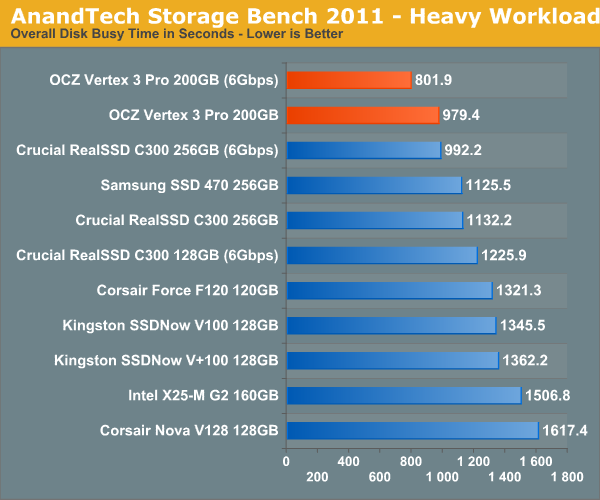 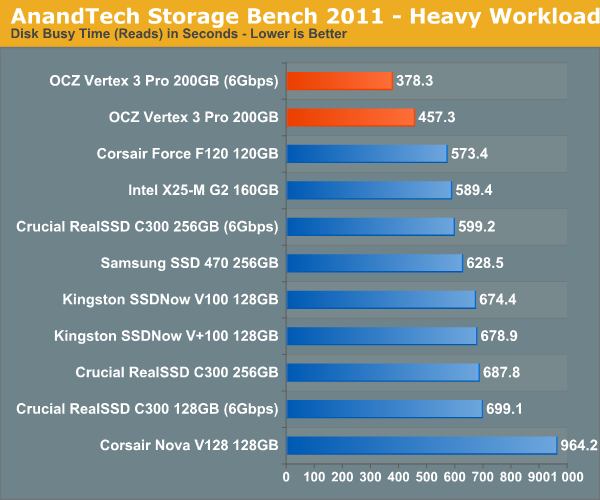 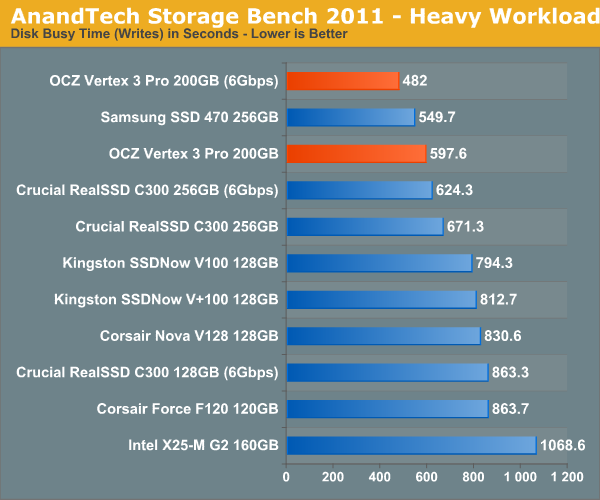