Ubisoft’s 2008 aerial action game is one of the less demanding games in our benchmark suite, particularly for the latest generation of cards. However it’s fairly unique in that it’s one of the few flying games of any kind that comes with a proper benchmark. 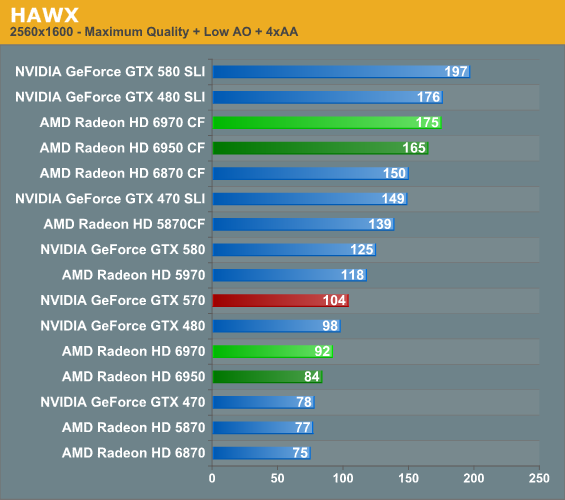 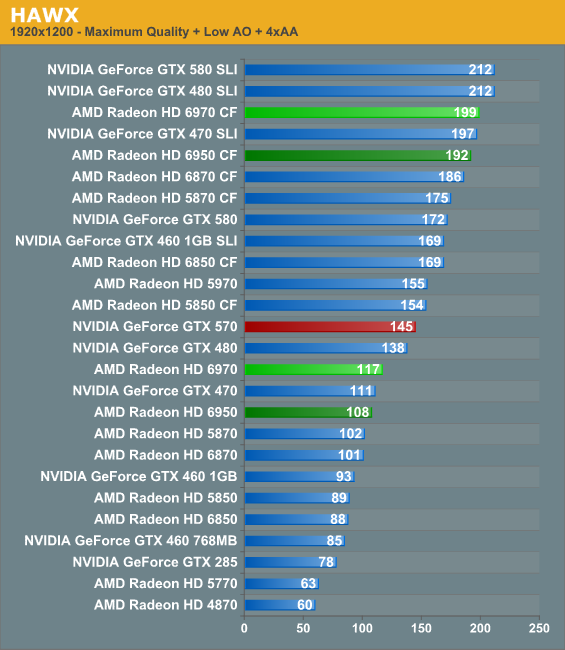 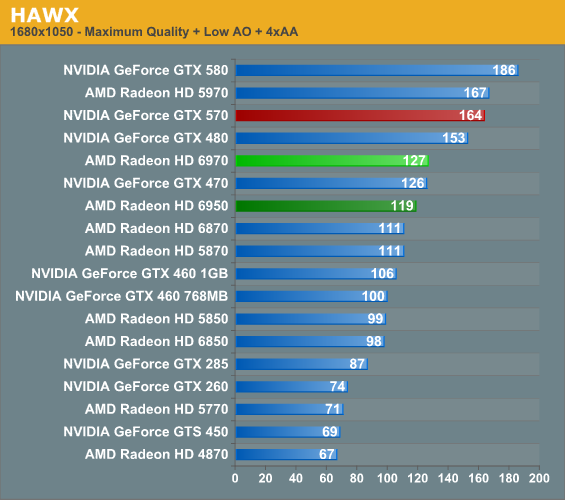 HAWX is a game that traditionally favors NVIDIA, so there aren’t any major surprises here. At 2560 the gap is nearly 10% between the 6970 and 570, while it grows to 20% at 1920. The difference is largely academic – I’m not sure even NVIDIA’s DX10 SSAA mode can make HAWX anything but buttery smooth – but it’s an area where the Radeon consistently falls up short. Meanwhile CrossFire and SLI scaling is almost equal here, leading to even more ridiculous framerates but no change in ranking.