When it comes time to put together a PC for friends or family, price is usually a driving factor in every component selection. Depending on what compromises you're willing to make, you can easily get a complete system for under $500 (sans LCD, OS, and peripherals), but if I'm putting together a system I don't want compromises—I want a good PC that I'm confident will last at least three years, barring unforeseen component failures. So, my go-to system tends to focus on balancing price, quality, and performance, which means I check in right around the $500 mark. That's not bad for a PC, but what if you're interested in gaming?

Here's the thing so many people overlook when it comes to gaming consoles. The basic hardware will set you back $300 or less, but you end up occupying the living room, games cost more, and if you want to do things like surf the Internet, type a report, email, print, etc. you still have to have a PC somewhere in the house. So take your standard home/office PC, make sure you have a few upgrade options available (i.e. don't buy one of those ultra-budget systems with a tiny power supply, cramped chassis, and no PCIe x16 slot), and then you go out and buy a decent graphics card. Even the $115 graphics cards pack plenty of performance (i.e. the GeForce GTS 450), but for serious gaming you should plan on spending more like $200 and getting a GTX 460 or HD 6850. That's what I've done here, with a few other noteworthy extras. 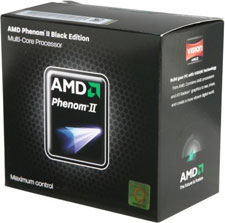 First, notice the CPU: AMD's Phenom II X4 965 Black Edition. The stock 3.4GHz clock is already more than fast enough for any games, but the Black Edition means you can play around with overclocking without needing to raise bus or memory speeds. Sure, Intel has faster processors available, but for less than $200 it's going to be very difficult to match the performance of the Phenom II 965!

With an AMD CPU and motherboard chipset, $10 more gets you basic CrossFireX support—in this case courtesy of the ASUS M4A88T-V. You also get native SATA 6.0Gbps ports from the chipset and USB3.0 ports, so you've got just about everything you need to last you through the next two generations of hardware. And if games get to the point where a single 6850 can't handle your chosen resolution/settings, you can grab a second card and boost your performance! If you're serious about the CrossFireX route, though, you might want a motherboard with dual x8 PCIe slots as opposed to the x16/x4 on the selected ASUS board, in which case you're looking at another $20 to get something like the Gigabyte A-890GPA-UD3H.

As far as the GPU goes, the video card I selected is AMD's latest Radeon 6850, which is roughly on par with NVIDIA's GeForce GTX 460 1GB. Honestly, I would probably lean towards the latter on an Intel setup, but getting SLI support on an AMD platform is becoming rather difficult and pairing the AMD CPU with an AMD GPU has a nice symmetry to it. I'd suggest 1080p and high details as reasonable for the 460 and 6850, but you'll need to turn off antialiasing in some titles to get acceptable performance. The 6850 GPU I selected also comes from ASUS, by virtue of the fact that it was the quietest card in our 6850 roundup. 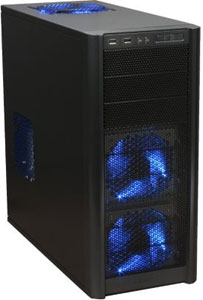 Some enthusiasts like to stay on the cutting edge, but that costs more money and the net difference often isn't worth the price of admission. I've been running an Intel Kentsfield processor at 3.2GHz for the past three years as my primary system (about the same performance as the Phenom II 965), and while I have a faster Core i7 desktop available I honestly don't notice the difference in most tasks. Gaming depends primarily on your GPU (unless you have a really slow CPU like Atom), so that's where you need to focus your money. You could even go with a cheaper CPU like the Athlon II X4 645 or the Phenom II X4 810, but as you can see from the linked results the overall performance drop likely isn't worth the money saved—especially if you want to upgrade to CrossFire down the road. Also worth noting is that there are games that hit the CPU quite hard (StarCraft II in large battles is particularly brutal), so don't skimp too much.

The rest of the components I've selected are still good in their own right, and there are plenty of sales and combo offers right now. If you have a bit of extra money left over, adding a moderate 64GB SSD as your OS/application drive is certainly worth doing, but with a focus on keeping costs down and gaming performance up, I left it out (and I'm sure others will include it). If you want an alternative to my selection, you could even go with the winning Newegg EggXpert PC SuperCombo (which has quite a few similarities to my build). Just add an OS, display, keyboard, and mouse and you're golden!