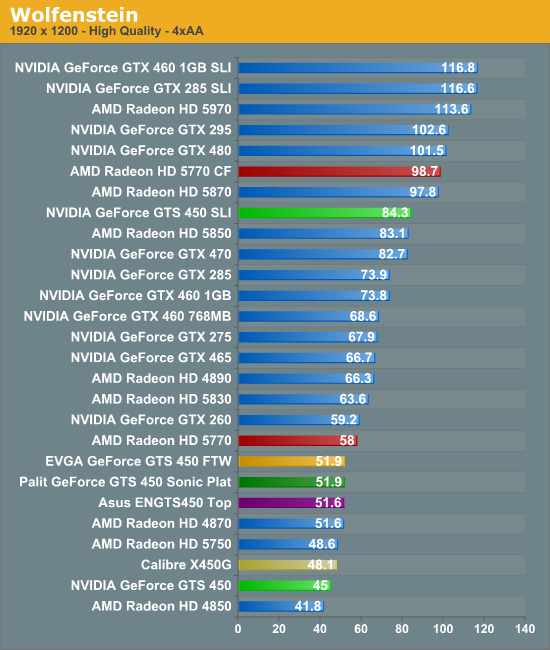 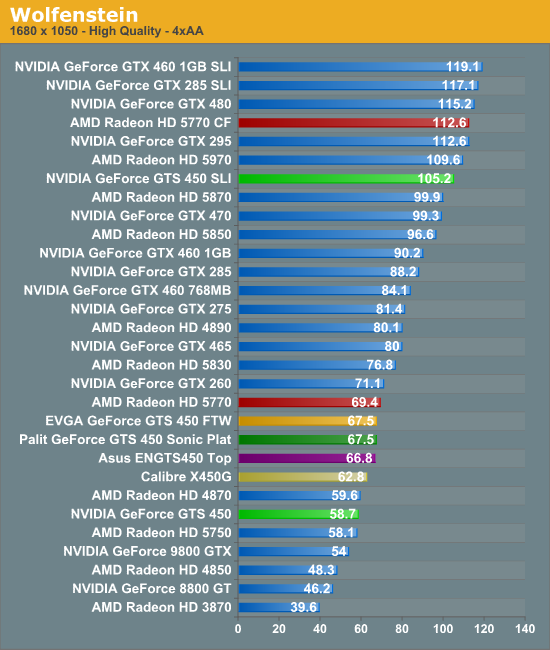 Wolfenstein is a game where the fact that the GTS 450 isn’t a “full” GF106 part likely comes to hurt it. Just skating by the 5750, it’s in no way a threat to the 5770. Even the factory overclocked cards still miss that mark by a couple of frames per second.