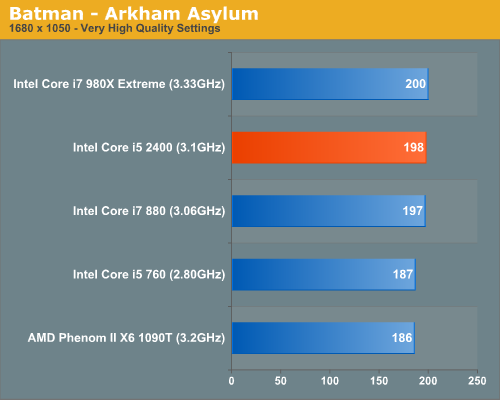 Gaming performance is competitive, but we don't see any huge improvements under Batman. 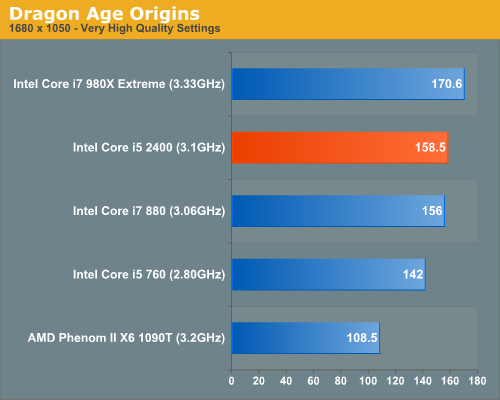 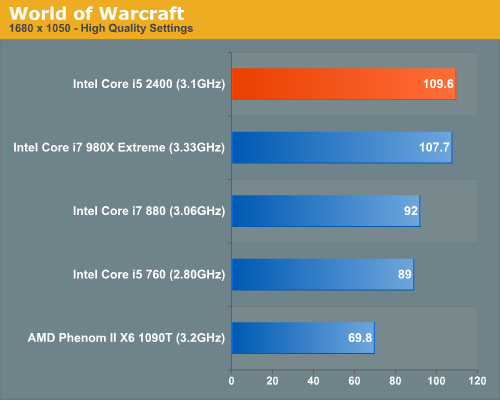 Performance in our WoW test is top notch. The i5 2400 is now the fastest CPU we've ever run through our WoW benchmark, the Core i7 980X included.

We've been working on putting together Starcraft II performance numbers, so here's a quick teaser: 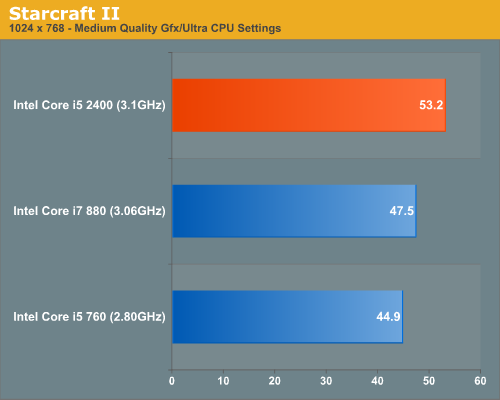