Much Prettier than the Original

Microsoft took a page from Sony’s playbook and outfitted the new Xbox 360 with all touch sensitive buttons. The eject button is much smaller but extremely sensitive, not to mention you get a loud beep whenever you hit it. There are no issues with knowing whether or not you hit the eject button. 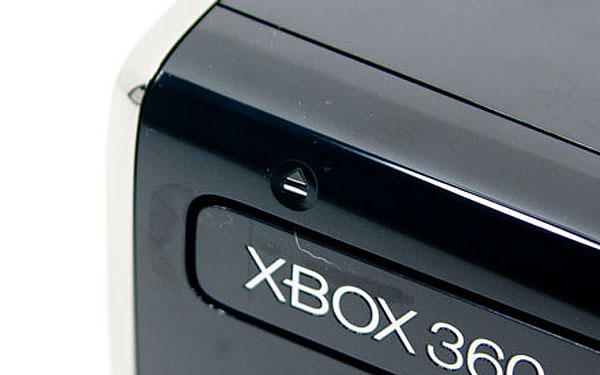 The power button is pretty much the same way, a light tap will toggle it and send you on your way. The green ring of light apparently doesn’t turn red anymore (it only flashes green when there’s a problem? engineering meet marketing). On the bright side like Jasper before it, there is no reason the new Xbox 360 should have the same RRoD problems as the older models. As you’ll see from the dissection not only is it a new chip fabbed on a new process, but it’s apparently cool enough to require much less force exerted on it by the heatsink clamp.

The exterior is a glossy black plastic. It looks great but picks up fingerprints and smudges like the dickins. A definite problem for those of you who like to cart your 360s around. 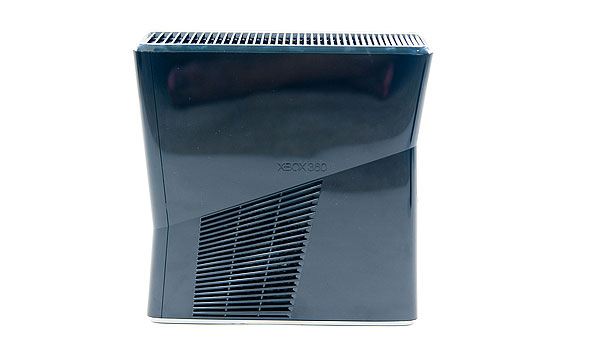 The Xbox 360 memory units are no longer supported but there are two USB ports up front that will accept USB drives as data storage.

Around back you get an optical audio out, Xbox 360 AV connector, HDMI output, three more USB ports, Ethernet port and input for Microsoft’s Kinect peripheral due out later this year.

There’s 802.11n support integrated into the new Xbox 360. If you open up the case you’ll see a USB 802.11n adapter plugged into an internal USB port. This also makes me wonder if we’ll see a cheap version of the new 360 without WiFi support. 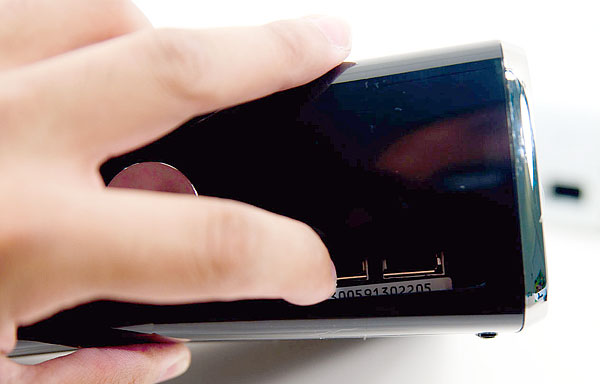 The hard drive is still a 2.5” model but now it’s tucked away at the bottom of the system (standing up) in a much smaller case. To get to it just pull back on a couple of the fins which will let you remove a part of the cover: 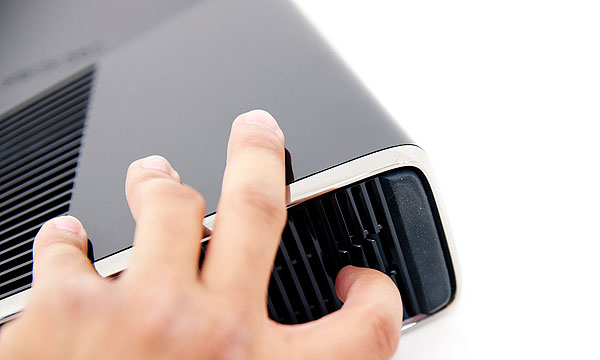 Yanking on the black ribbon (it takes a bit of pulling) will pull out the hard drive itself. Microsoft appears to have sealed this drive up pretty well. I’m not sure there’s a way to remove the physical drive without irreversibly breaking open the case. I had other ways of figuring out what was inside so I didn’t bother taking this one any further. 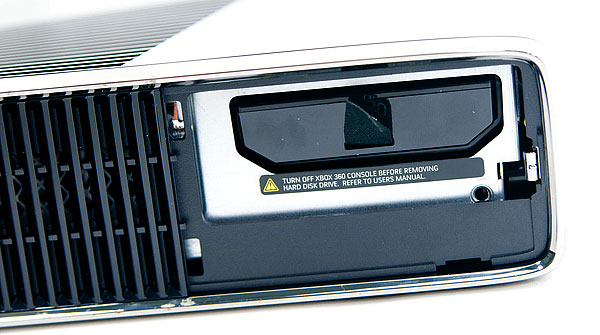 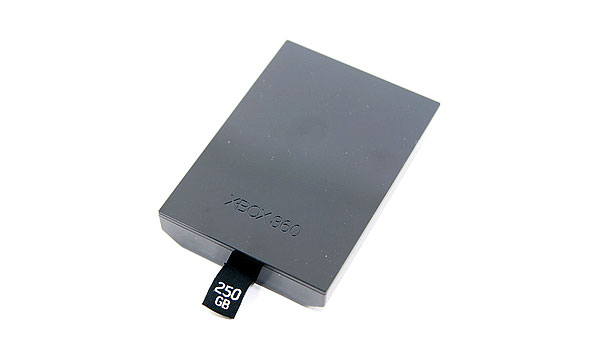 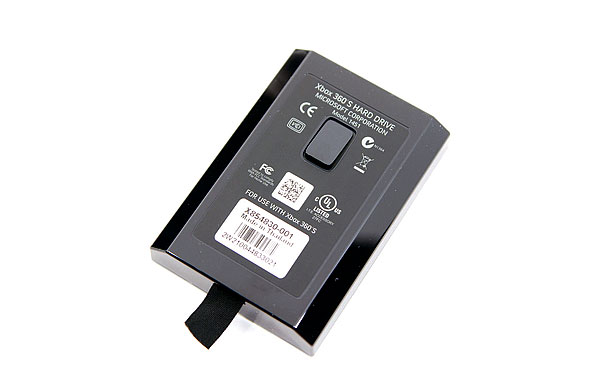 And just for fun here's a comparison shot to the old HDD: 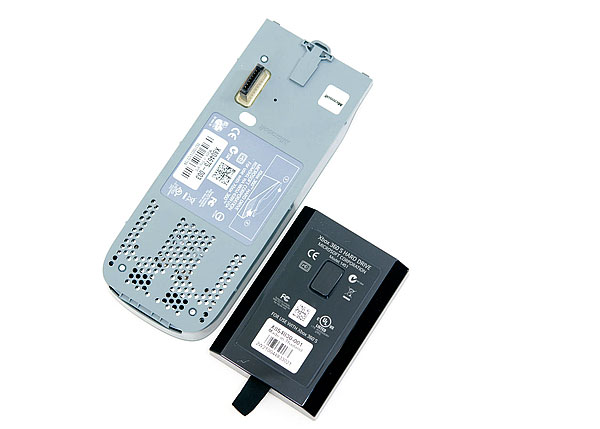 The funny part is the hard drive form factor never changed, just the case it came in.