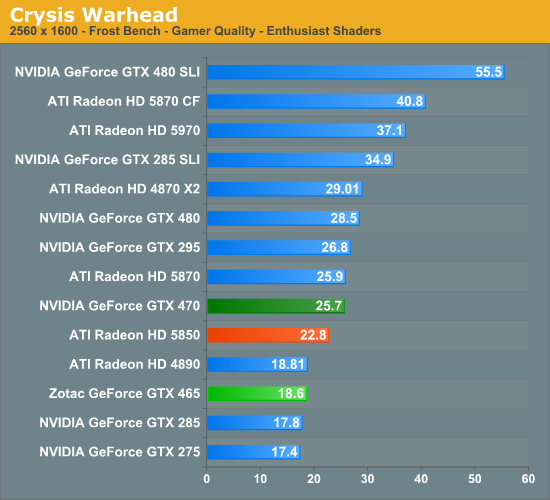 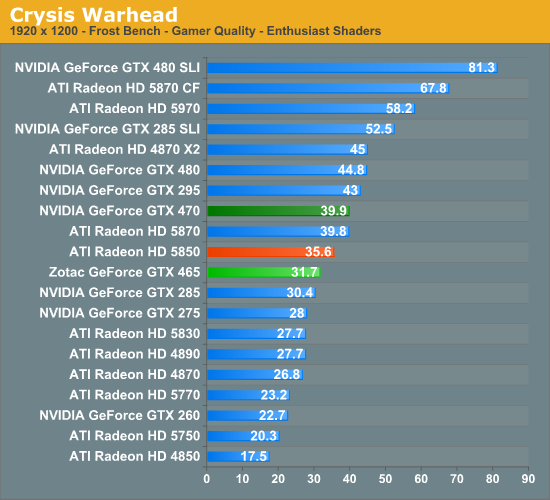 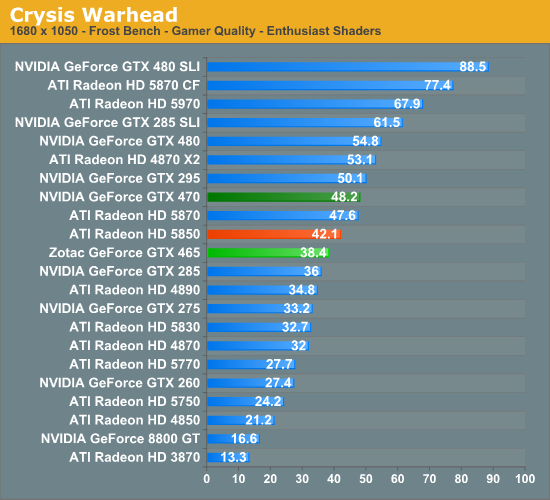 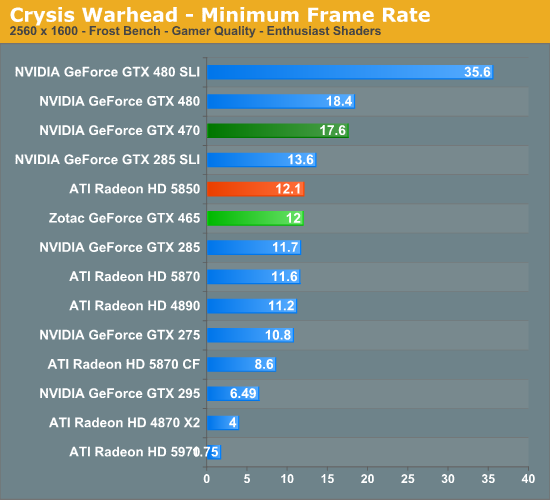 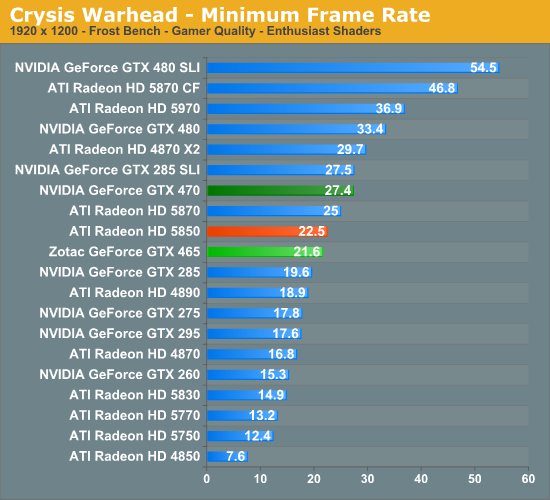 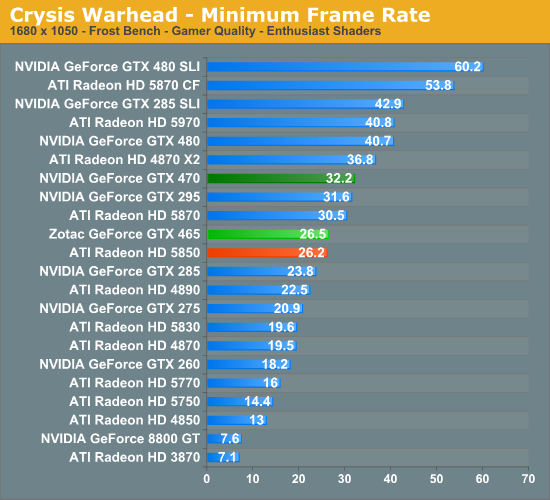 Kicking things off as always is Crysis: Warhead, the toughest game in our benchmark suite. The GeForce GTX 465 trails the Radeon HD 5850 by about 4fps at every resolution. This translates to within 91% and 82% of the 5850’s performance, with that gap increasing with resolution. Ultimately NVIDIA just misses the sweet-spot at lower resolutions. Meanwhile the minimum framerates are almost tied with the 5850, which is roughly what we expect based on the fact that the GTX 465 doesn’t have a memory capacity advantage like the GTX 480 and 470.