Brandon Hill, Editor in Chief of DailyTech, IMed me an hour ago with this: "OK, stop laying on the couch with your iPad and do some OS X benchmarking". He ended the IM with a link to a DT article stating that less than a week after Apple opened hooks into NVIDIA's VP2 decode engine, Adobe delivered a version of Flash 10.1 with GPU acceleration under OS X (Windows users have had it for six months now).

Impressive turnaround time for a company that has recently been thrashed by Apple quite a bit. It just goes to show one thing: there's no room for ego in engineering. Adobe claims the beta only supports Flash acceleration on the GeForce 9400M, GeForce 320M or GeForce GT 330M, however in my testing it worked fine on EVGA's GeForce GTX 285 Mac Edition. The tests below look at CPU utilization of the Flash plugin alone in Chrome (this is single core CPU utilization). The column on the left is without GPU acceleration, the one on the right with GPU acceleration:

While hardware acceleration doesn't appear to work on Hulu's website, there's definitely an improvement in CPU utilization when scaling to full screen. YouTube is a different story however. CPU utilization is cut roughly in half. The fact that it's taken this long is upsetting, but at least we're making some progress. You can tell the GPU acceleration is working if you see a little white square in the upper left hand corner of your YouTube video: 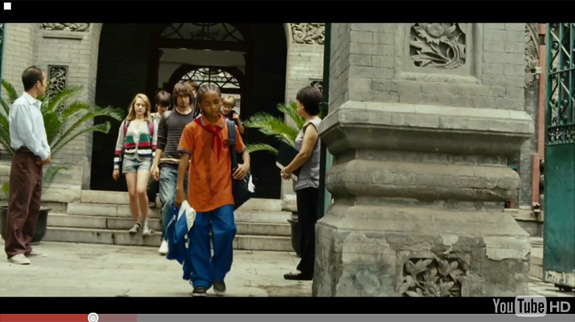 Because the GPU acceleration only works on NVIDIA hardware, owners of the new 15/17-inch MacBook Pros will tradeoff lower battery life for lower CPU utilization (the NV GPU has to be powered up during Flash video playback). Hopefully this is just the first step as there's no reason why Intel's HD graphics can't offer the same H.264 acceleration as the NVIDIA GPUs.

And to set the record straight, I wasn't laying on the couch with my iPad.