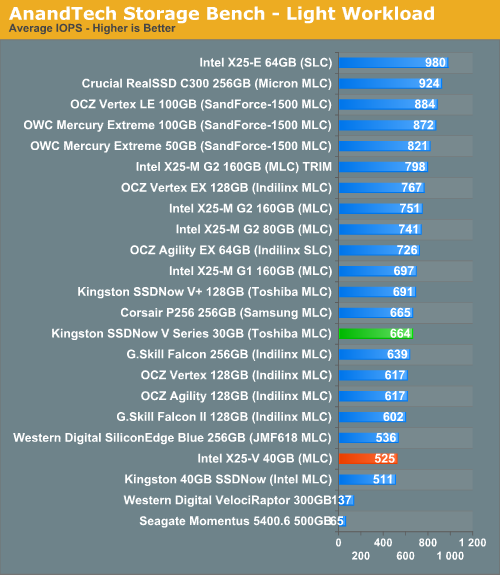 Intel's X25-V performs virtually identically to the older Kingston 40GB Boot Drive. The new 30GB drive does have the advantage though, performing much more like an Indilinx drive than a scaled down X25-M thanks to its higher sequential write speed. 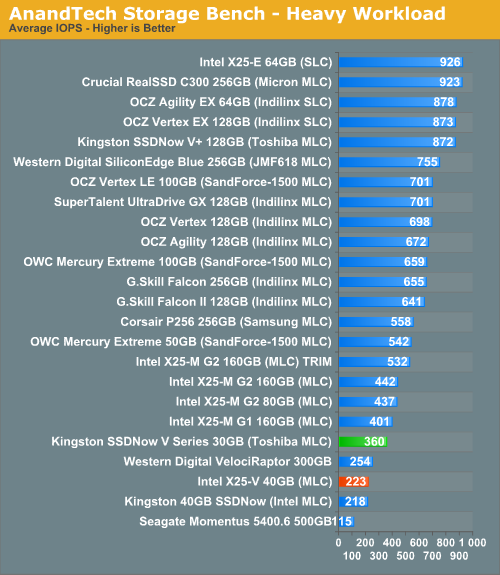 Crank up the sequential writes and Kingston's lead grows. The 30GB V series drive almost performs like an X25-M G1 in this case. The X25-V on the other hand performs more like a low latency VelociRaptor. Still better than a hard drive, but don't expect to copy files any faster. 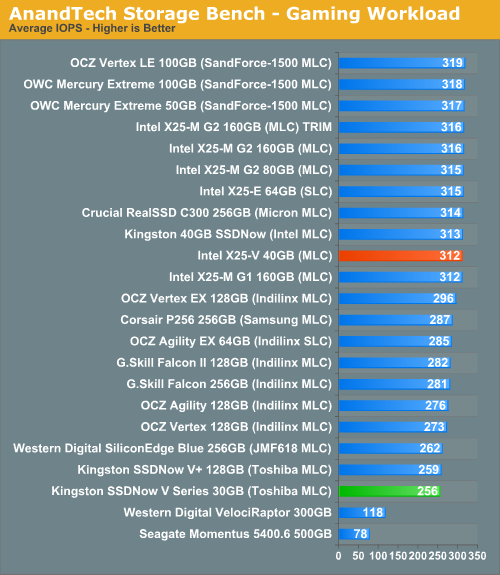