We tried all of these games on the Gateway EC5409u and 1201N. With its GMA 4500MHD GPU and with the latest drivers, the EC5409u performance is in the single digits on most titles, even at minimum detail levels. We wanted to show results for the 1201N and its closest competition in a large number of titles, including older and newer games. (We brought back a few older gaming tests to see if 1201N could run them acceptably; we didn't try to pull together results from previously tested laptops on those games.) 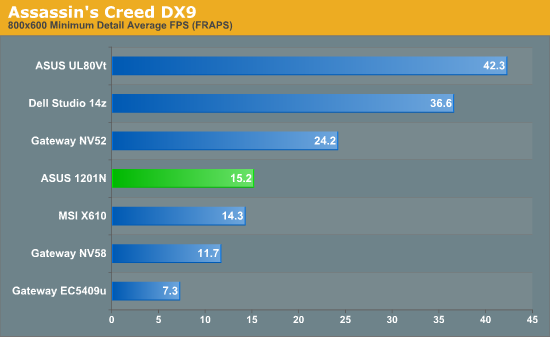 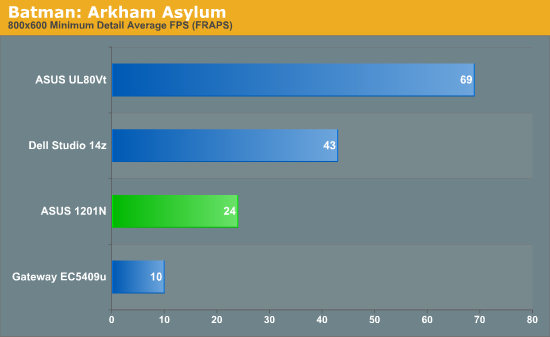 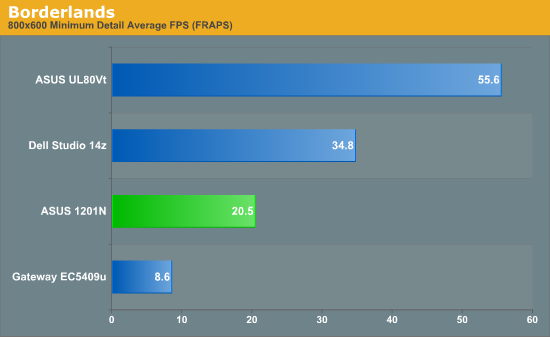 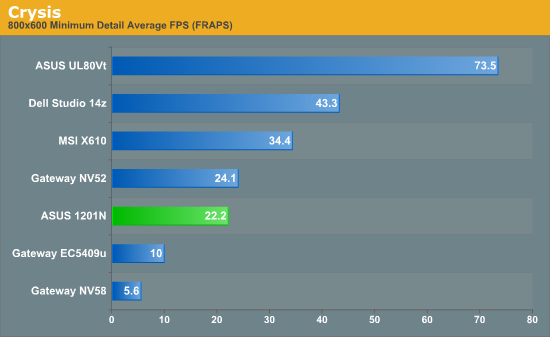 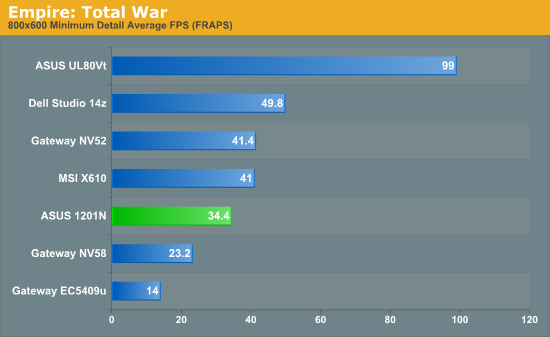 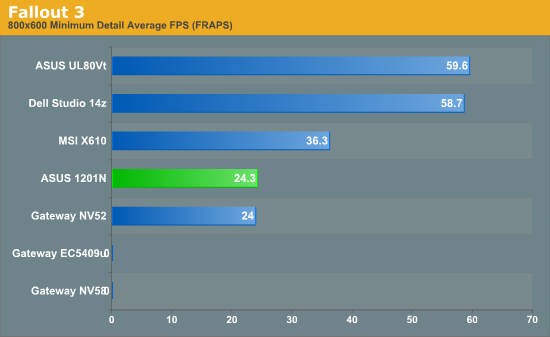 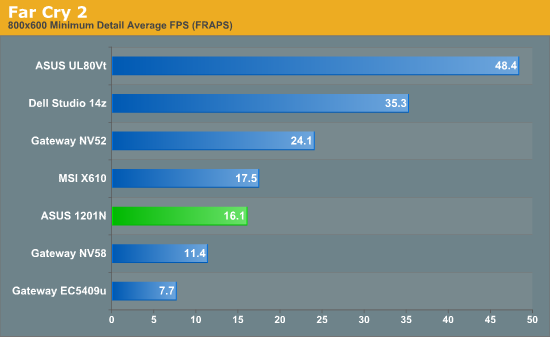 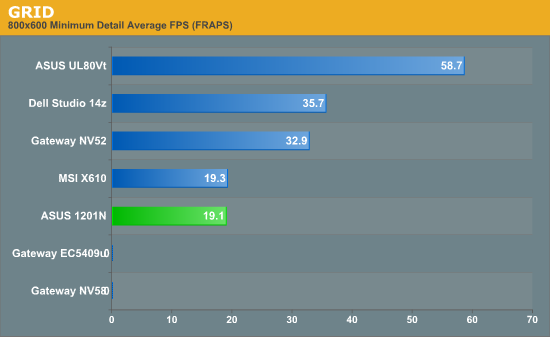 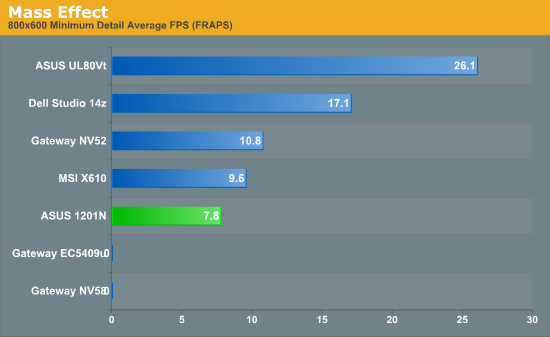 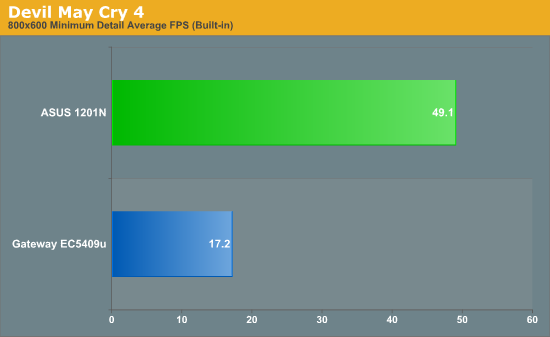 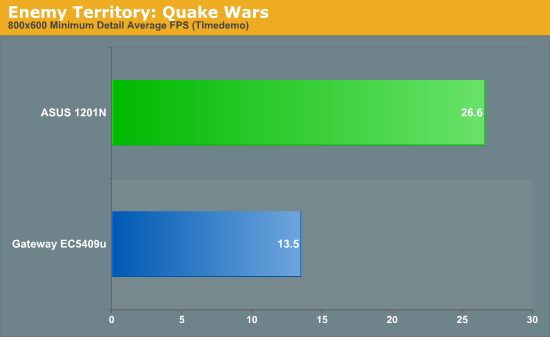 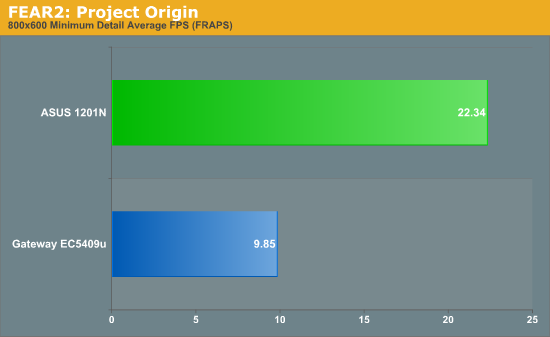 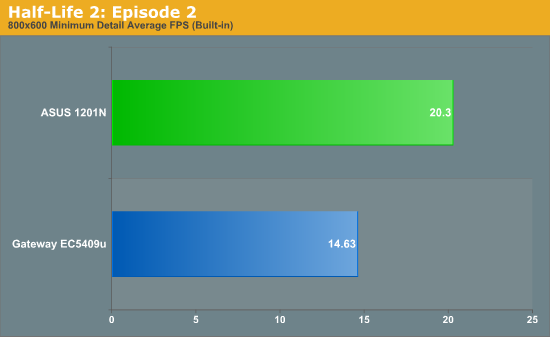 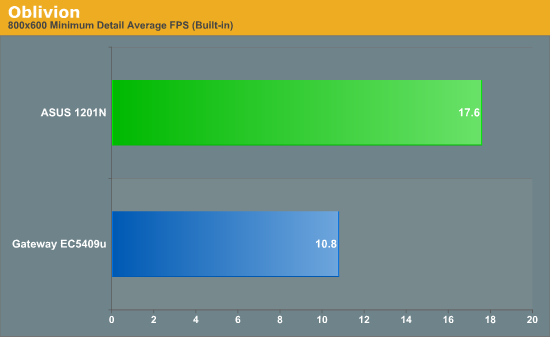 So the good news is that the 1201N can definitely handle gaming… but the bad news is that it's only in some games. Falling into the "acceptable performance" category are titles like Empire: Total War, Fallout 3, Devil May Cry 4, Spore, Sims, and any other less demanding titles. A few titles are borderline, like Batman: Arkham Asylum, Borderlands, Crysis, FEAR2, Half-Life 2 EP2, Oblivion, and Enemy Territory: Quake Wars. Games that really stress the CPU performance end up in the dog house. Assassin's Creed, Far Cry 2, GRID, and in particular Mass Effect all fall into the "need more CPU power" category. Still, the 1201N is a universally superior gaming solution compared to any laptop using current Intel graphics.