After nearly a year-long build-up, Microsoft’s ongoing pre-launch campaign to woo computer users has come to a close, with the public launch of Microsoft’s latest and greatest desktop OS, Windows 7.

Windows 7 is being born in to a world of uncertainty, one Microsoft has never faced before to such a degree. Apple’s (and Mac OS X) market share is the highest it’s been in over a decade. Linux has finally gained however small a foothold in home computers through netbooks. And what was Microsoft’s next-gen operating system, Windows Vista, has taken enough backlash that it’s going to be in therapy for the rest of its life.

By no means are these troubled times for Microsoft, but never has victory been less assured.

Unfortunately, Windows Vista started life as a technical misfit, something even we didn’t fully comprehend until later. It ate too much virtual address space, it copied files slowly, and it ran poorly on the lowest of the low-end computers of the time. Microsoft fixed many of these problems by the time SP1 hit, but by then it was too late. Vista went from a technical misfit to a social misfit, with no hope of immediate redemption.

So Windows 7 is being launched with some gargantuan tasks on its shoulders, few of them technical. First and foremost, it needs to reverse Vista’s (and by extension, Microsoft’s) bad image among existing Windows users, in order to get them off of the old and insecure Windows XP. Then it needs to help stem the continuing flow of Windows users to Mac OS X, which has continued to grow over the years. And finally, it still needs to innovate enough so that Windows doesn’t end up stagnant, and ideally sell a few copies to Vista users while it’s at it.

It’s a large order, one that as we’ll see Microsoft won’t completely deliver on, but they’re going to get fairly close to.

In the meantime, we’re left a launch that has been a very long time coming. Between the public beta, the public RC, and Win7 having been finalized 3 months ago, virtually anyone that wanted Win7 has had the opportunity to try it. Anyone could get the release version by the middle of August through TechNet, MSDN, Action Pack, or any other of a number of sources that Microsoft released Win7 to well ahead of the public launch. The real launch was 3 months ago, so the public launch is almost a technicality.

And with that said, let’s get started with our final look at Windows 7. 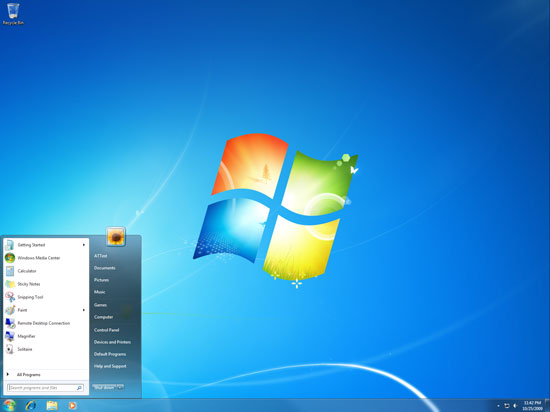