The Return of Supersample AA

Over the years, the methods used to implement anti-aliasing on video cards have bounced back and forth. The earliest generation of cards such as the 3Dfx Voodoo 4/5 and ATI and NVIDIA’s DirectX 7 parts implemented supersampling, which involved rendering a scene at a higher resolution and scaling it down for display. Using supersampling did a great job of removing aliasing while also slightly improving the overall quality of the image due to the fact that it was sampled at a higher resolution.

But supersampling was expensive, particularly on those early cards. So the next generation implemented multisampling, which instead of rendering a scene at a higher resolution, rendered it at the desired resolution and then sampled polygon edges to find and remove aliasing. The overall quality wasn’t quite as good as supersampling, but it was much faster, with that gap increasing as MSAA implementations became more refined.

Lately we have seen a slow bounce back to the other direction, as MSAA’s imperfections became more noticeable and in need of correction. Here supersampling saw a limited reintroduction, with AMD and NVIDIA using it on certain parts of a frame as part of their Adaptive Anti-Aliasing(AAA) and Supersample Transparency Anti-Aliasing(SSTr) schemes respectively. Here SSAA would be used to smooth out semi-transparent textures, where the textures themselves were the aliasing artifact and MSAA could not work on them since they were not a polygon. This still didn’t completely resolve MSAA’s shortcomings compared to SSAA, but it solved the transparent texture problem. With these technologies the difference between MSAA and SSAA were reduced to MSAA being unable to anti-alias shader output, and MSAA not having the advantages of sampling textures at a higher resolution.

With the 5800 series, things have finally come full circle for AMD. Based upon their SSAA implementation for Adaptive Anti-Aliasing, they have re-implemented SSAA as a full screen anti-aliasing mode. Now gamers can once again access the higher quality anti-aliasing offered by a pure SSAA mode, instead of being limited to the best of what MSAA + AAA could do.

Ultimately the inclusion of this feature on the 5870 comes down to two matters: the card has lots and lots of processing power to throw around, and shader aliasing was the last obstacle that MSAA + AAA could not solve. With the reintroduction of SSAA, AMD is not dropping or downplaying their existing MSAA modes; rather it’s offered as another option, particularly one geared towards use on older games.

“Older games” is an important keyword here, as there is a catch to AMD’s SSAA implementation: It only works under OpenGL and DirectX9. As we found out in our testing and after much head-scratching, it does not work on DX10 or DX11 games. Attempting to utilize it there will result in the game switching to MSAA.

When we asked AMD about this, they cited the fact that DX10 and later give developers much greater control over anti-aliasing patterns, and that using SSAA with these controls may create incompatibility problems. Furthermore the games that can best run with SSAA enabled from a performance standpoint are older titles, making the use of SSAA a more reasonable choice with older games as opposed to newer games. We’re told that AMD will “continue to investigate” implementing a proper version of SSAA for DX10+, but it’s not something we’re expecting any time soon.

Unfortunately, in our testing of AMD’s SSAA mode, there are clearly a few kinks to work out. Our first AA image quality test was going to be the railroad bridge at the beginning of Half Life 2: Episode 2. That scene is full of aliased metal bars, cars, and trees. However as we’re going to lay out in this screenshot, while AMD’s SSAA mode eliminated the aliasing, it also gave the entire image a smooth makeover – too smooth. SSAA isn’t supposed to blur things, it’s only supposed to make things smoother by removing all aliasing in geometry, shaders, and textures alike. 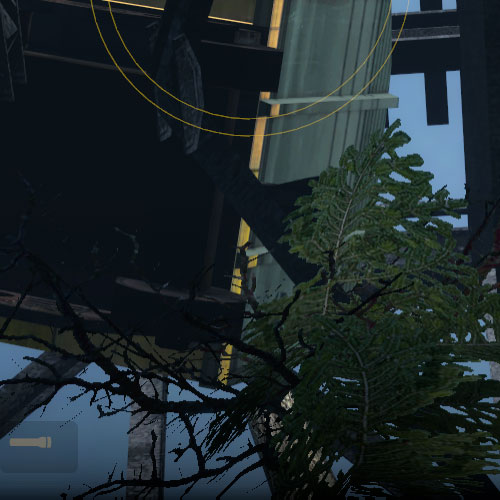 As it turns out this is a freshly discovered bug in their SSAA implementation that affects newer Source-engine games. Presumably we’d see something similar in the rest of The Orange Box, and possibly other HL2 games. This is an unfortunate engine to have a bug in, since Source-engine games tend to be heavily CPU limited anyhow, making them perfect candidates for SSAA. AMD is hoping to have a fix out for this bug soon.

“But wait!” you say. “Doesn’t NVIDIA have SSAA modes too? How would those do?” And indeed you would be right. While NVIDIA dropped official support for SSAA a number of years ago, it has remained as an unofficial feature that can be enabled in Direct3D games, using tools such as nHancer to set the AA mode.

Unfortunately NVIDIA’s SSAA mode isn’t even in the running here, and we’ll show you why.

Furthermore, when actually using NVIDIA's SSAA mode, we ran into some definite quality issues with HL2: Ep2. We're not sure if these are related to the use of an ordered grid or not, but it's a possibility we can't ignore. 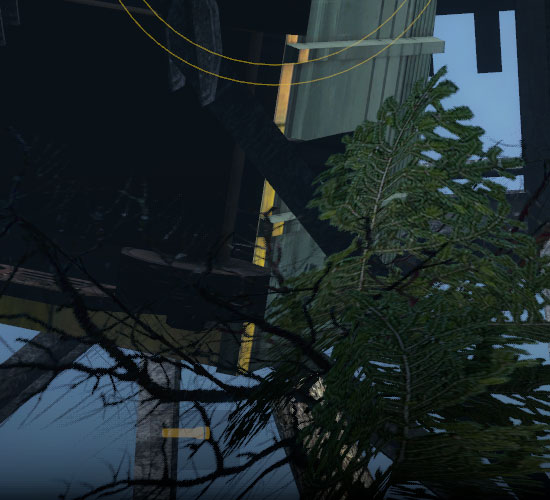 If you compare the two shots, with MSAA 4x the scene is almost perfectly anti-aliased, except for some trouble along the bottom/side edge of the railcar. If we switch to SSAA 4x that aliasing is solved, but we have a new problem: all of a sudden a number of fine tree branches have gone missing. While MSAA properly anti-aliased them, SSAA anti-aliased them right out of existence.