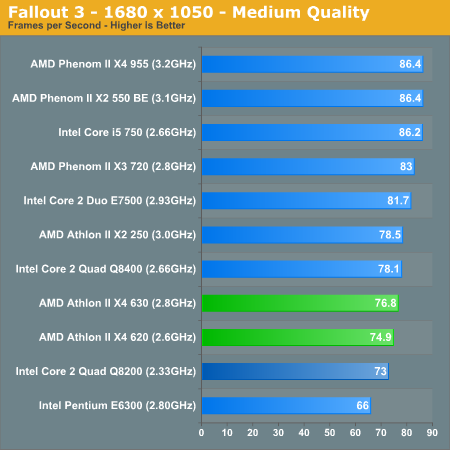 Will $99 get you a potent gaming processor? Compared to anything similarly priced, yes, yes it will. If you're building a gaming box you're still better suited for todays games with a faster dual-core processor but if you care about multithreaded performance elsewhere, the X4 won't disappoint. 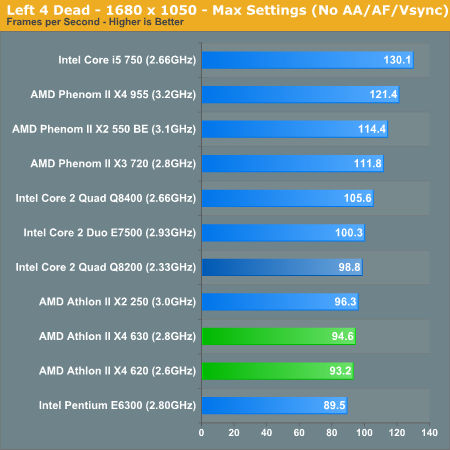 If this thing only had Lynnfield's turbo modes it would be at the top of these charts. We get respectable performance out of the Athlon II X4s, just nothing earth shattering. 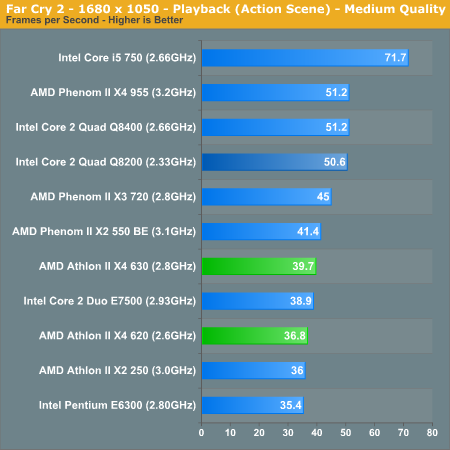 The FarCry 2 CPU bench seriously favors the Intel CPUs. This is the first and only time where the Athlon II X4 looks like it doesn't make sense. Given its success in the rest of the suite, I'll give it a pass. 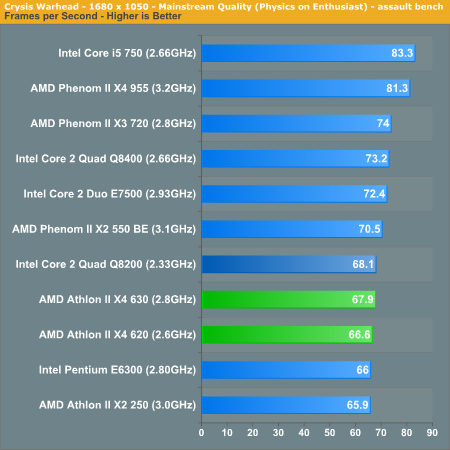