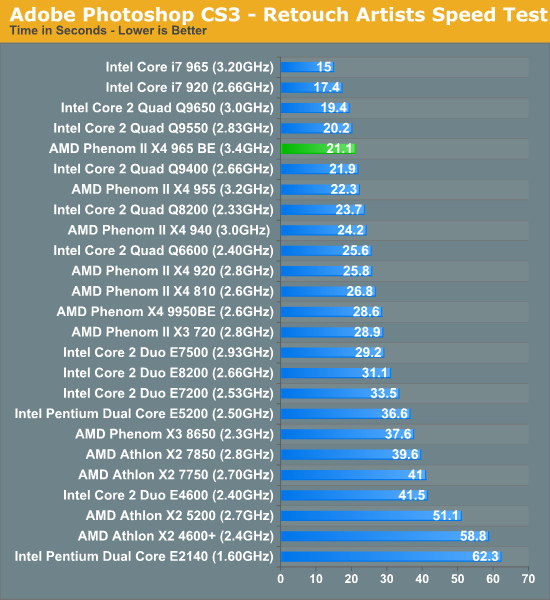 Intel's architectures are definitely favored in our Photoshop test; the 965 BE can't outperform the cheaper Q9550. 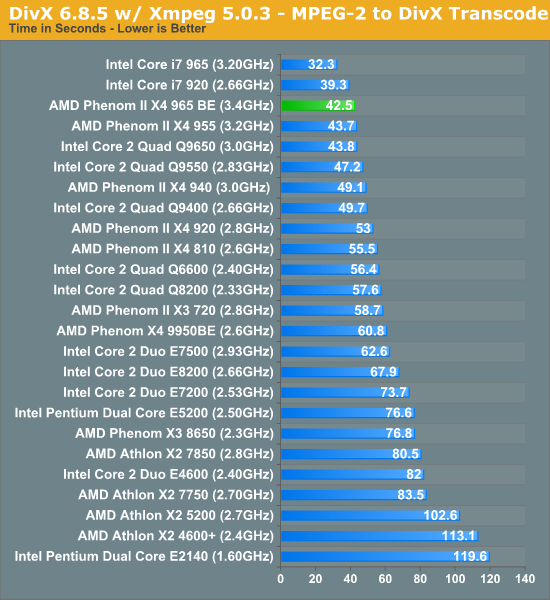 Our lighter encoding test puts the 965 BE above all of the Core 2 Quads and just behind the i7 920. 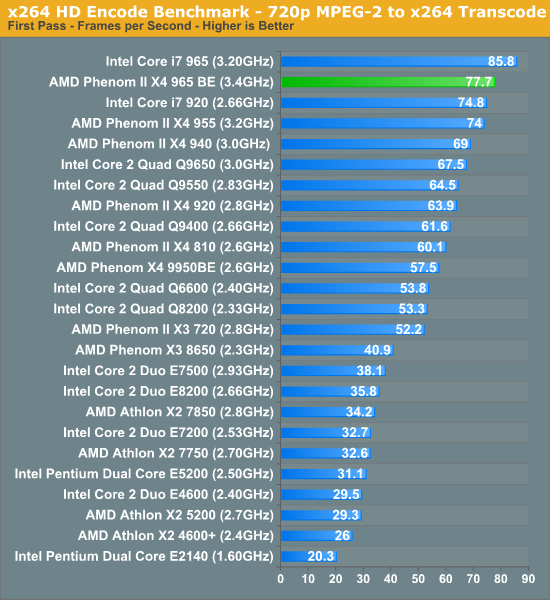 The 965 BE manages to pull ahead of the i7 920 in the first pass of our test, however the second more strenuous pass clearly goes to the i7. Compared to the Core 2 Quads however, the 965 is without an equal - it's better than the Q9650. 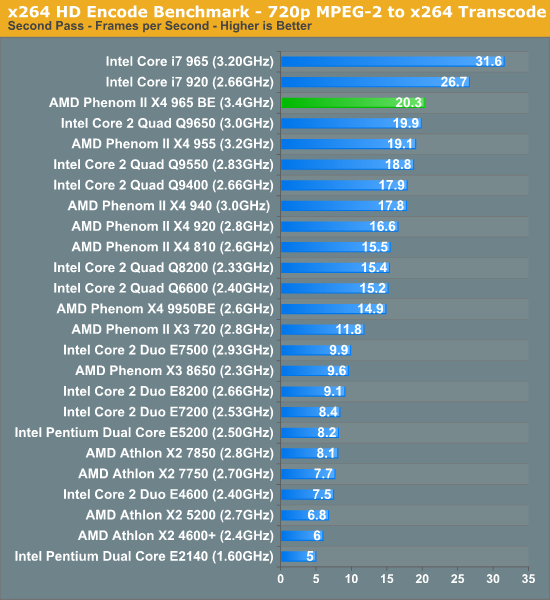 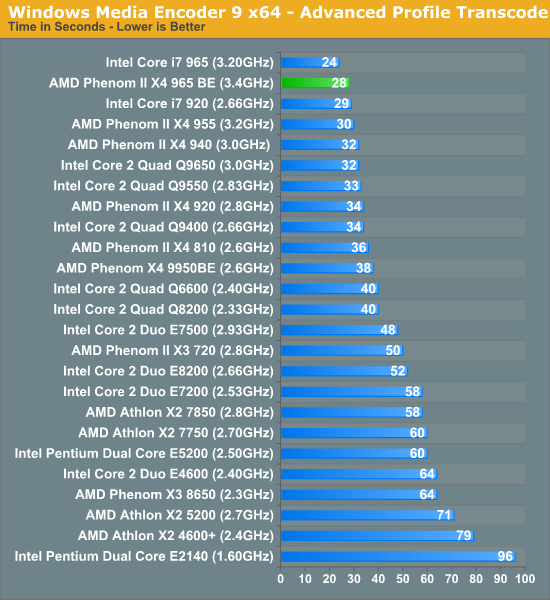 Slightly faster than the i7 920 again? Hooray for AMD.