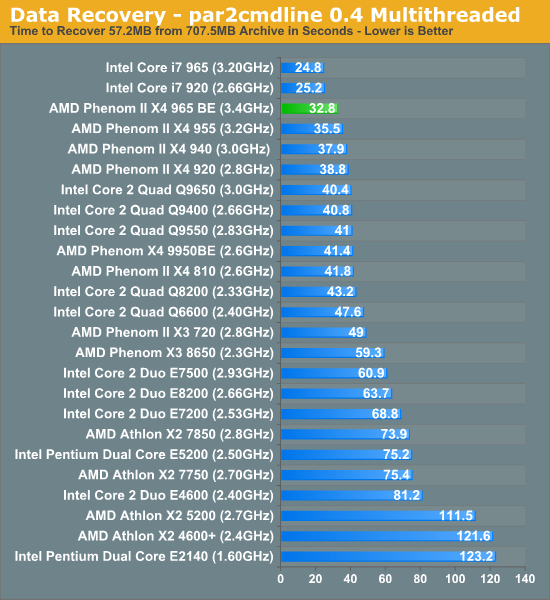 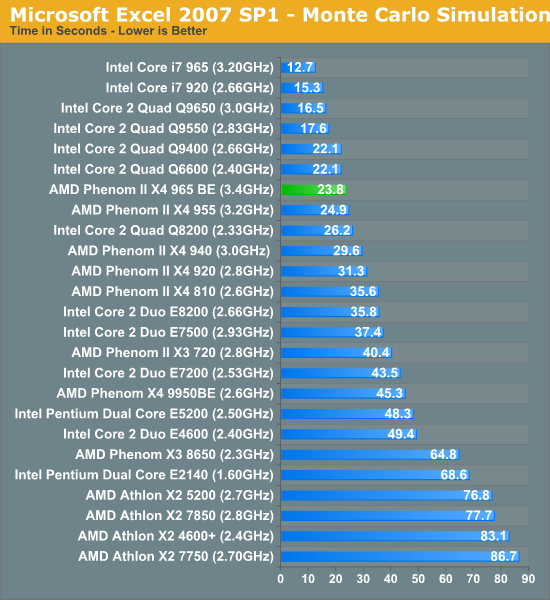 The same is true for our Excel Monte Carlo simulation - where there's an Intel optimization, the performance is predictable. 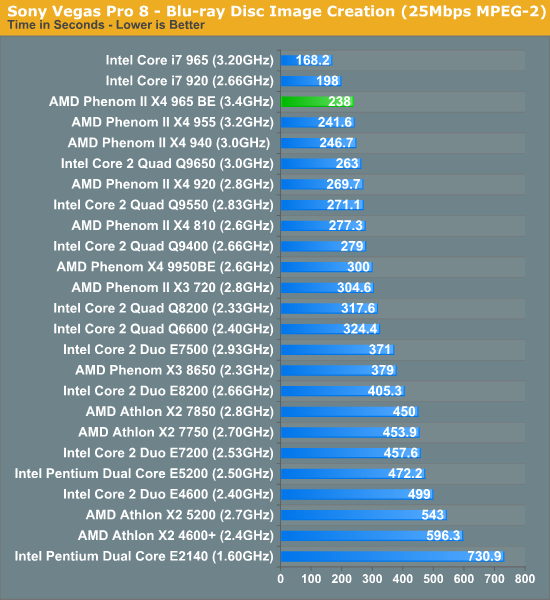 More of the same here - the 965 BE is faster than any LGA-775 Intel CPU here, but compared to i7 it's noticeably slower. 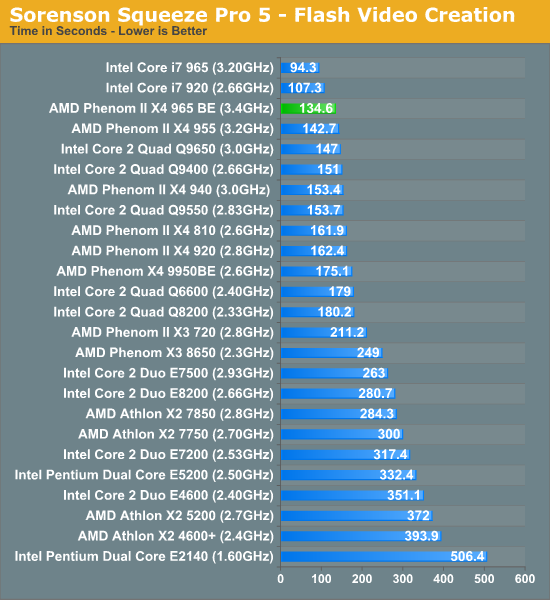 I'm running out of ways to say that the standings remain unchanged. 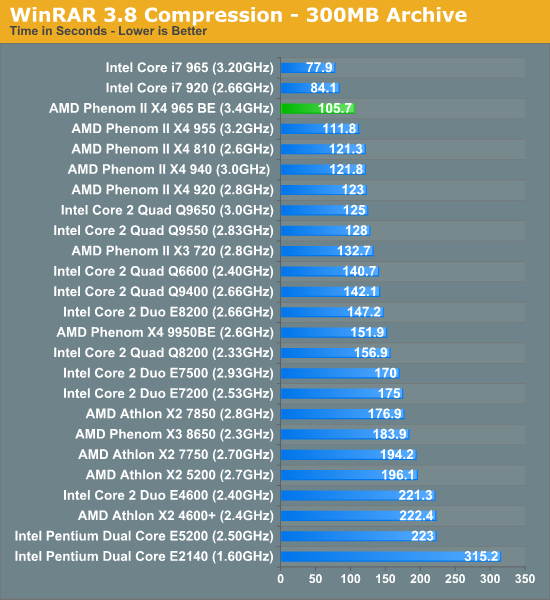