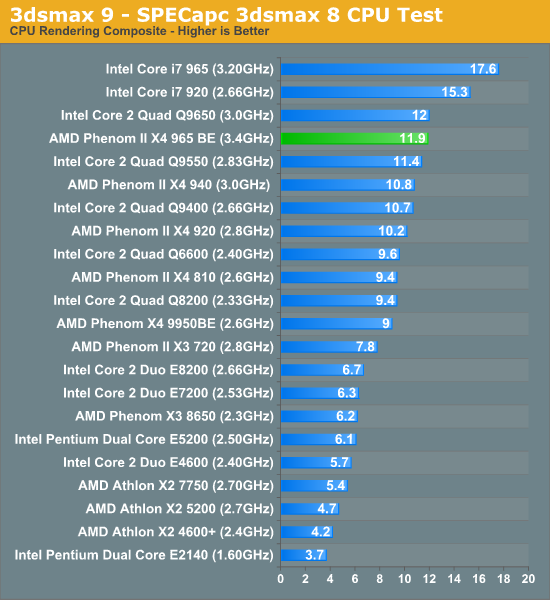 While the Phenom II X4 965 BE is able to roughly equal the Q9650 in performance, it's unable to come close to any of the i7s. In our Lynnfield preview we found that without Lynnfield's aggressive turbo modes, a 2.66GHz i5 750 would still be faster than the Q9650 so it doesn't look like Lynnfield will tip things in AMD's favor here either. 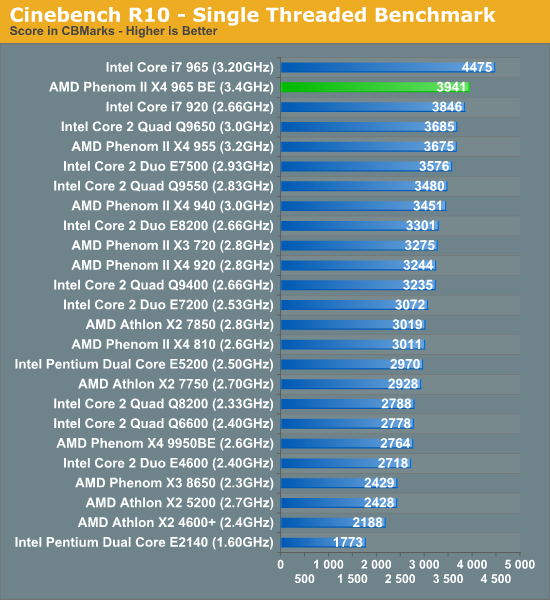 Single threaded performance is clearly an area where the i7 920 can't use Hyper Threading to its advantage. The 965 BE is second only to the i7 965. 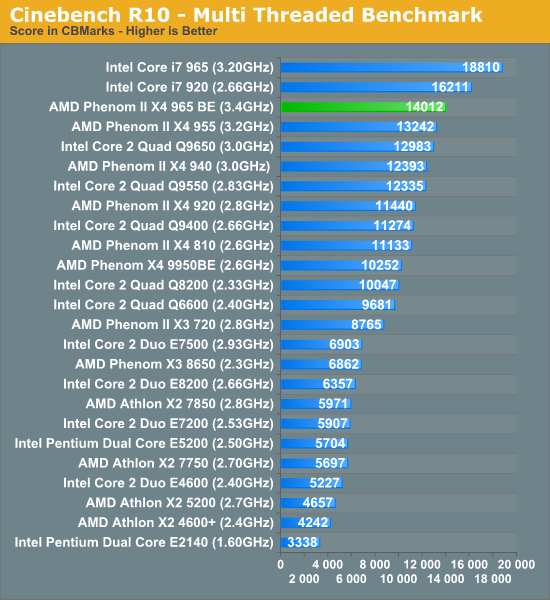 Once more, other than the i7 processors you can't touch the 965 BE. Depending on how well Lynnfield's turbo works, AMD could even be competitive against the entry level Core i5. 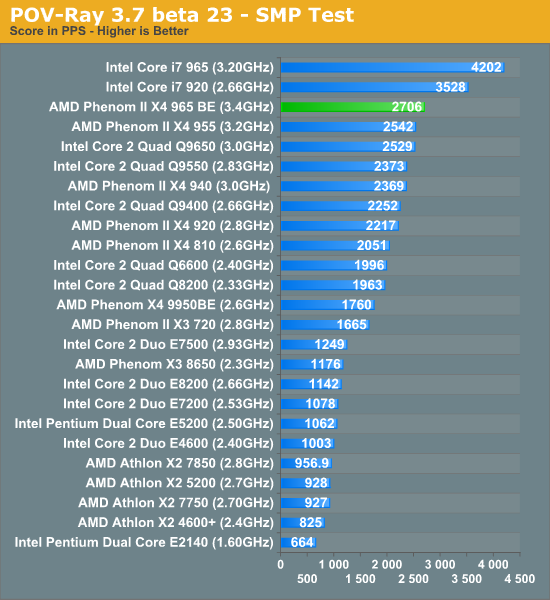 More of the same, the 965 BE is the fastest non i7 processor on the block. Even Lynnfield may find it difficult to significantly outperform the Phenom II flagship here. 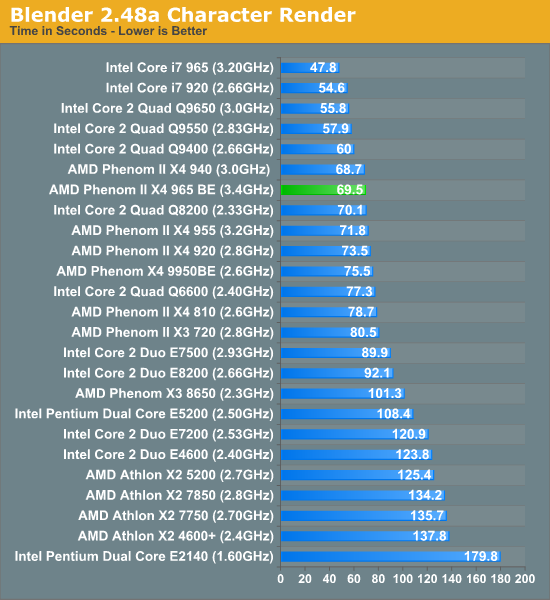 All of the DDR3 Phenom IIs are actually slower in our Blender test, but it doesn't matter since the app seems to heavily favor Intel CPUs.