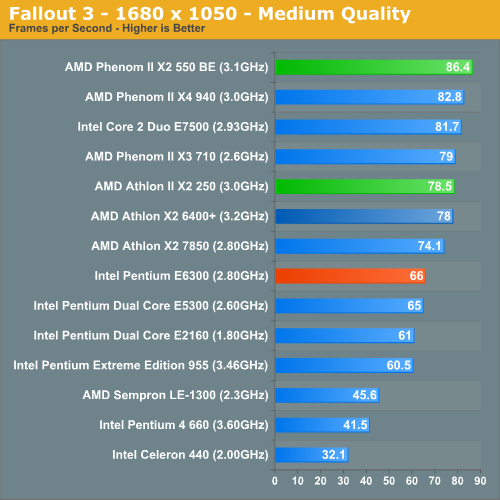 Gaming performance clearly goes to the Athlon II X2 and the Phenom II X2. Because of its high clock speed and very high core-to-cache ratio, the Phenom II X2 550 is actually faster than the Phenom II X4 940 in this test. Note that Fallout 3 isn't particularly heavily threaded so the X4's additional cores don't do much good here. 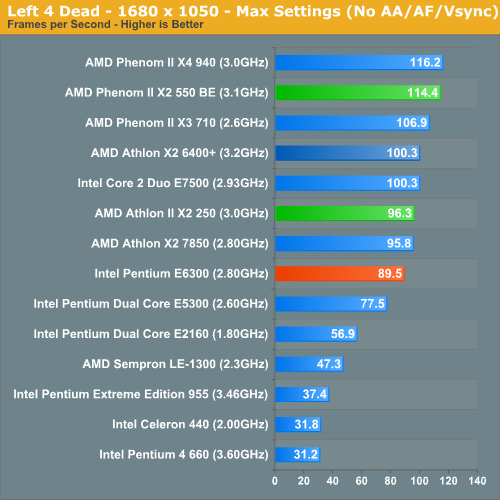 AMD continues to hold on to the gaming performance lead. 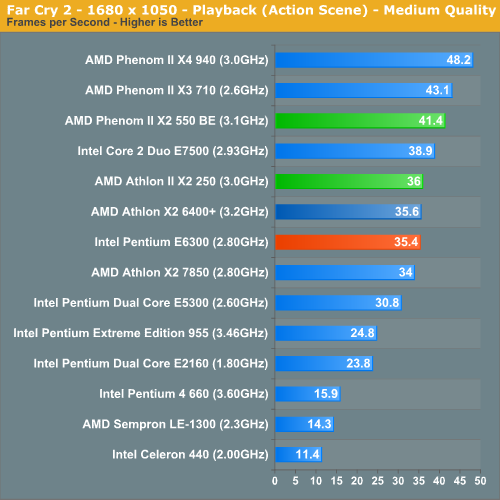 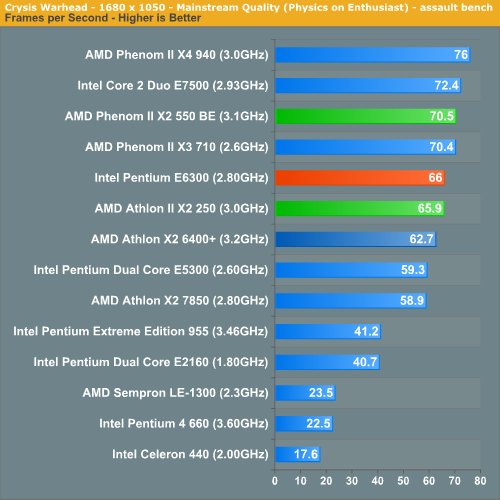