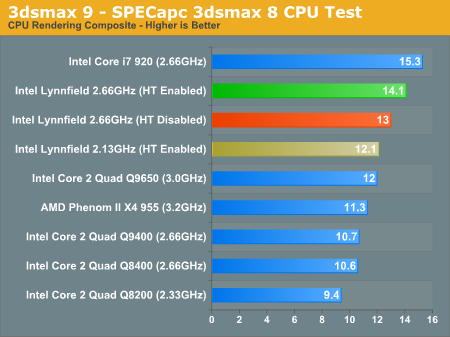 1) Hyper Threading allows the i7-920 to outperform the entry level Lynnfield by nearly 18%.

3) Intel could release an even slower Lynnfield and, by enabling HT, offer a chip faster than all other Penryn and Phenom II based processors in the market. 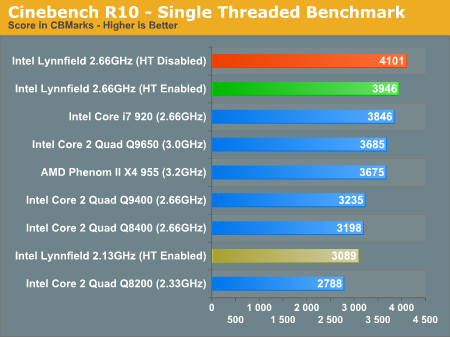 Without an aggressive turbo mode, the 2.66GHz Lynnfield sample is faster than a 3.0GHz Penryn. Even at 2.13GHz Lynnfield is able to perform like a 2.5GHz Penryn. This is a very flexible core.

These results also give you an indication of exactly how strong the dual-core Nehalem derivatives will be in notebooks late this year and into 2010. 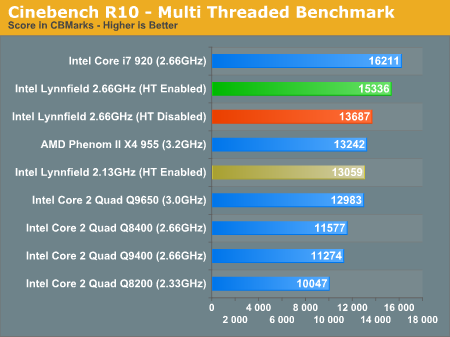 Crank up the thread count and feel the frustration brew. The entry level Lynnfield won't have Hyper Threading enabled, and thus it'll only outperform the Phenom II 955 by 3.4%. Had Intel enabled the HT switch, Lynnfield would not only be 16% faster than AMD's best but it would also be only 5% slower than the i7-920. 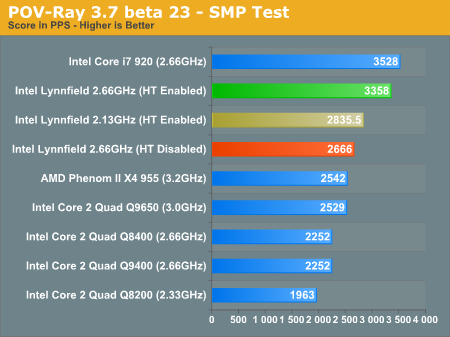 We see a similar story in POV-Ray.