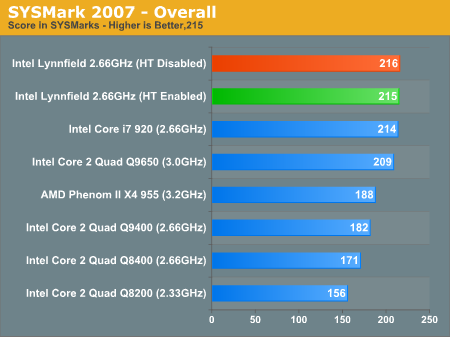 Ok. Right out of the gate, on pre-production silicon, with a pre-production motherboard and without a super aggressive turbo-mode the 2.66GHz Lynnfield sample is able to perform just as well as the i7-920. This is just as we expected given the minimal impact of triple-channel DDR3 on i7 that we pointed out in our original review.

Curiously enough, HT doesn't seem to do anything at all for Lynnfield in this test. Remember that stressing four cores is tough enough, finding eight CPU intensive threads is even more difficult. 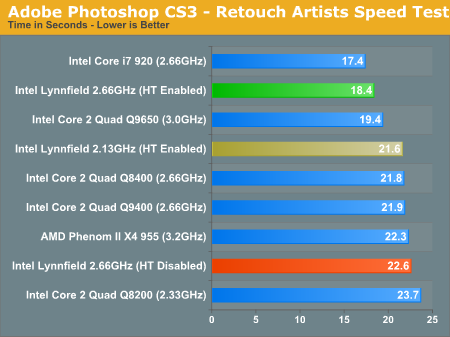 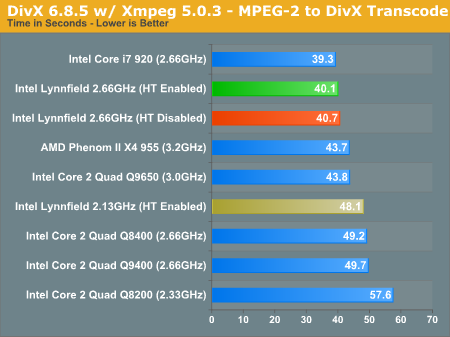 Once more, we see very little impact from Hyper Threading; the entry level Lynnfield may not be as bad as you'd think. On top of that, the crippled Lynnfield is less than 4% slower than the Core i7-920. Enable its aggressive turbo mode and I believe we'll have a chip that can actually beat, even if only slightly, the Core i7-920. 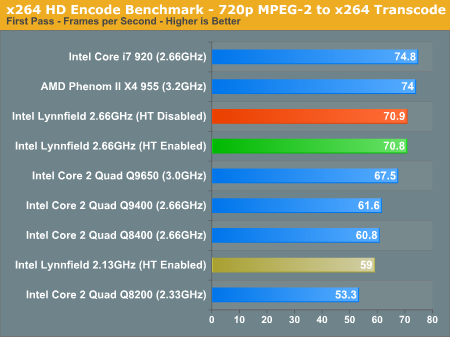 Without HT enabled the $196 Lynnfield 2.66GHz core is faster than every non-EE Penryn Core 2 Quad as well as AMD's Phenom II X4 955 (in the second pass of the test). The i7-920 is significantly faster thanks to having HT enabled; and now we have the perfect reason for Intel disabling HT on the "low end" Lynnfield. 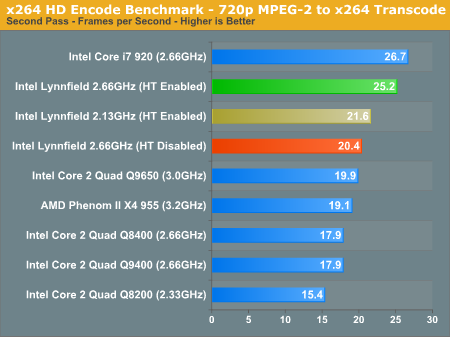 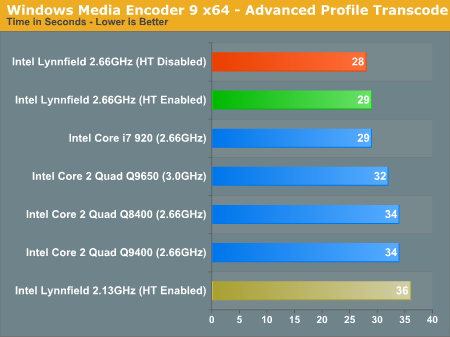 Tests that don't scale well with HT enabled, once again, show no performance difference between a 2.66GHz Lynnfield and a 2.66GHz Bloomfield.