Before we get to performance let's look at idle power consumption: 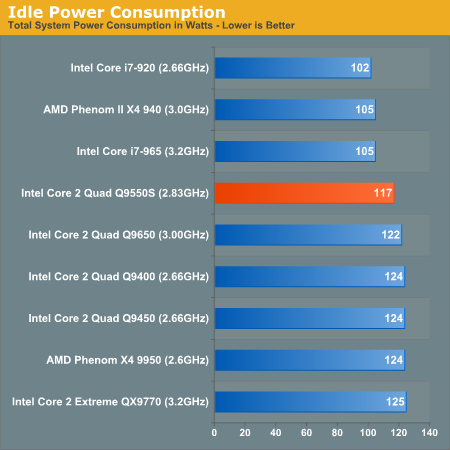 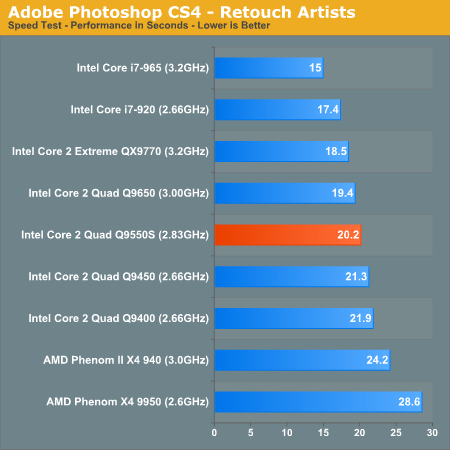 The best performers in this benchmark, by far, are the Core i7 processors. If you’re building the ultimate Photoshop machine, Core i7 is what you want. The entry level Core i7-920 is faster than the Core 2 Extreme QX9770, despite the latter being priced at over $1000.

Next we measured the average power consumption of the entire machine during the Photoshop benchmark, the results are reported in watts. Lower numbers are better here: 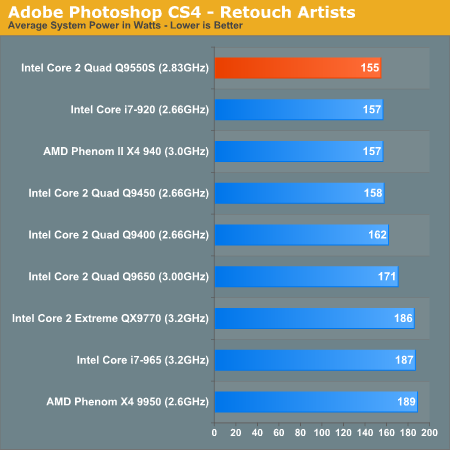 Now we see the benefit of the new -S parts; the Core 2 Quad Q9550S draws less power than any other chip we tested, including the much smaller, cooler running Q9400. While the Q9550S still uses the original 820M transistor Penryn core, the Q9400 is a smaller 456M transistor part.

We can also look at the maximum power consumed during the course of the test: 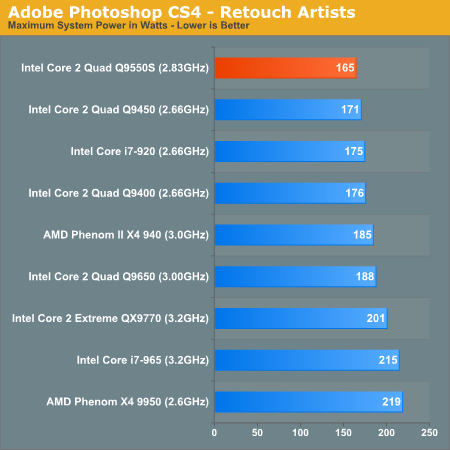 The Q9550S’ advantage amounts to around 15W under peak power draw.

Efficiency is equally important, here we’re looking at total energy consumed by the system over the life of the test. Energy consumed takes into account how long the test takes to complete, which will be shorter on faster machines. 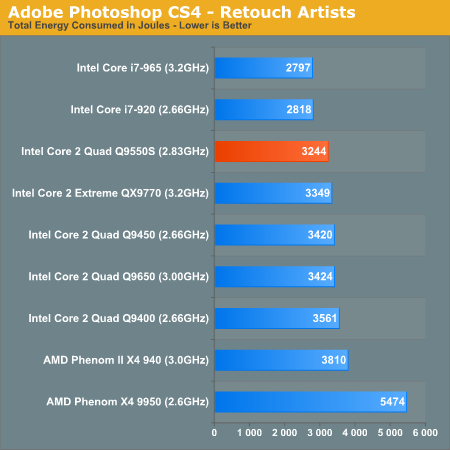