Taking apart a Jasper is no different than taking apart any other Xbox 360 console, despite the internal changes our original guide still rings true. Remove the HDD, pop off the front faceplate, then the sides, separate the top and bottom of the clamshell, unscrew the motherboard and you're off. Doing so obviously voids your warranty, but given that it's possible to identify your console as a Jasper without ever opening it, you shouldn't have to do any of this. 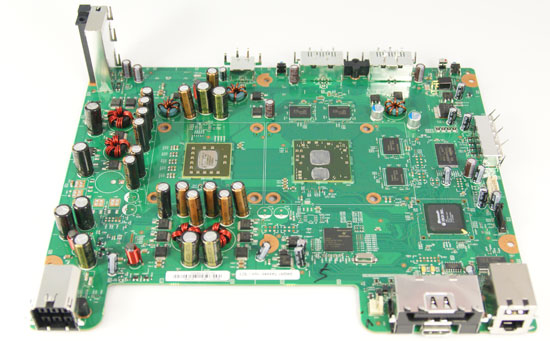 Obviously I did, because I wanted to look at the new die-shrunk chips and also to measure die sizes. While I used a ruler to measure the Xenon and Falcon die sizes last year, I wanted to be a bit more accurate this year (after much pleading by Mike Andrawes, our resident Jasper expert) so I used a set of vernier calipers (which is why some of my die measurements are a bit off from the ones I did last year if you're comparing).

The table below shows the die sizes for all of the Xbox 360 generations:

The new GPU is around 77% of the die area of the old GPU, but the eDRAM appears to be unchanged at 80nm (chalk up the difference of 4mm to differences in measuring the die with a ruler vs. calipers). Compared to the Xenon platform, the GPU is now 66% of the original GPU die size, meaning the GPU actually shrunk more than the CPU in the move to 65nm.

Here's a picture that should put things in perspective though, the chip below is a NVIDIA GeForce 9400M, it's the same IGP that's found in the new MacBooks. It's a 65nm IGP that's got a GPU and North Bridge in it, much like the Xenos GPU in the Xbox 360. Now this is an important comparison because the 9400M is hardly a high end GPU by today's standards yet look at how it dwarfs the Xenos GPU. 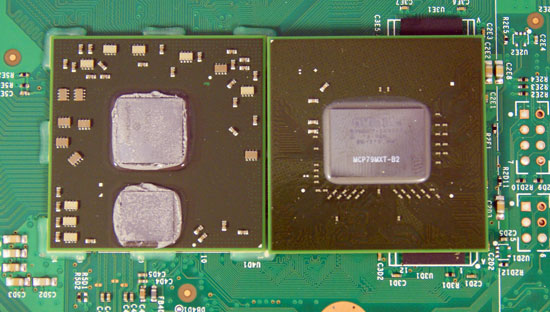 Remember that when it was released, the Xbox 360's GPU had raw GPU horsepower somewhere in between an X800 XT and an X1800 series (closer to the latter, although the 10MB eDRAM definitely helped the GPU perform better than its architectural specs alone would allow); today's high end GPUs are around 4x the speed of that.

Microsoft doesn't want to replace the Xbox 360 with a new console until 2011 or 2012, meaning high end PCs will probably have more than six times the graphics horsepower of what's in the Xbox 360. It's possible that once this performance gap gets wide enough we'll see more developers take advantage of the raw horsepower available on PCs, which has traditionally been the case whenever a console got far into its lifespan.

I'm actually a bit surprised that we haven't seen more focus on delivering incredible visuals on PC games given the existing performance gap, but the Xbox 360 as a platform is attractive enough to keep developers primarily focused there.

An unexpected bonus is that all Jasper based Xbox 360 Arcade systems come with 256MB of NAND Flash on board: 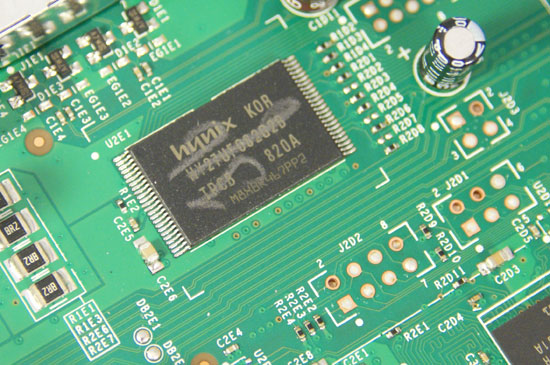 All Xbox 360 Arcade bundles will now come with 256MB of Flash, if you get a non-Jasper you simply get the Flash in the form of a Xbox 360 Memory Unit. The on-board flash is another mild advantage for Jasper systems, if you don't do any downloading then it's sufficient for save game storage. While I would've preferred more flash on-board, for a business losing money it makes sense to try and cut costs wherever possible.