The first thing we've got to find out is if you give up anything at all in normal, day to day usage if you opt for NVIDIA's GeForce 9300 compared to Intel's G45. We'll start at the purely synthetic tests looking at memory controller performance.

Until Nehalem permeates all segments of Intel's product lineup, the memory controller on the Northbridge/GMCH is still very important. Advancements in chipset memory controller design seem to have plateaued and thus for the past couple of generations we've seen no real improvements in memory performance. There also seems to be a performance parity between designs from Intel and NVIDIA, but does this hold true with the GeForce 9300? To find out we ran a quick set of memory bandwidth and latency tests:

What? Are you kidding me? Let me get this straight, NVIDIA saw Intel fall flat on its face and suffer with G45 and we have this sort of a problem at launch? Sigh.

The issue here is that NVIDIA's Advance Path is disabled in the WHQL driver that's being launched alongside the GeForce 9300/9400. Advance Path is NVIDIA's own prefetcher in its memory controller and apparently there weren't enough engineering resources to get this done in time for today's launch. Everyone is playing the finger pointing game at this point, and we're hearing that the problem may be fixed as early as Friday. While it's unlikely that NVIDIA wouldn't fix it, we'd caution against hopping on this bandwagon until it is fixed. Unlike the problems that plagued G45 at launch, this is one that does impact everyone. Thankfully, despite the poor memory latency, real world performance doesn't appear to be impacted too negatively. In the majority of our tests, as you'll soon see, NVIDIA is able to deliver performance on-par or better than Intel's G45.

There's another somewhat related issue: CAS4 timings are not supported by the current BIOS implementations at this point; they are available in the BIOS, just not working. Regardless of memory type or voltage, you won't be able to run your memory at CAS4, only CAS5. NVIDIA is going to work with the motherboard guys to enable it in the future, but for some reason support just isn't there today.

This is actually no better than Intel's own G45 board which won't work with CAS4 timings, although 3rd party G45 boards work just fine. It's not a huge deal but sort of silly given that CAS4 support has been around on every single DDR2 chipset NVIDIA has ever released for AMD or Intel platforms. 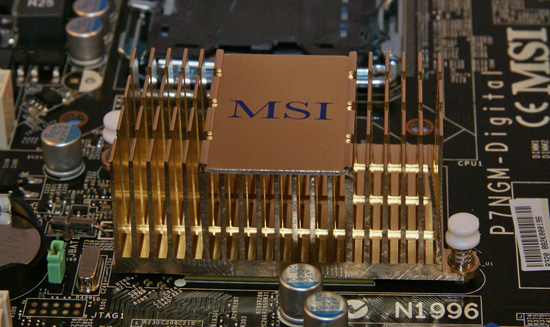 As if the memory controller issues weren't proof enough of a rushed launch, we've encountered a handful of issues with these first boards that are worth reporting. Both Gary and I were doing testing for this review and he actually ran into the bulk of the problems with his setups.

The first non-memory-performance-related bug report we sent to NVIDIA (to be fair it was at 3:56am today) was this:

I am having a real problem tonight with AHCI and BD Playback off our optical drives. The standard test system we utilize is located here . I am utilizing the 20.07 platform drivers and 178.13 (tried 178.15 also) GPU drivers. The problem is that the BD title (any of them) will start playing and the image playing will start to slow down and then just freeze. This occurs with PDVD 8 Ultra (2021a) or WDVD 9 Plus at the same point in each movie. I switch to RAID mode, no problems; switched to a new image with SATA settings, no problem; switched back to AHCI settings, the movies refuse to play properly. Also, I noticed several slowdowns and locks when doing file transfer tests with AHCI enabled. Those are random, but I have yet to see a problem with RAID or SATA configurations. This occurs on either the MSI or ASUS board.

A follow up after doing some additional regression testing on the new AHCI image. I still get slight hitching in AHCI mode on the Sony drive during heavy scenes, but the LG drive seems fine. I ran a battery of transfers tests and the slowdowns have disappeared. I am still testing, but most of the problems I experienced are gone now. The problem I have is that this is the same pattern I noticed back at the 780i/790i launch where weird things would start occurring and eventually I experienced data corruption.

Now it's impossible to say for sure what these problems will eventually result in, or if they are as severe as what we encountered with the 780i/790i at launch, but one thing is for sure: these motherboards or drivers aren't ready for prime time. (10/15/08 Update - The AHCI BD playback problem appears to be limited to the Sony BDU-X10S; our LG and Plextor BD drives are working properly.  Also, file transfers still have an occasional and random pause with AHCI enabled; no data corruption is evident after transferring close to 8TB of data to each of our GF9300 boards this morning. (11/06/08 Update - Our AHCI BD playback problem was solved with the 1.3 Firmware update from Sony and BIOS 0404 from ASUS.  We still have not experienced any, nor do we expect to, data corruption problems with this chipset. We are continuing testing and will provide a final update in our motherboard roundup.)

I did some Home Theater testing separate from Gary and while my results were mostly flawless, he ran into a strange problem:

I loaded the 20.07 platform drivers and 178.13 GPU drivers with the .35 HDMI drivers. I selected the NVIDIA HDMI output device as the default in Vista. I am utilizing a Pioneer Elite AVR for pass through to my monitor and have a 7.1 setup. When using PDVD 8 Deluxe (2021a), if I set speaker environment to HDMI/PCM, PDVD will lock up at the same point in each BD title after a brief slowdown. If I set PDVD speaker environment to 6 or 8 speaker (depends on the title) then playback is perfect (as directed in the Reviewer's Guide). (11-06-08 Update - Utilizing the retail version of PowerDVD 8 Ultra, build 2021a, and the released .37 HDMI drivers from NVIDIA corrected our previous audio out problems on the ASUS board.)

Now for me, all I needed to do was set PowerDVD to HDMI/PCM and I got my 8-channel LPCM output, but on Gary's setup doing so resulted in the issues above. This is actually how we tested on Intel and AMD offerings, so it's strange that NVIDIA would have issues (design change?) here. Obviously there are differences between my setup and Gary's (Integra DTC-9.8 vs. a Pioneer Elite VSX-94THX AVR) but my worry is that if our experiences vary this much between two fairly uncomplicated setups, then what sort of problems will users run into in the wild?