NVIDIA is in a difficult position. On one front it has the chipset division of AMD, fighting hard to make its own chipsets the platform of choice for AMD processors. On the other front it has Intel, the enemy of its enemy, and a very dangerous partner itself. Intel hasn't been very quiet about its plans for dominating the GPU market, but that isn't for another couple of years, until then, Intel will gladly allow NVIDIA to make chipsets for its processors.

As a company, NVIDIA needs to be able to maintain relevancy in the market. In the worst case scenario, AMD and Intel would each make their own chipsets and graphics cards, leaving NVIDIA with nothing to do. The reality is that NVIDIA still has the best graphics cards on the market and neither AMD or Intel is anywhere close to taking the crown yet. The chipset business is more likely in imminent danger, but NVIDIA does have one trick up its sleeve: SLI.

NVIDIA has some very desirable graphics cards, and it has a tremendous brand in those three letters. Of course, SLI only works on NVIDIA chipsets, thus it's no surprise to see NVIDIA trying to add even more value to the SLI proposition.

The GPU manufacturers, in the past two years, started to run into the same sort of thermal walls that Intel did during the Pentium 4 days. Future GPU designs will be more focused on power consumption and performance per watt, and while that won't kill the very high end graphics market, it will undoubtedly change it. If you'll notice, the first two G92 based products NVIDIA launched were both targeted at the mid range and lower high end segments, there were no 8800 GTX/Ultra replacements in the cards.

It may end up being that the way NVIDIA pushes the envelope isn't by introducing single, very powerful GPUs, but rather by SLI-ing lesser GPUs together. That brings us to today's topic: 3-way SLI.

If you can't tell by the name, 3-way SLI is like conventional 2-card SLI but with three cards.

The requirements for 3-way SLI are simple: you need an NVIDIA 680i or 780i motherboard, and you need three 8800 GTX or 8800 Ultra cards. SLI support continues to be the biggest reason to purchase an NVIDIA based motherboard, thus it's no surprise to see 3-way SLI not work on any competitor chipsets. With three cards you need two SLI connectors per card, meaning that all of the recently released G92 based boards won't cut it.

The graphics card limitations are quite possibly the most shocking, because the 8800 GTX and Ultra are still based on the old G80 GPU, which is significantly hotter than the new 65nm G92 that is used in the 8800 GT and GTS 512. NVIDIA unfortunately only outfitted those new G92 cards with a single SLI connector, so 3-way SLI was out of the question from the start and plus, NVIDIA needed some reason to continue to sell the 8800 GTX and Ultra. 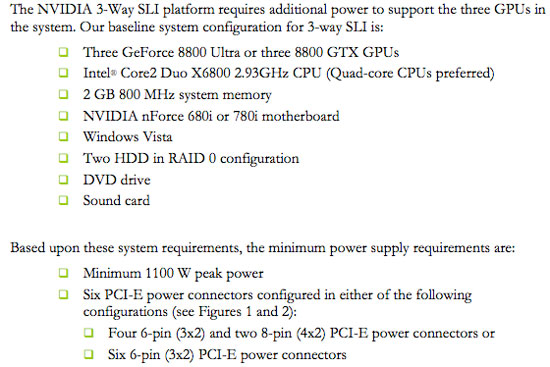 And a list of 3-way SLI certified power supplies follows: 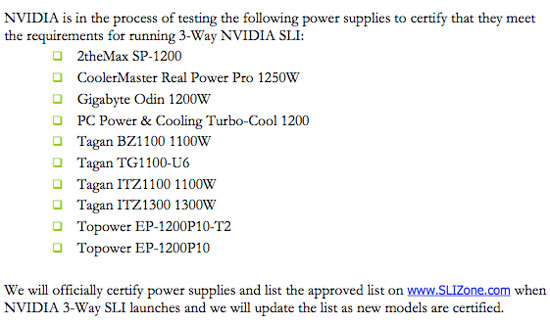 We actually used an OCZ 1000W unit without any problems (including two 4-pin molex to 6-pin PCIe power connectors to feed the third card), but we'd recommend sticking to NVIDIA's list if you want to be safe. 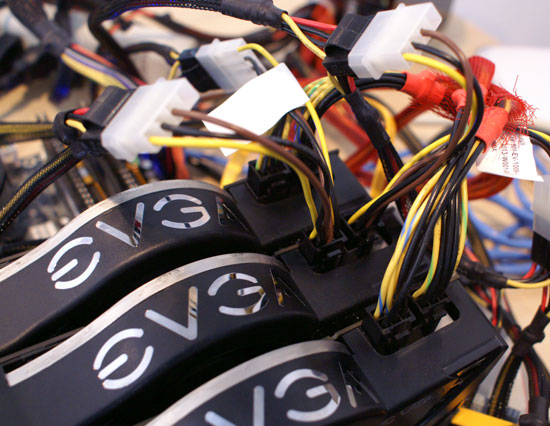 The three cards are connected using a new SLI bridge card that ships with all 780i motherboards: 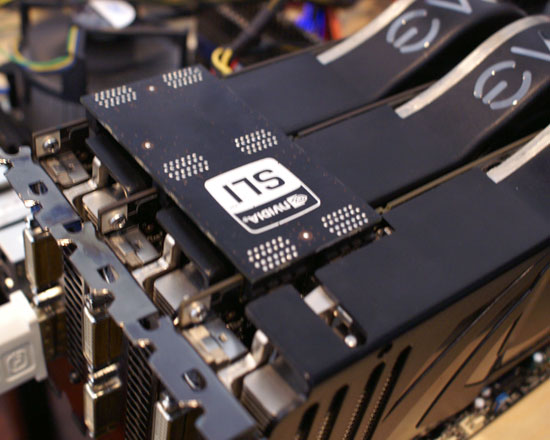 If you don't have this card you can jerry rig a bridge using regular SLI flex cables in the following configuration: 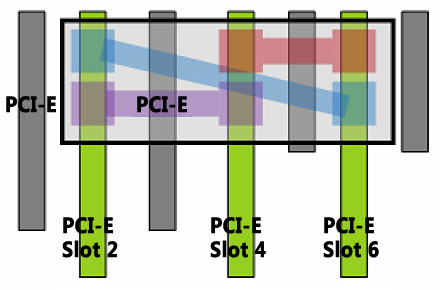