As we've mentioned, on paper the 8800 GT looks much better in every area except for memory bandwidth. Even though memory size is an advantage for the 640MB card, we know from experience that the added memory size really doesn't net us much in the way of performance except in the most extreme circumstances. So we certainly expect the 8800 GT to outperform both the more expensive 8800 GTS 320MB and (by extension) the 8800 GTS 640MB. Essentially, this should give us the performance of a $400 card for $200 - $250. Quite a good deal no matter how you slice it.

And from the first, our expectations are upheld and then some. The 8800 GT does top the GTS. This seals the deal: the 8800 GTS is no longer a viable product. While NVIDIA has stated that the 320MB part will be dropped very quickly, they expect the 640MB card to stick around for a few months. We don't see this happening unless retailers start selling the 640MB part for $250 as well. While such a drastic price reduction is possible, it isn't very likely. Once people hear about the performance difference of the 8800 GT over the 8800 GTS, there may be a lot of $400+ 8800 GTS inventory sitting on shelves. 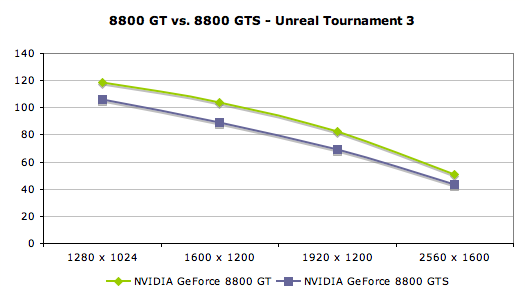 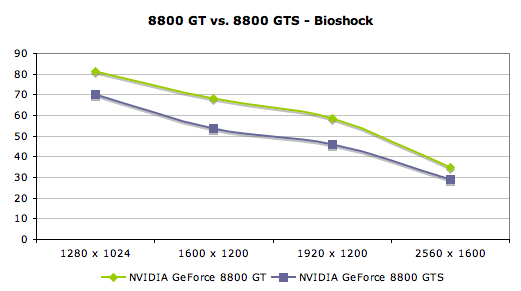 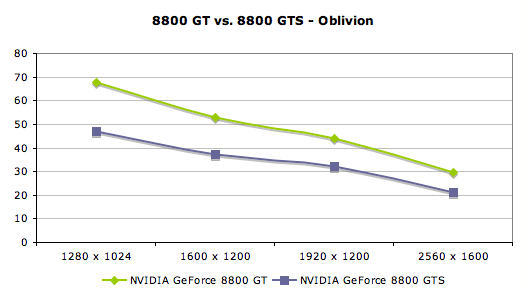