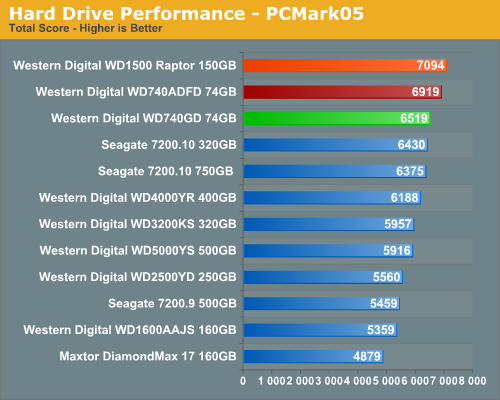 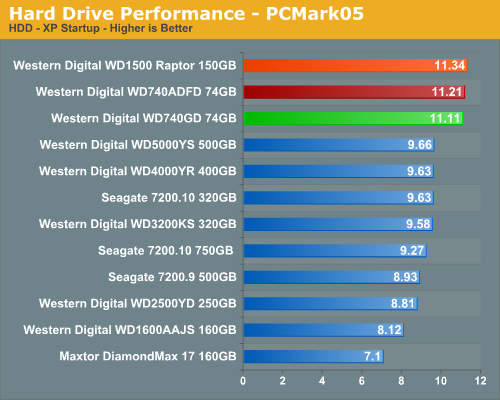 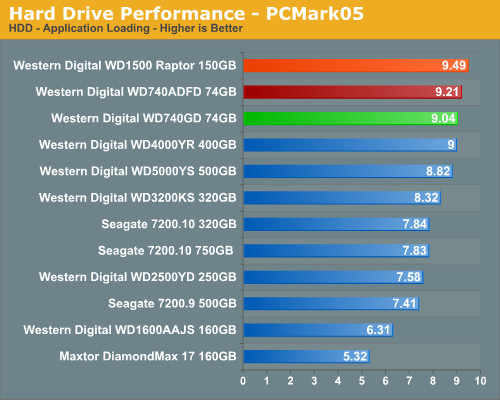 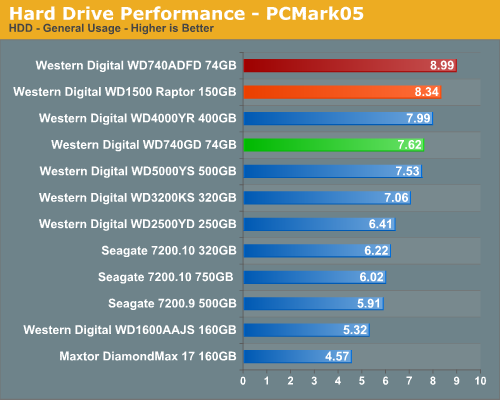 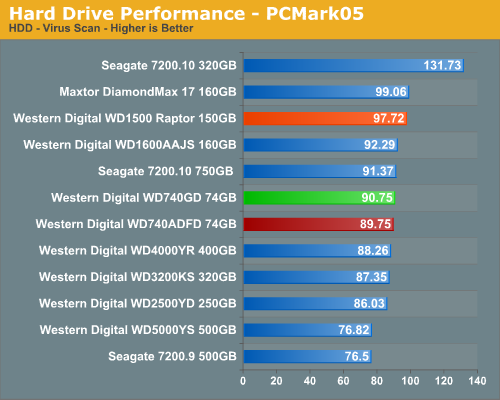 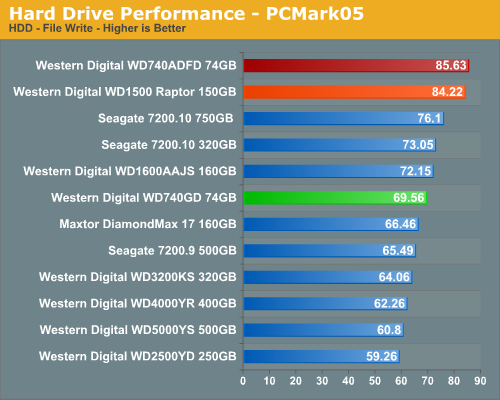 Our PCMark05 numbers follow a familiar test pattern with the WD Raptor series having a significant advantage over the drives in our tests. The performance delta between the two 74GB drives is 6% with the major differences occurring in the General Usage and File Write sections of the test where writes are a very important part of the test. Our WD740ADFD has excellent write speeds and surpasses the WD1500ADFD in these particular write heavy tests while just trailing it in the read intensive tasks.