by Steve Carmel & Wesley Fink on February 21, 2006 12:05 AM EST
27 Comments | Add A Comment
27 Comments + Add A
Comment
The DDR2 market enjoyed some incredible DDR2 performance early in its life with a Micron DDR2 chip that we have since come to know as Fat Body D9. Everyone who made DDR2 used these chips because the performance was so outstanding, and when Micron decided to discontinue them last year, memory makers began scrambling for a replacement. Thus far, they haven't found a new DDR2 chip with the same low latency and high frequency capabilities of the now legendary Micron chips.

Two months ago, a new buzz began that Micron and their Crucial direct sales arm would be introducing a new and even better DDR2 memory chip. Every enthusiast memory maker with whom we talked about DDR2 was saying to wait until March when we have new high performance chips. Those chips, of course, are to be based on these new Micron DDR2 memory chips. When Crucial offered to send us their newest and top-performing DDR2 memory in early February, we couldn't wait to take a closer look. Were these the new Micron wonder DDR2?

In this review of two of the new Crucial Ballistix DDR2 kits, the biggest question on everyone's mind is: how will it compare to the legendary Fat Body D9 chips? Does it maintain tight timings at higher clock speeds? Is it still responsive to increased voltage like prior iterations of the Fat Body D9 made by Micron?

What lies under the copper-colored, aluminum heat spreaders? Crucial Technology continues to use their trademark black PCB. 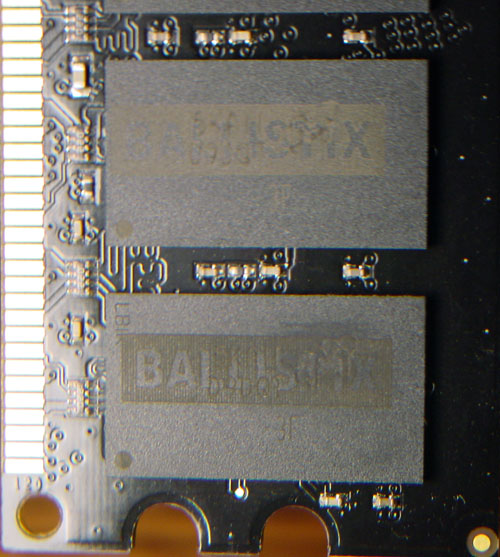 After careful removal of the heat spreader, we scanned the PCB itself below:

This depicts the PCB lurking underneath the Crucial Technology PC2-5300 DDR2 memory kit that we tested recently.

Closer examination of the IC's showed some distinctive markings, which can be used to help identify the integrated circuits that were used in construction of this particular memory module. 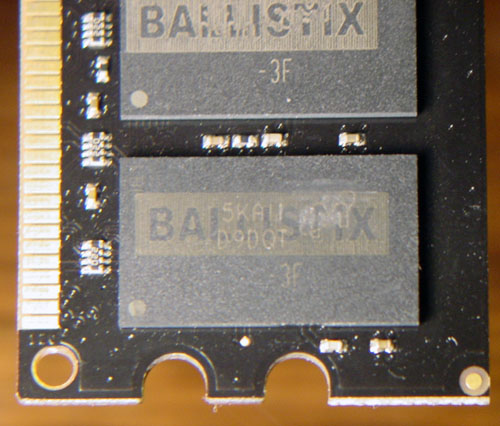 On the top row, beneath the Ballistix stamping on the IC, the first row is marked 5KAH.

The 2nd row shows markings of D9DQT. Please note that the D9 is indicative of Micron's Fat Body integrated circuit. At the very bottom of the IC, there is a -3F marking, which is usually used for speed grading.

By entering the FBGA code into Micron's Part Marking Decoder, the search output was rather inconclusive. This part appears not to be in the Micron database yet. The restamping and lack of information from Micron keeps us wondering about the real speed of the new DDR2 Chips. Does this new die revision of the D9 IC's still contain 3.7ns chips as we saw with past D9?

With limited specifications and no memory ID that tells us anything, memory benchmarking is the only way to find out if the new memory from Crucial Technology can produce the widely anticipated results? 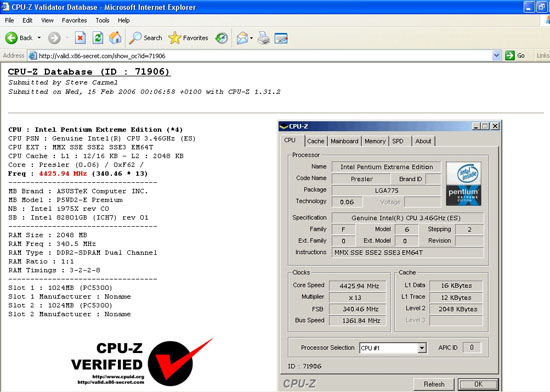 With the advent of the new 975X chipsets available on the market, this was a prime opportunity to test some new DDR2 modules from Crucial on this Intel based platform. AnandTech utilized the quite stable ASUS P5WD2-Premium motherboard, in conjunction with an Intel Pentium 955 Extreme Edition CPU, which sported a 1066MHz FSB dual core solution, containing a whopping 2MB of L2 cache onboard, as part of our testing platform. You can read our full Asus P5WD2-E Premium review here.

Asus advertises this particular motherboard in their February 2006 product information spreadsheet, claiming it as their flagship 975X motherboard with native DDR2 800 support. The chart below shows the myriad of memory options at different front side bus speeds available with this particular mainboard. The asterisks indicate settings provided for overclocking purposes only. 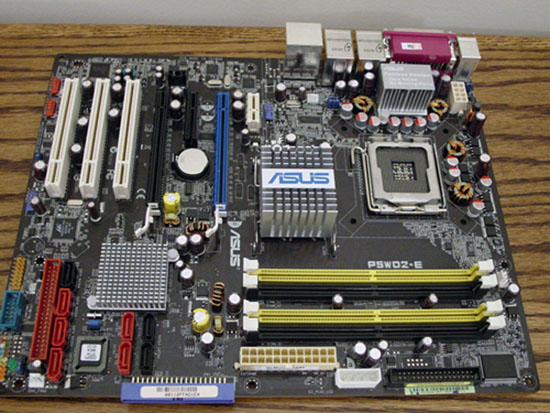