As mentioned, we currently have both a 7800 GS from EVGA and the 7800 GS OC from BFG. Neither of these cards run at the default 375/1.2 clock speeds set forth by NVIDIA. For the purposes of these tests, we underclocked a card to the minimum speed that NVIDIA is endorsing. With the high clock speeds that we see from BFG and EVGA, we'd be willing to bet that even 7800 GS parts that don't come factory overclocked would have some head room. The EVGA card is clocked at core/mem clocks of 460/1.35, while the BFG part runs at 400/1.25. It is interesting to note that the BFG part makes a bigger deal out of being overclocked on the box than the EVGA card, but either way, the 7800 GS is no slouch. 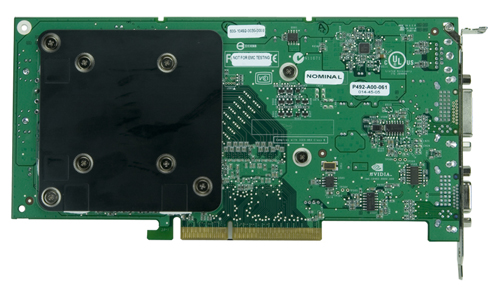 Our test system is configured as follows:

For reference, we have included the 7800 GTX 512 and the X1900 XTX. This gives us a clear look at the highest end ATI and NVIDIA hardware available for both the AGP and PCIe platforms. The 7800 GT is also included in order to show us the performance of the next fastest NVIDIA part out there.

Here's a breakdown of the 7800 GS specifications as outlined by NVIDIA. 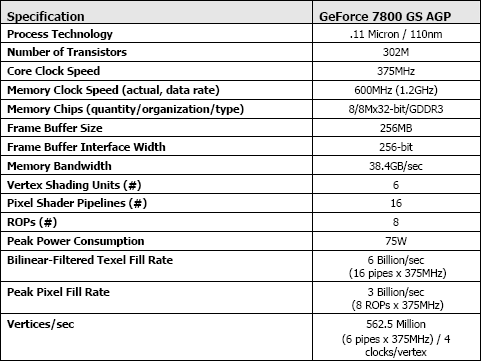