by Wesley Fink on September 2, 2005 12:05 AM EST
22 Comments | Add A Comment
22 Comments
As the third largest motherboard maker in the world, ECS has always had the resources to pursue whatever direction they choose. In the past, that choice has been solid value motherboards, which provide quality and good value for the buyer. This has made ECS a major player in the Asian, South American, and European markets where tariffs and high prices relative to income make motherboards more relatively expensive than they are in the US. However, in the US market, ECS is often viewed as a low-cost, low-feature brand, and much of US sales come from the OEM market - ECS making motherboards and systems for others. 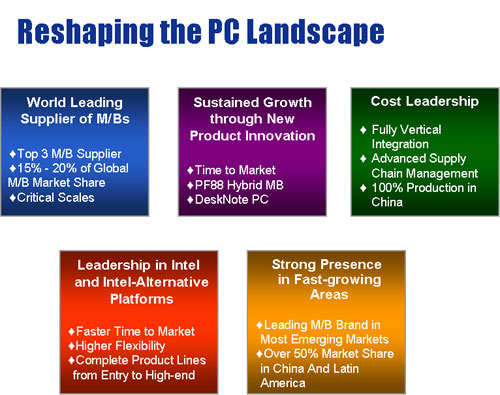