I’m not a big one on posting first-party benchmark results, but the high-level overview from Intel was this:

All of Intel’s tests were using Windows 11, with DDR5-4400 vs DDR4-3200. Intel did have a small one slide of comparisons against AMD in gaming with an RTX 3090, however they stated they were done without the latest L3 patch fix, and admitted that they would have preferred to show us full results. By the time this article goes live, we may have seen those results at Intel’s event.

This is a reasonable set of data, very focused on the Core i9, but when the reviews come out we’ll be able to see where it sits compared to the other parts, as well as the competition. The only thing that concerns me right now leading up to the launch is the behavior of demoting workloads to E-cores when not in focus when on the Balanced Power Plan (mentioned on the Thread Director page). It won’t be until I get hands-on with the hardware as to whether I see it as an issue or not. 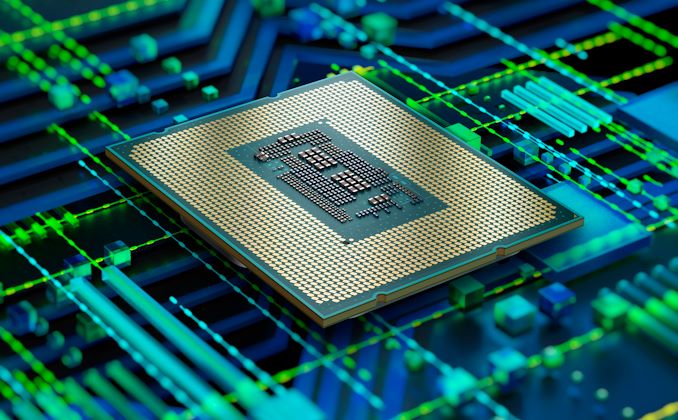 Another factor to mention is DRM. Intel has made statements to this, but there is an issue with Denuvo as it uses part of the CPU configuration to identify systems to stop piracy. Due to the hybrid nature, Denuvo might register starting on a different core (P vs E) as a new system, and eventually lock you out of the game either temporarily or permanently. Out of the top 200 games, around 20 are affected and Intel says it still has a couple more to fix. It’s working with Denuvo for a high-level fix from their side, and with developers to fix from their end as well. Intel says it’s a bit harder with older titles, especially when there’s no development going on, or the IP is far away from its original source. A solution to this would be to only launch those games on specific cores, but look out for more updates as time marches on.

Well, it’s almost here. It looks like Intel will take the ST crown, although MT is a bit of a different story, and might rely explicitly on the software being used or if the difference in performance is worth the price. The use of the hybrid architecture might be an early pain point, and it will be interesting to see if Thread Director remains resilient to the issues. The bump up to Windows 11 is also another potential rock in the stream, and we’re seeing some teething issues from users, although right now users who are looking to early adopt a new CPU are likely more than ready to adopt a new version of Windows at the same time.

The discourse on DDR4 vs DDR5 is one I’ve had for almost a year now. Memory vendors seem ready to start seeding kits to retailers, however the expense over DDR4 is somewhat eyewatering. The general expectation is that DDR5 won’t offer much performance uplift over a good kit of DDR4, or might even be worse. The benefit of DDR5 then at this point is more to start on that DDR5 ladder, where the only way to go is up. This will be Intel’s last DDR4 platform on desktop it seems. 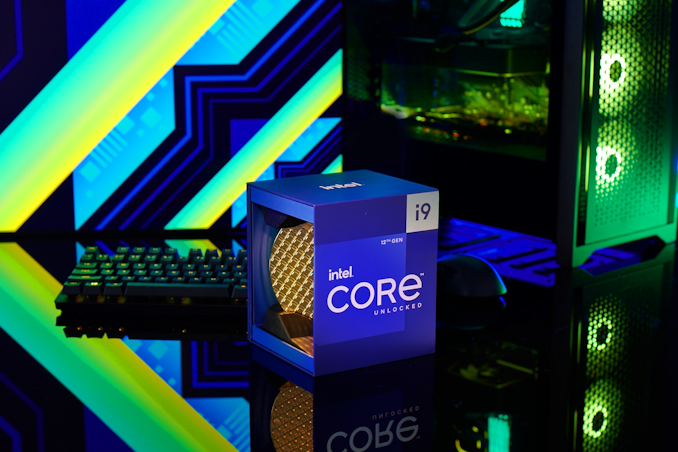 On the processors themselves, the Core i5 and Core i7 parts look very competitive and in line with respective popular AMD processors. Both the Core i5 and Core i7 have extra E-cores, so we’ll see if that comes in handy for extra performance, or they’ll just end up burning power and performance per watt needs re-examining. The Core i9 challenge is probably sided on Intel for single thread, but all the questions will be over proper multi-threaded performance.

After not much CPU news for a while, it’s time to get in gear and find out what Intel has been cooking. Come back on November 4th for our review.