Starting off I’ll be focusing first on the one of the most talked about and marketed new features in today’s most prestigious flagship devices: extremely long focal length telephoto modules and claimed large magnification “zooming-in” abilities. As described in the intro, there’s many ways to achieve large magnification image results, either through super high-resolution sensors, or through new complex optics systems such as the periscope camera modules we tend to see now in the “Ultra” line of devices.

For this page I’ll be commenting mostly on these new Ultra devices, particularly the new S21 Ultra, Mi 11 Ultra, and throwing in also the Axon 30 Ultra in there, comparing how periscope telephoto modules stack up the traditional lens systems we’re used to. 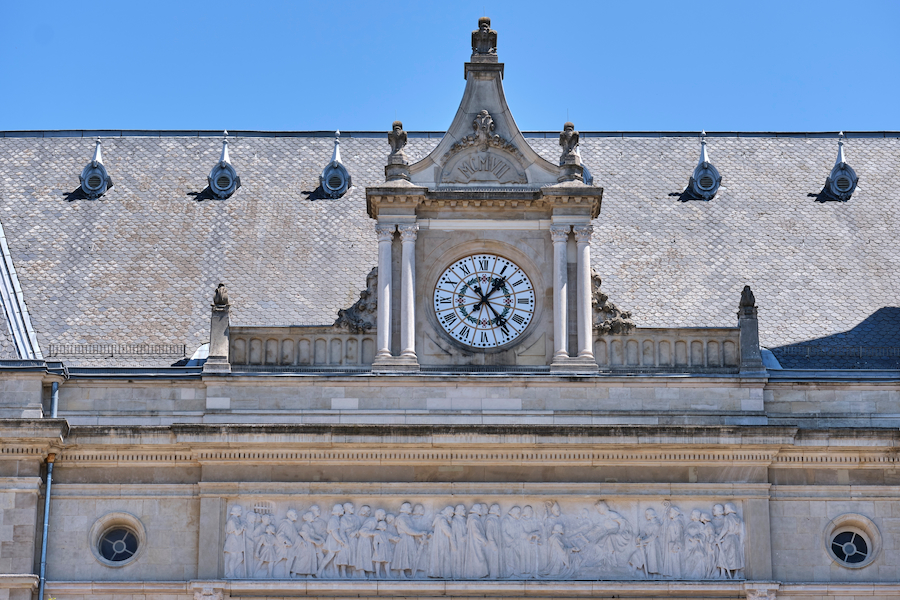 Starting off with the longest focal length results at 10x magnification, the various devices here end up around with a focal range of around 240mm.

The two Galaxy S21 Ultras showcase similar, but also very different results. What’s evident is that the Snapdragon version of the phone is able to maintain significantly better texture detail throughout the whole scene, as if the Exynos variant had a too slow a shutter speed, being out of focus, or simply having a sort of HDR algorithm that isn’t correctly superimposing the different frames together. You could argue the Snapdragon is overprocessing detail structure too much it’s even more defined than on my X-T30 shots, but I’d argue that it would still be a preferable result.

The Mi 11 Ultra’s 10x shot is also very interesting. In terms of detail retention, it’s notable that this should be a crop out of the sensor’s native 48MP mode, as it’s much better quality than a scaled up 12MP result from a 5x magnification. In terms of spatial resolution against the S21 Ultra, it’s extremely hard to tell the two apart, which makes sense given the small theoretical difference between the S21 Ultra’s 8.21 arcseconds per pixel resolution and the Mi 11 Ultra’s 7.45 arcseconds per pixel. The Mi 11 Ultra definitely doesn’t do well in textures – I’m not sure if this is a result of the processing or a result of the lower colour resolution due to the quad-Bayer colour filter which does come into play here at the phone’s 48MP sensor capture mode. It also can be a result of the dynamic range of the pixels due to it working with 0.8µm pixels versus the S21 Ultra’s 1.22µm pixels. What’s clear though is that the overall image is too dark, with the shadows being unnaturally pronounced.

The Axon 30 Ultra was the only other periscope camera tested today, I thought the phone’s exposure and handling of HDR here on the small module was actually excellent at reproducing the scene. In terms of resolution, while it’s significantly better than other phones which only have more traditional telephoto setups, it’s still notably quite worse than the Mi 11 Ultra and S21 Ultra – which makes sense and lines up with the expected lower 17.7 arcsecond pixel resolution. 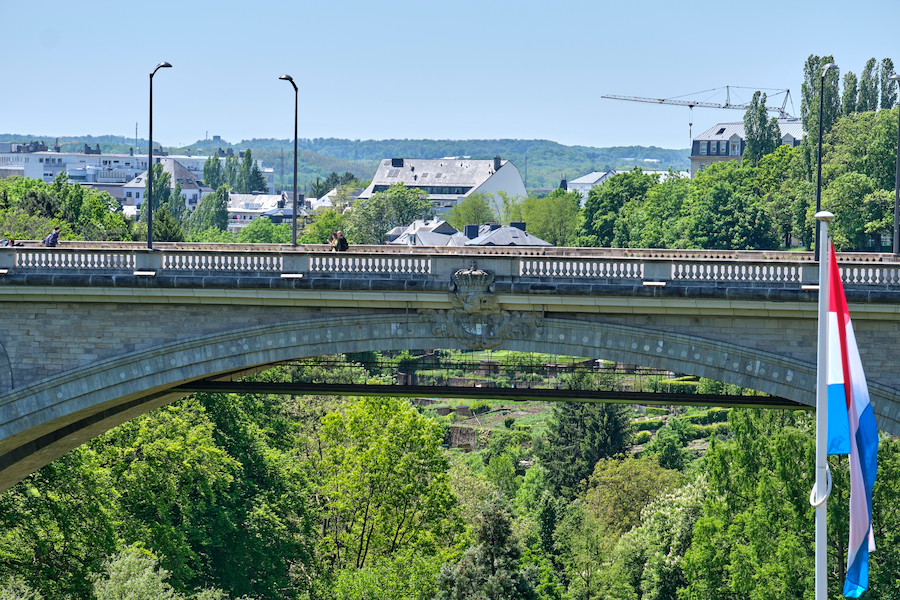 On the next scene, the two S21 Ultras again showcase similar results, the Snapdragon, whilst quite notably having a lot more sharpening and enhancing of detail structure, still manages to capture a more pleasing shot as the Exynos’ textures appear very blurred out in comparison.

The Mi 11 Ultra does extremely well in resolution, however the exposure and HDR is quite bad, with the histogram of the picture being empty in the last 15% of intensity levels, just being underexposed or just wrongly processed.

The Axon 30 Ultra did an excellent exposure balance, though the image looks quite undersaturated. 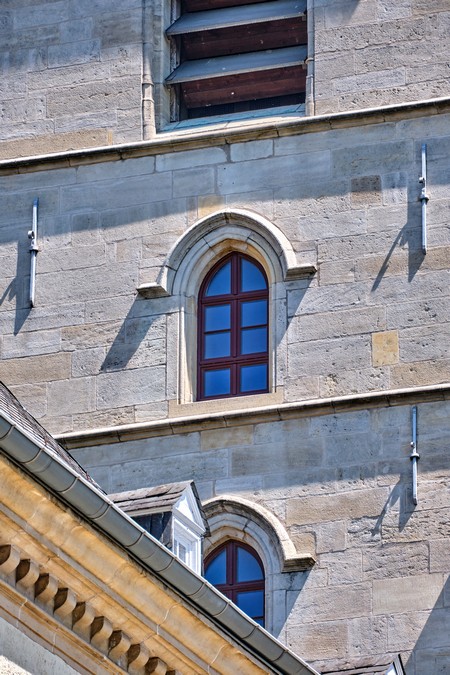 When looking at lower magnification levels such as 5x – around 125-130mm equivalent focal length, there’s quite a bit more shakeup in the device ranking and a lot more devices which showcase respectable results.

Leading again with the two S21 Ultras, it’s here where generally start falling apart for Samsung and their module approach. As the periscope telephoto module is a native 238mm focal length, anything below that has to fall back to using the phone’s 3x intermediary telephoto. The thing is, that module isn’t overly technically impressive, so while it does generally well, I wouldn’t say that it’s any leaps and bounds better than for example the secondary 64MP wide angle module of the regular S21 at this magnification. Between the two S21 Ultras, it’s also again the Exynos which exhibits horrible blurred out textures compared to the Snapdragon unit, so it’s not something that merely limited to the periscope telephoto module.

The Mi 11 Ultra at 5x has its periscope module running at the native focal length and the sensor at the binned 12MP mode. This combination results in the absolute sharpest and most detailed result out of all phones in this range, obliterating the S21 Ultra’s result, which makes sense given the difference in resolving power of 14.9 arcseconds for the Mi 11 Ultra and only 27.4 arcseconds for the S21U. Unfortunately, the bad news for the Xiaomi is that the exposure is again pretty awful, totally lacking any kind of highlights even though the building is in broad sunlight.

The Axon 30 Ultra does a good job and resolution here is quite good as it’s near its native focal length and pixel density. The image is a bit flat in the textures, it might be because of the small pixel sizes of the sensor and not having enough dynamic range to maintain detail in the highlights.

Among the other phones with more “traditional” telephotos, the OnePlus 9 Pro has the best intermediary resolution, however its handling of textures and overall HDR highlights is far behind the other phones, with Apple’s iPhone 12 Pro producing the most realistic and representative result among the devices. 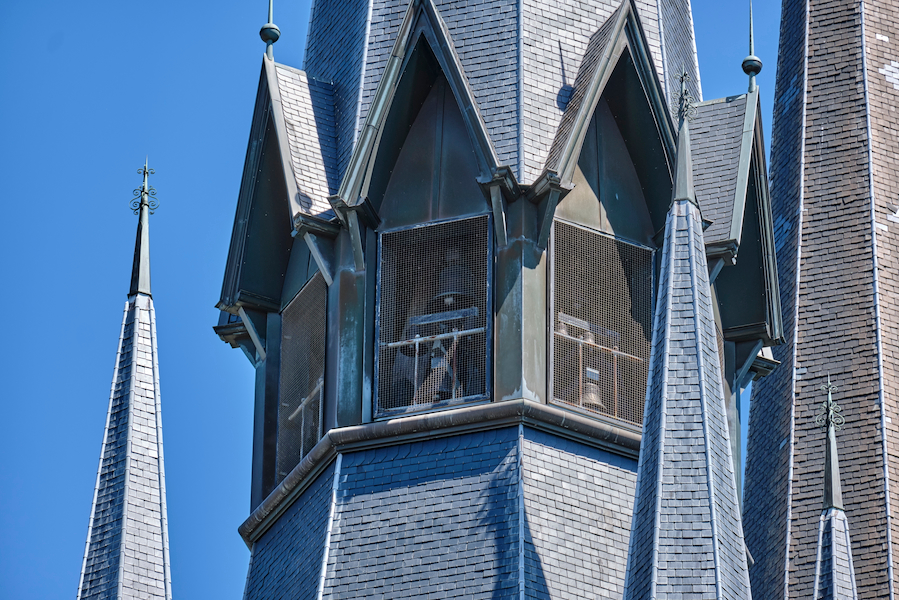 Looking back again at more extreme focal lengths, this shot made me again question if the periscope telephoto on my S21 Exynos is actually optically correct or not as there’s evident blooming and blurriness.

The Mi 11 Ultra outresolves the S21 Ultra on high contrasting edges, which is the best-case scenario for the quad-Bayer sensor, but falls behind in dynamic range, likely due to the smaller pixels and less colour information.

At 5x, the Mi 11 Ultra again dominates the field, with the Axon 30 Ultra following it, and the S21 Ultra in tow to that. 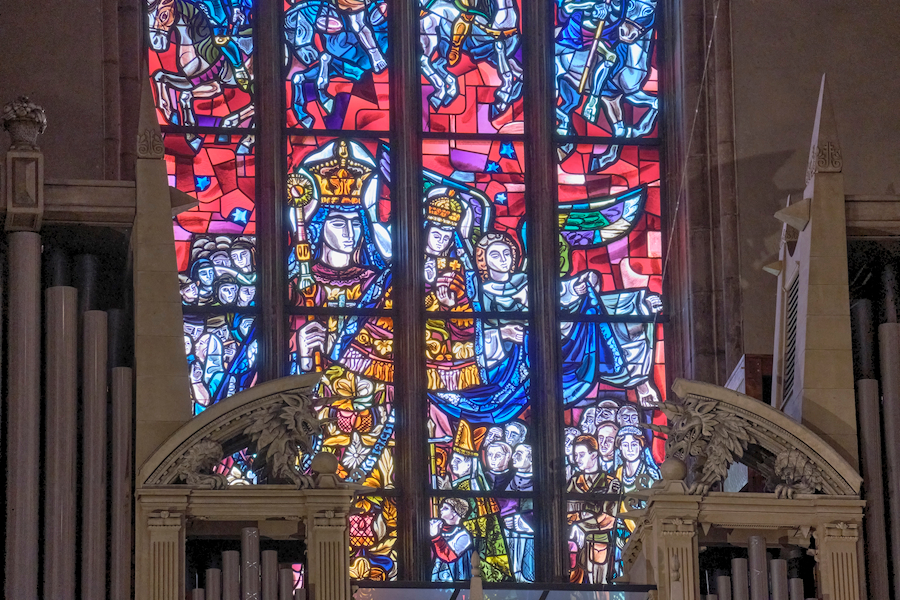 Using these extreme telephoto modules in low light is relatively a rare use-case in my experience as you’d not experience much such circumstances as reaching far subjects tends to be a matter of brighter conditions, however it’s also a scenario that I wanted to cover just for the sake of completeness. This indoors scenario is extremely challenging from a lighting perspective, showcasing both low light areas as well as extremely bright highlights requiring extreme dynamic range, which will be very hard for the telephoto modules’ smaller sensors.

At 10x, the periscope telephotos on all the phones are generally useless here, unless the high-contrast look due to lack of dynamic range is what you’re going for.

The two S21 Ultras again have the Snapdragon exhibit significantly better sharpness and less haze than the Exynos. Enabling night mode here doesn’t do all too much for the phones on the periscope module. At 3-5x which uses the mid-tier telephoto, results are adequate, and do outperform the other classical telephoto module lenses of other phones.

The Mi 11 Ultra equally is absolutely struggling with the dynamic range at 10x – reducing to 5x dramatically improves the shadows even though the highlights are a bit more overblown now, the improvement here is mostly due to the doubling of the dynamic range in the pixel binning mode, it’s by far the best performing phone here. At 10x, night mode here helps a lot with the exposure, however we’re losing a ton of detail – that’s because the exposure time is rather slow at 1/39th of a second and at this focal range it’s unpractical do to exact image stacking computational photography without the devices fixed on a tripod. Night mode doesn’t seem to affect the 5x shot, which is a bit weird – I wonder if it even activated. As a note, in this scene it seems night mode on the main sensor only works in the binned 12.5MP mode, as the 2x shot is far lower resolution than the normal 2x shot, which seems to be in the native 50MP resolution mode.

The Axon 30 Ultra also falls flat in its 5x and 10x shots due to the extreme dynamic range. Unfortunately, the phone doesn’t allow for night mode on this module at all, and at longer magnification night mode shots uses the secondary wide-angle module, which is weird given that this module has worse pixels and also lacks OIS. The results are thus naturally terrible.

In general, the competitive landscape here is quite small simply because there’s really only a few phones that are really worth talking about, that’s the S21 Ultra and the Mi 11 Ultra. At >10x or >240mm, the S21 Ultra is the best phone on the market right now thanks to its technical advantages such as native optical focal length as well as its larger 1.22µm pixel sensor resulting in higher colour resolution compared to the quad-Bayer filter on the Mi 11 Ultra, and more dynamic range in bright conditions.

As much as the S21 Ultra here is great at that focal length, the phone just falls apart in practical usage simply because it doesn’t have a solution at the intermediary focal lengths such as 5x – 10x (120-240mm). The Mi 11 Ultra obliterates the S21 Ultra here virtue of its optics and sensor combination. It’s actually pretty ironic of Samsung, as the Mi 11 Ultra’s periscope module is essentially almost identical to that of the S20 Ultra, going as far as both those two devices featuring the same IMX586 sensor on the periscope module, with similar focal range, and just slightly different optics. In effect, the predecessor S20 Ultra has a much better hardware solution than the S21 Ultra, providing more flexibility and higher quality experiences in a comparatively smaller and less complex hardware package, which for me is just a sign of the marketing department winning over common sense at Samsung.

The Axon 30 Ultra is the only other device in today’s line-up worthy of mentioning at these focal lengths: while it does have a native 123mm equivalent optics system corresponding to a 5x native magnification level, its 8MP sensor limits it in terms of resolving power. While it does showcase better results than other phones here without the more exotic optics systems, it’s quite behind the Mi 11 Ultra or S21 Ultra at >10x, though again I have to mention that the Axon outperforms the S21U at >5x.