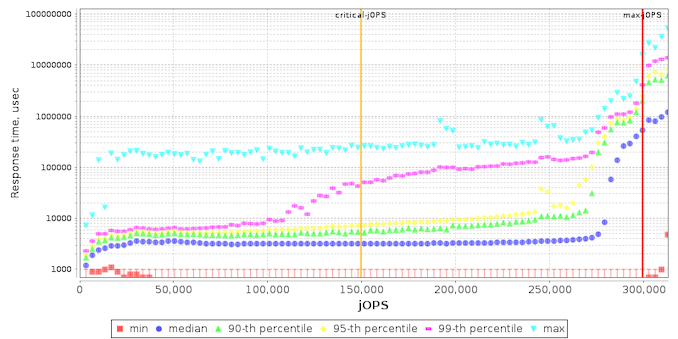 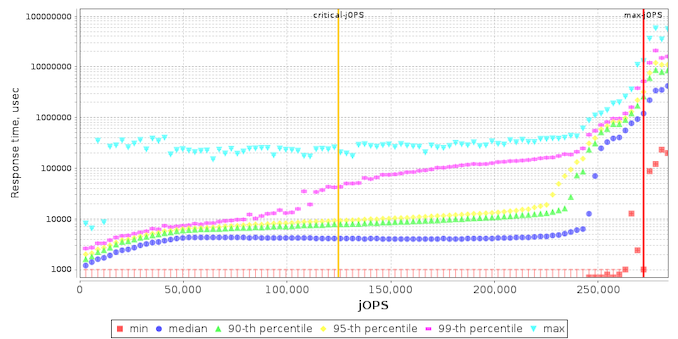 In terms of the response curves of the new Milan 7763 part, the general behaviour doesn’t look that much different to the 7742 other than a weird discrepancy at low load. 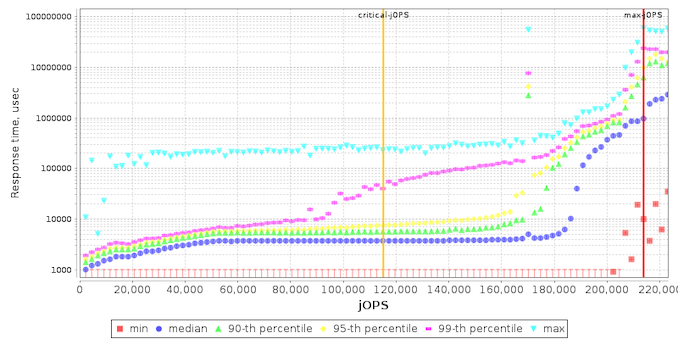 The 75F3 part is interesting as due to it focusing more on per-core performance, it tightens the response curve with the -critical performance score being closer to the -max capacity of the system. 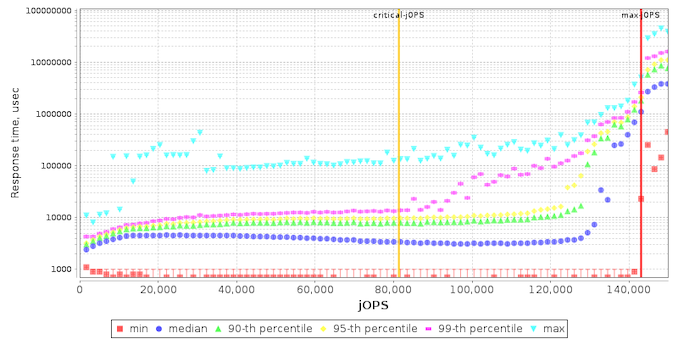 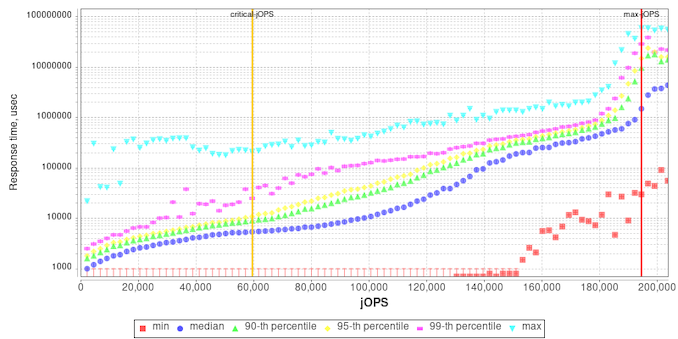 I included the Intel and Altra graphs for context. 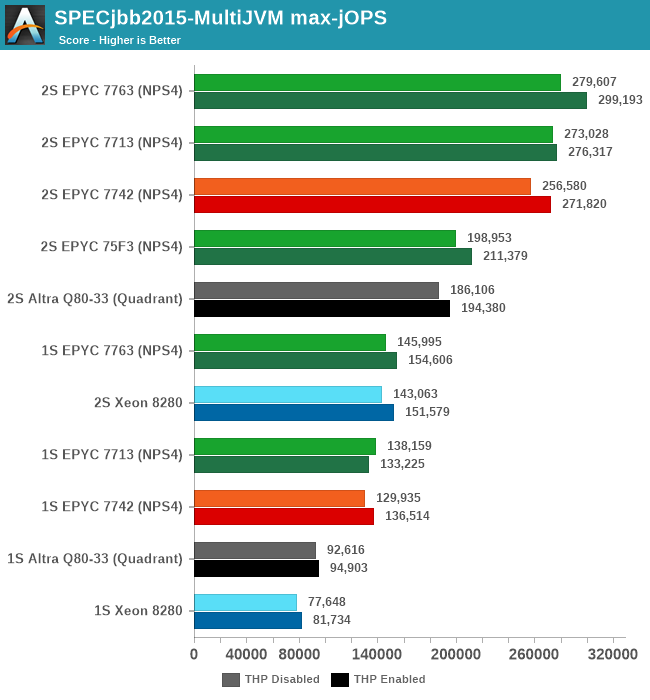 Again, very interesting is to see the 75F3’s maximum throughput reaching 71% of the top SKU’s performance in such scale-out workloads even though it’s only got half the cores available. 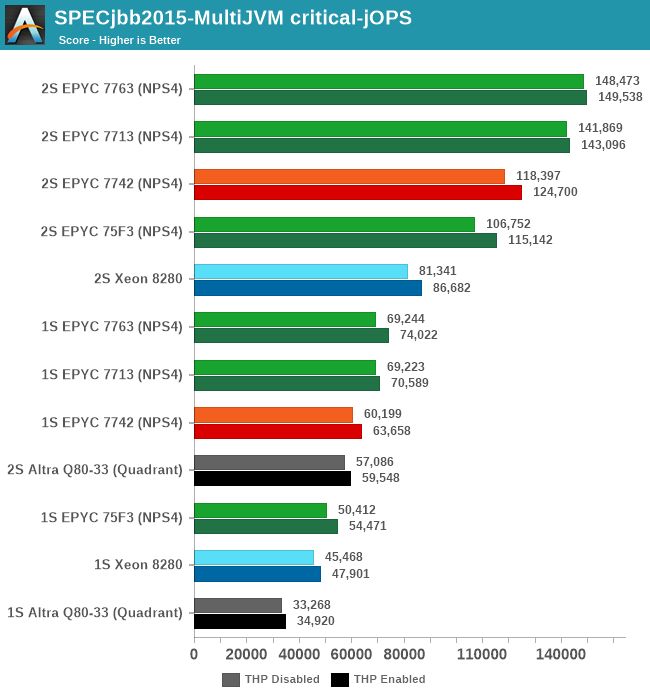 The -critical-jOPS figure is probably the more important metric for SPECjbb given that it covers SLA scenarios, and here the new Milan parts are faring extremely well. The 7763 outperforms the 7742 by +25%, and the 7713 is also not far behind with +19.7%.

The 75F3 is also doing amazingly well, keeping up with the higher core-count parts. 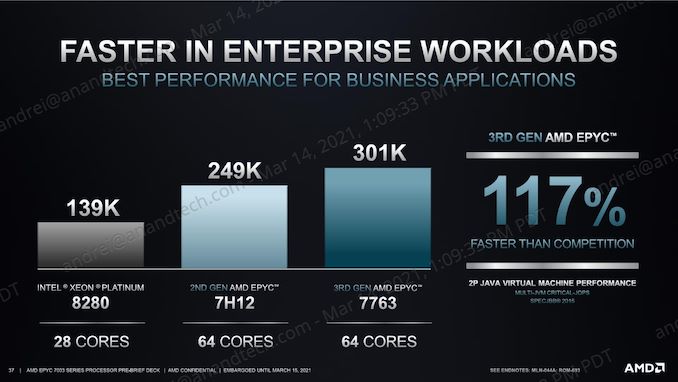 Against the competition, our own and AMD figures differ a bit due to different settings, however we’re still seeing the new Milan top-SKU outperform the 8280 by +82 in performance.

Generally speaking, the generational improvements over Rome in -critical-jOPS figure of SPECjbb are a more reassuring result compared to the other peak full load performance metrics we’ve seen on SPEC CPU. This actually corresponds to the power behaviour of the new chips, with the new Zen3 cores offering notably better per-core performance compared to the Rome predecessor, at least up until the new parts hit a power envelope wall where performance improvements become more limited.