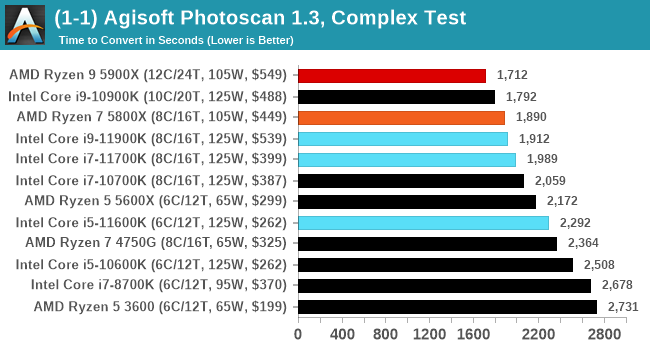 For a variable threaded load, the i9-10900K sits above the Rocket Lake parts.

Our latest test in our suite is the RISCV Toolchain compile from the Github source. This set of tools enables users to build software for a RISCV platform, however the tools themselves have to be built. For our test, we're running a complete fresh build of the toolchain, including from-scratch linking. This makes the test not a straightforward test of an updated compile on its own, but does form the basis of an ab initio analysis of system performance given its range of single-thread and multi-threaded workload sections. More details can be found here. 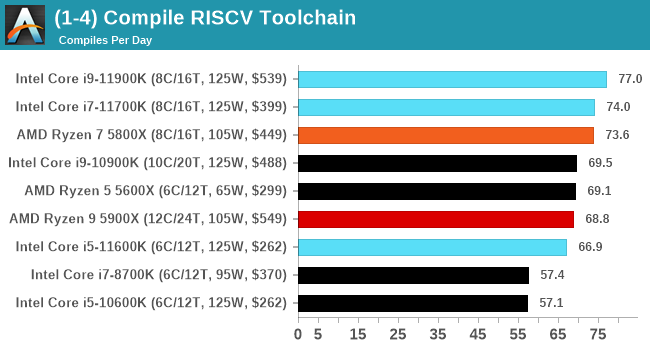 One place where Intel is winning in absolute terms in our compile-from-scratch test. We re-ran the numbers on Intel with the latest microcode due to a critical issue, but we can see here that AMD's best are single chiplet designs but Intel ekes out a small lead. 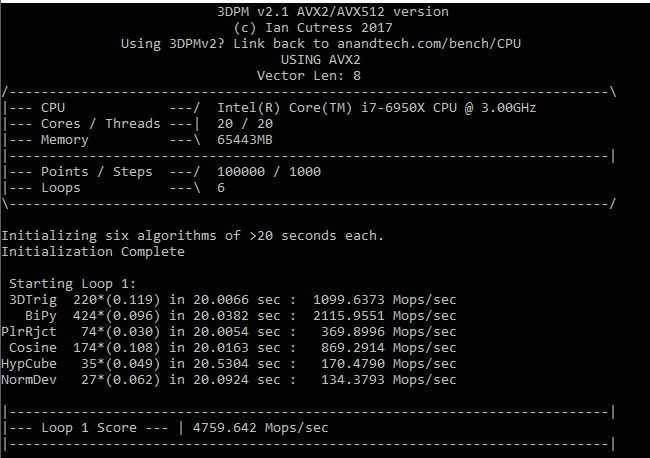 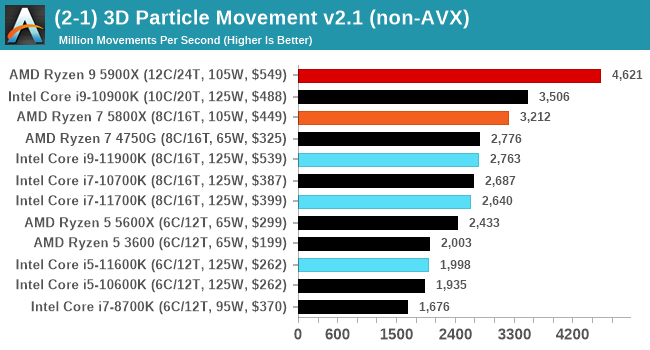 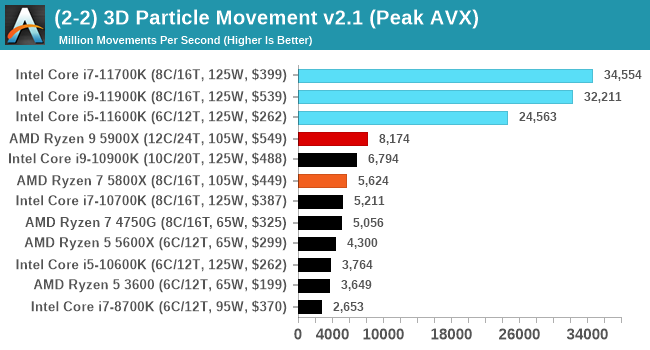 When AVX-512 comes to play, every-one else goes home. Easiest and clearest win for Intel. 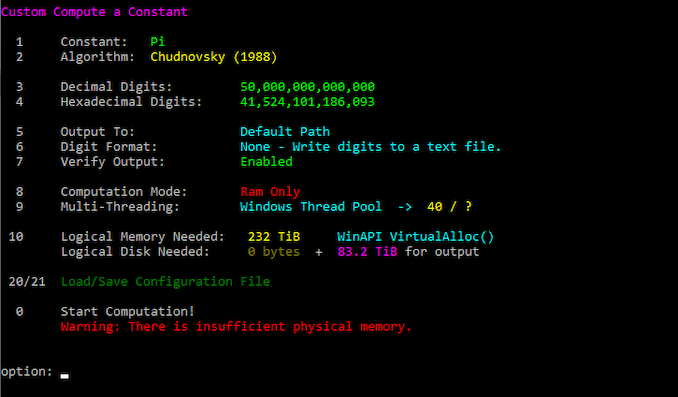 For our purposes, we’re calculating Pi, as it is more compute bound than memory bound. In ST and MT mode we calculate 250 million digits. 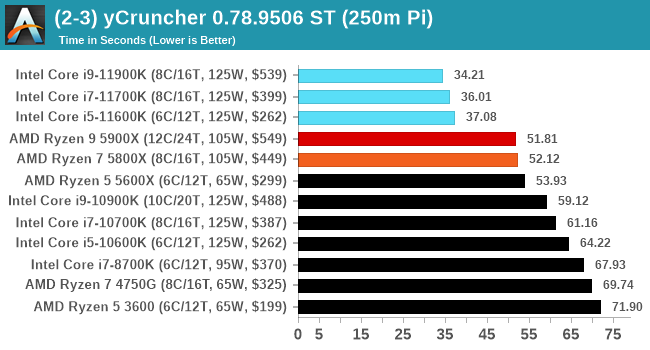 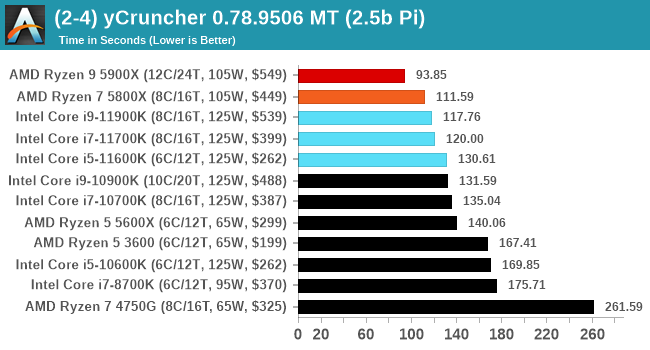 In ST mode, we are more dominated by the AVX-512 instructions, whereas in MT it becomes a mix of memory as well. 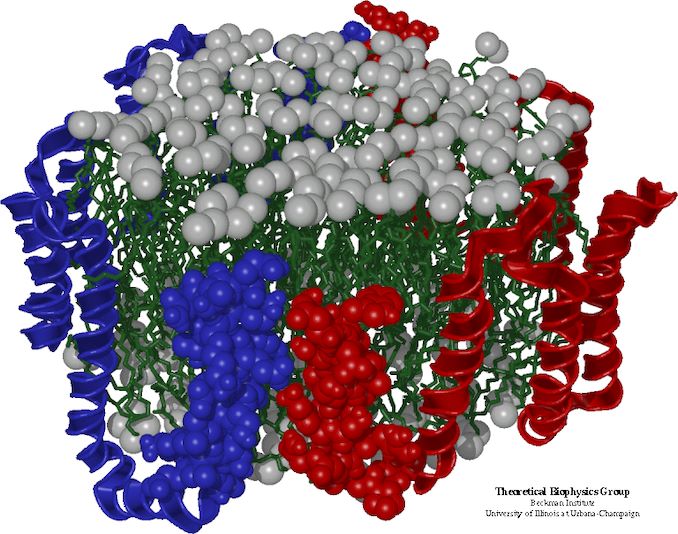 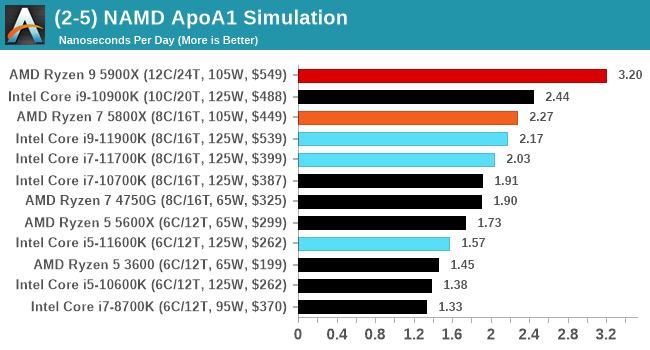 The Intel parts shows some improvement over the previous generations of Intel, however the 10-core Comet Lake still wins ahead of Rocket Lake. 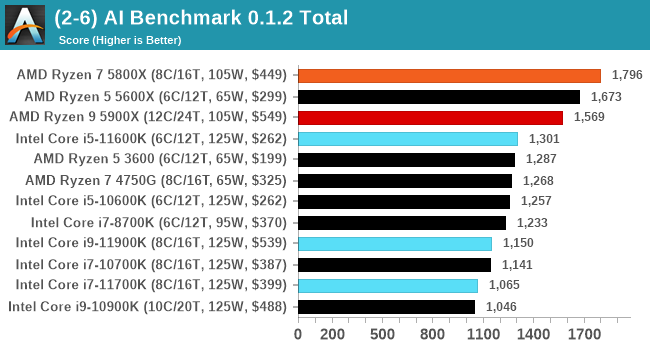 Every generation of Intel seems to regress with AI Benchmark, most likely due to MKL issues. I have previously identified the issue for Intel, however I have not heard of any progress to date.