When Intel first launched the LGA-775 socket we were skeptical; reports of extremely high failure rates of initial sockets were pouring out of Taiwan and we had feared the worst: had Intel finally broken all ties with the enthusiast community by implementing a socket that would fail after a couple of insertions?

Now, 5 months after the public introduction of LGA-775, we can say that our deepest fears didn’t end up materializing.  We’ve done a tremendous number of LGA-775 CPU installations over the past several months across various motherboards and have yet to encounter a system that will no longer POST or even a single bent pin on the motherboard. 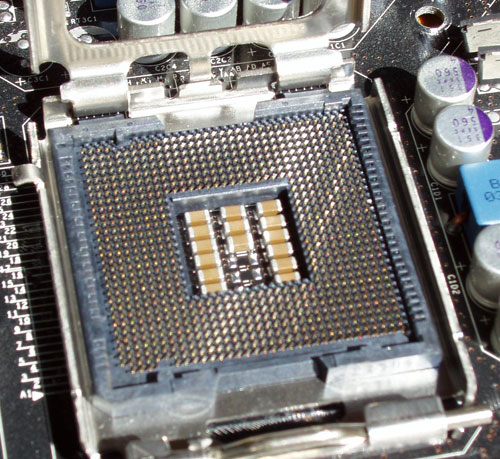 We do have complaints about Intel’s retail heatsink/fan and its mounting mechanism.  While we were originally quite impressed with how much easier the LGA-775 HSF mounted than the older Socket-478 units, the more we used them, the more we began to despise them just as much as we did the previous model. 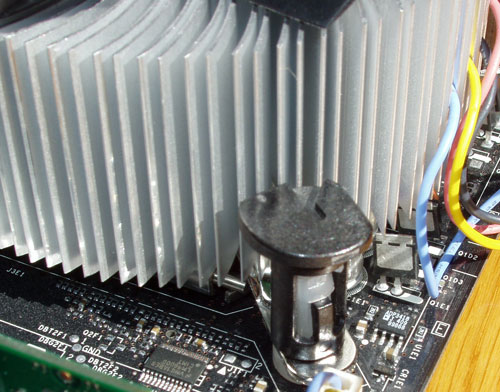 The problem with the new heatsink is that it is very easy to not get all of the four pegs to lock into place properly, which usually results in a clock throttling CPU that’s difficult to detect.  The issue seems to be much more common on the higher speed Prescotts (3.6GHz and 3.8GHz); the first time you mount the heatsink it’s usually not a problem, but remove it and reinstall it a few times and now things aren’t quite as perfect.  The pegs don’t always lock into place securely and we’ve had cases where one of the pegs will pop out of place.  Usually if you spend more time with it and apply a good amount of pressure to the culprit pegs you’ll avoid any issues.  It’s not an unsurmountable problem but it’s definitely an annoyance we’ve had since the launch of the LGA-775 socket.

We much prefer AMD’s simple, single lever approach to heatsink installation as it is effortless and we’ve never had an issue with an improperly cooled CPU.  To Intel’s credit, the Pentium 4 does produce significantly more heat than the Athlon 64 so maintaining better contact between the heatsink and the CPU is much more important to Intel than AMD, but that doesn’t change the fact that Intel’s heatsink can be a pain to install and reinstall.

The worries of users bending pins in the socket and returning their motherboards also doesn’t seem to be a real issue as we haven’t heard any complaints from the Taiwanese motherboard manufacturers.