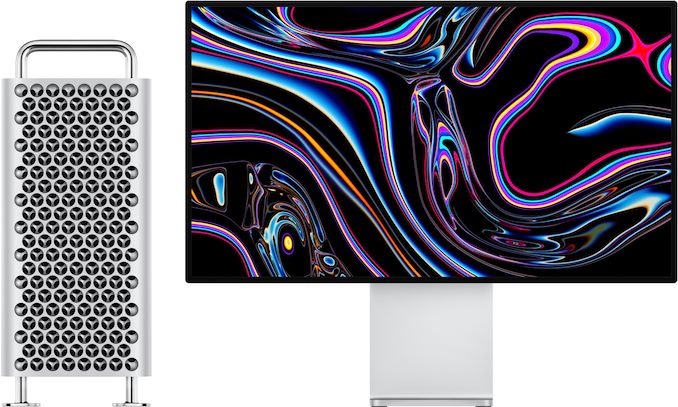 Apple on Tuesday started sales of its revamped Mac Pro workstation. The new Mac Pro brings Apple back to the forefront of expensive, high-performance workstations for the first time in years. The company also began sales of its new Pro Display XDR, the company’s first high-end monitor in a long time.

The Apple Mac Pro workstation are powered by Intel’s Xeon W processors, with options ranging from eight to 28 cores. Memory options similarly span a wide range, all the way from 32 GB to 1.5 TB of DDR4-2933 memory. Meanwhile the machine's storage, which all solid-state and backed by Apple's T2 controller, is available today from 256 GB to 4 TB, and Apple has already announced that an 8TB option is coming soon.

As for the graphics side of things, the Mac Pro starts with AMD's Radeon Pro 580X. Upgrade options include the newer Radeon Pro W5700X – roughly equivalent to AMD’s recently launched Radeon Pro W5700 – and the top option is up to two AMD Radeon Pro Vega II Duo graphics cards in MPX form-factor. The latter offers a total of 16384 stream processors (4096 SPs per GPU), 128 GB of HBM2 memory (32 GB per GPU), and eight display outputs.

Since the Mac Pro machine is aimed at professionals from the movie and adjacent industries, they can be equipped with Apple’s Afterburner FPGA-based accelerator card. All told, the workstation has multiple PCIe 3.0 slots and a 1.4 kW PSU, so the new Mac Pro can be expanded quite significantly. 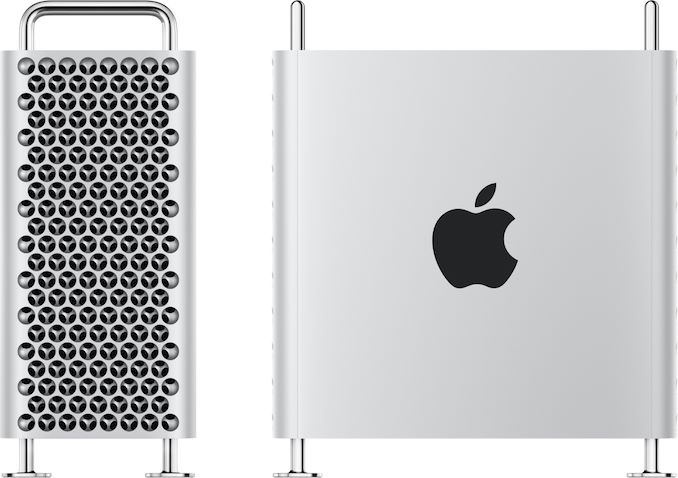 In addition to the new workstation, Apple also started to sell its exclusive 32-inch Pro Display XDR monitor. The (ed: breathtaking) display uses a 10-bit IPS panel and offers a 6016×3384 resolution, 1,000 nits – 1,600 nits brightness (sustained/peak), and a 1,000,000:1 contrast ratio because of Mini-LED backlighting. The standard model of the display costs $4,999, but an anti-reflective version with nano-texture glass carries a $5,999 MSRP. Infamously, the monitor doesn't come with a stand or VESA mount adapter, and these have to be purchased separately for $999 and $199, respectively. 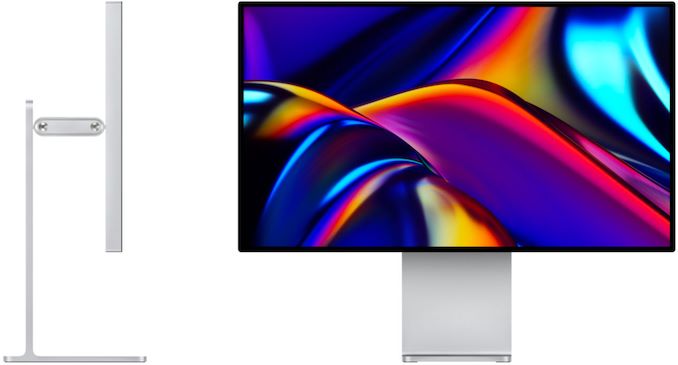