When it comes to displays, last year's iPhone XS didn’t showcase any major display changes compared to the original iPhone X, as the two phones seemingly shared the same display panel. In contrast to that situation, for the new iPhone 11 Pros, Apple is advertising using a newer generation panel which brings notable improvements with it.

In terms of dimensions or resolution, there’s no visible changes on the new panels, and you’d have to look under the hood to see what has actually changed. The most notable improvement this year is a switch in the OLED emitter material that’s been used by Samsung in producing the new screen. The new generation emitter was first introduced in the display panel of the Galaxy S10, and to my knowledge it has subsequently only been used in the Note10 series as well as the new OnePlus 7T (regular version only). The iPhone 11 Pro phones now join this limited group of devices, and the biggest improvements to the user experience will be higher maximum brightness levels as well as improved power efficiency.

The regular iPhone 11, on the other hand does not seem to have changed much from the iPhone XR. It remains a relatively lower resolution LCD screen, although its display characteristics remain excellent.

We move on to the display calibration and fundamental display measurements of the iPhone 11 screens. As always, we thank X-Rite and SpecraCal, as our measurements are performed with an X-Rite i1Pro 2 spectrophotometer, with the exception of black levels which are measured with an i1Display Pro colorimeter. Data is collected and examined using SpectraCal's CalMAN software. 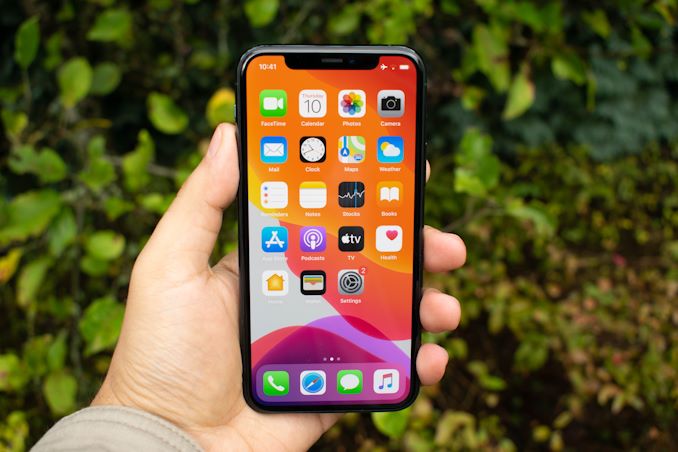 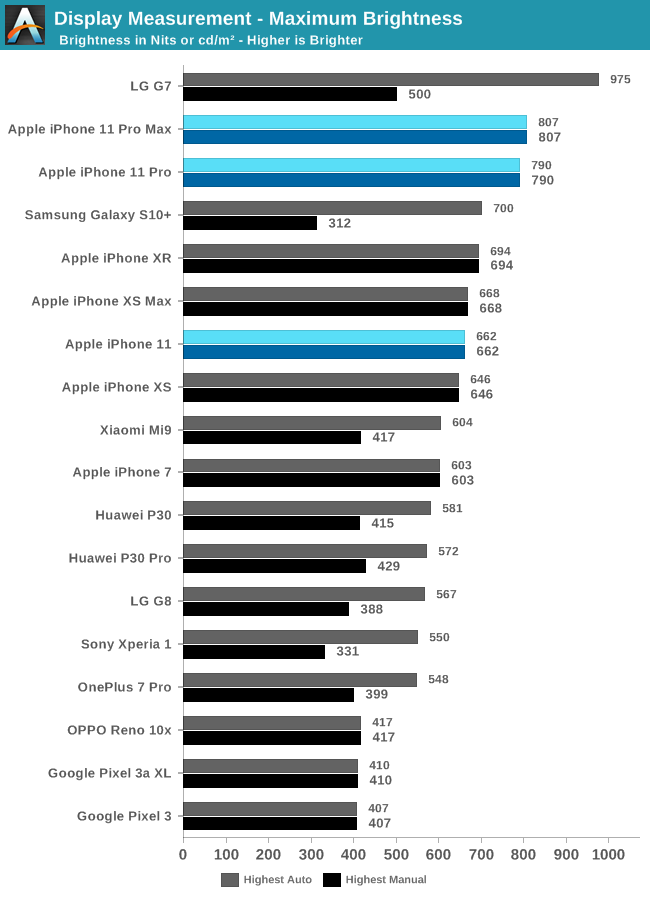 In terms of maximum brightness, Apple has advertised that the new iPhone 11 Pro’s can reach up to 800nits of brightness displaying regular content. We’re able to verify this, as our 11 Pro Max sample reached 807 nits while the 11 pro reached 790 nits. Consequently, it’s quite odd to see that the LCD-based iPhone 11 is now the lowest brightness device in the line-up. As always, Apple doesn’t make use of any brightness boost mechanism and thus allows its peak brightness to be achieved in any scenario.

Apple also advertises that the screen does go up to 1200 peak brightness in HDR content, however I haven’t been able to go ahead to verify this in our current test suite.

In the greyscale tests, all the iPhones perform extremely well, as expected. The Pro models do showcase a tendency to have slightly too strong red levels, so their color temperature is ever so slightly too warm. This characteristic diminishes the higher in brightness we go on the Pro models. The iPhone 11 has a weakness in the greens, so its color temperature is a above the 6500K white point target.

Gamma levels are excellent and target levels of 2.2. The Pro models are veering off towards higher gamma at higher picture levels, something that isnt as prominently exhibited by the iPhone 11. I’m not sure if this is due to a non-linear APL compensation of the phone screen during our measurement patterns, or if there’s an actual issue of the calibration. 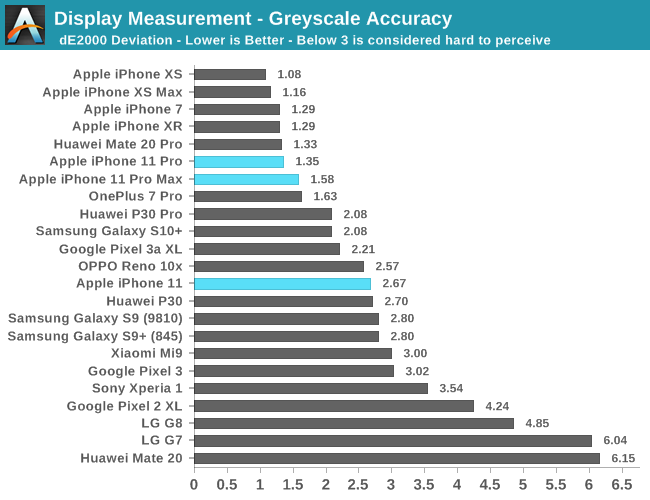 The dE2000 deviation scores for the Pro models this year are slightly worse than what we saw in last year’s XS devices, however it’s still firmly among the best in class devices out there in the market, and you’d be hard pressed to perceive the small deviations. The iPhone 11 oddly enough does fare a bit worse off than the iPhone XR due to the larger deviations in color balance. 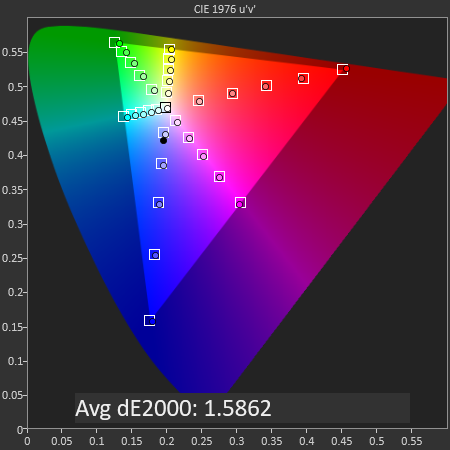 In the sRGB color space (default device content), the iPhone 11 performs extremely well with only minor shifts in hue in the greens. 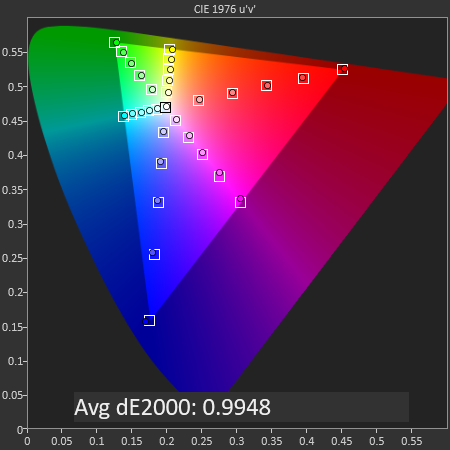 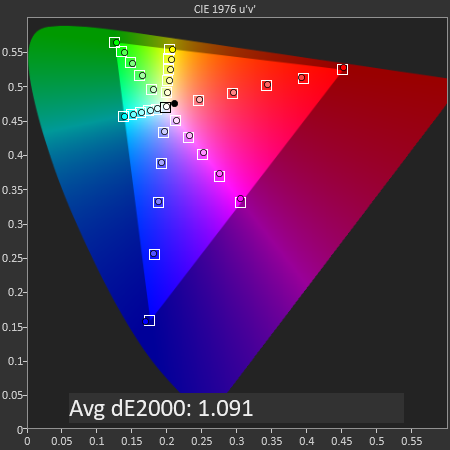 In the same test, both the Pro models are showcasing exemplary accuracy. 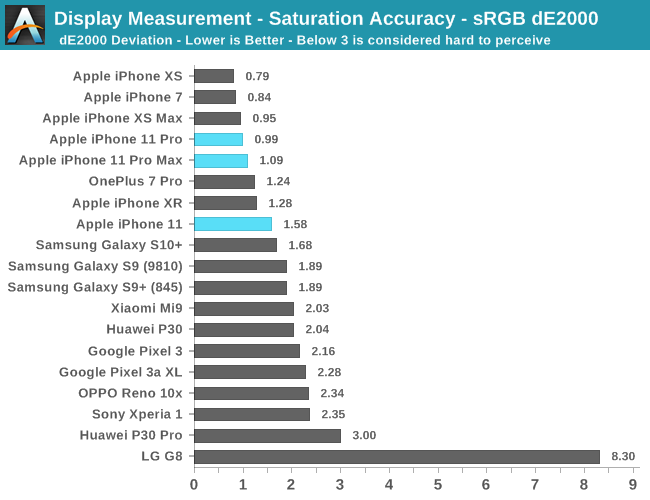 The Pro models are just a bit worse off than the XS models of last year, but again these are among the most accurate displays you’ll find out there – mobile devices or not. The iPhone 11 is still excellent, although showing a bit larger deviation compared to the XR. 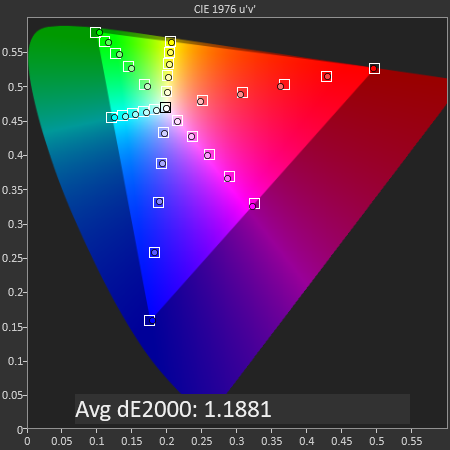 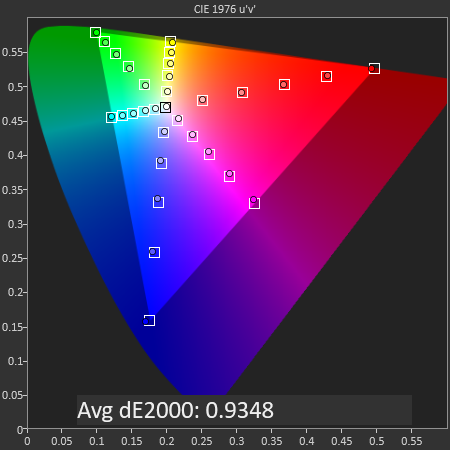 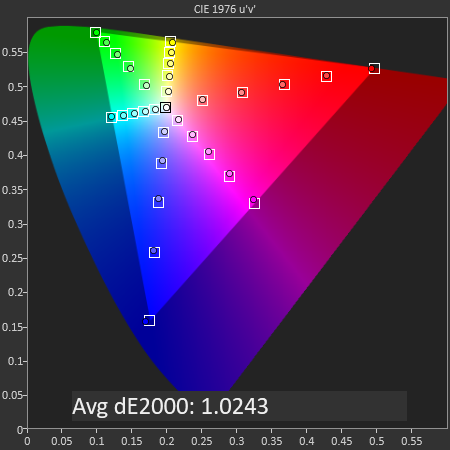 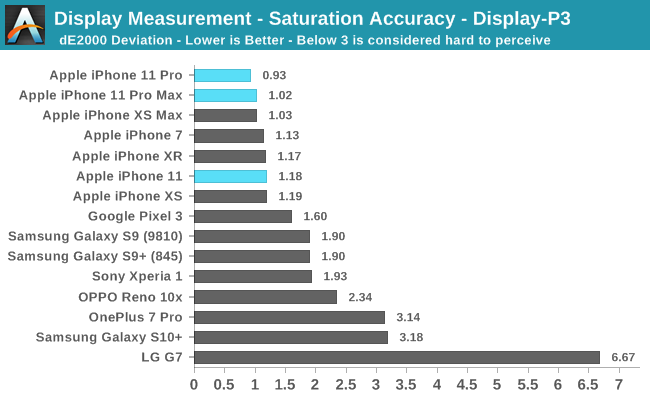 For Display P3 content, the iPhone 11 Pro models showcase the best saturation accuracies we’ve ever measured on any display. This time around, the iPhone 11 is in line with the XR. 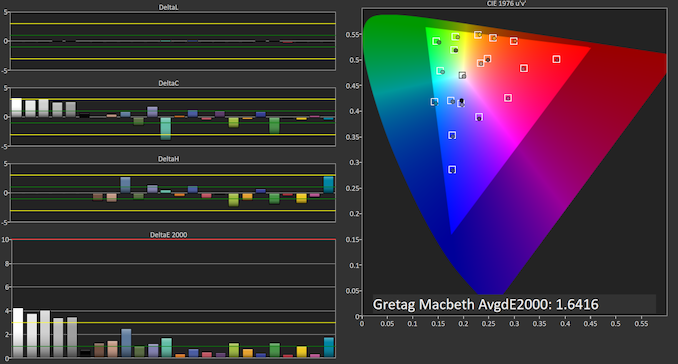 In the Gretag-MacBeth test of common tones, the only real issue of the iPhone 11 is the whites which had showcased a weakness of greens. Notice how the luminosity of the tones are essentially absolutely perfect. 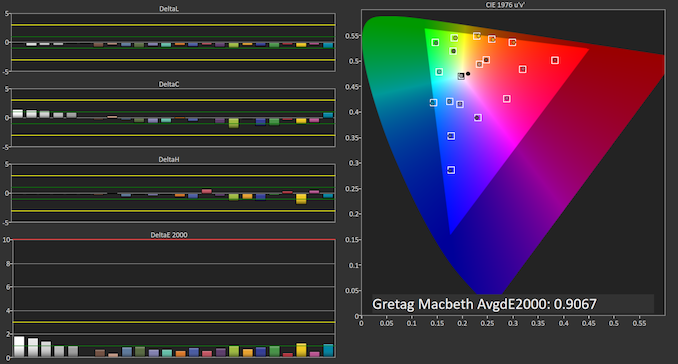 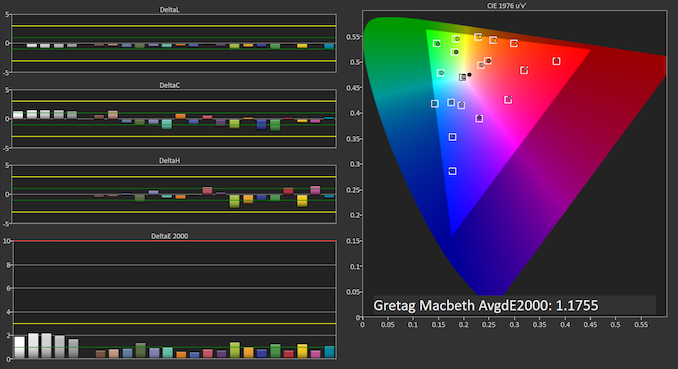 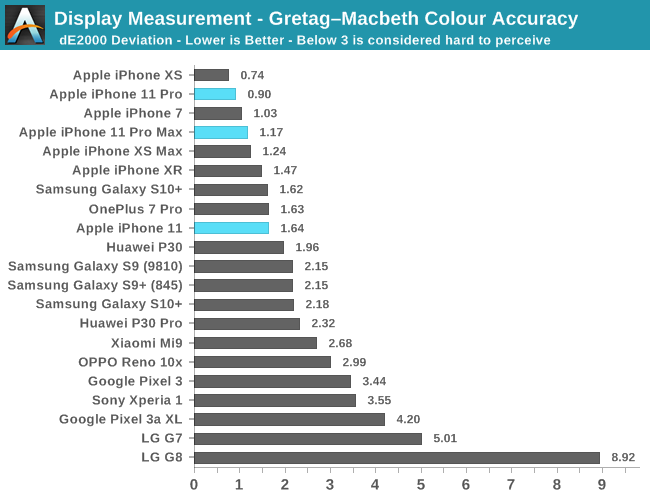 Overall in terms of the color calibration and screen quality, the iPhones are the very best in the industry. There’s really nothing I can say about them as they’re class-leading in every regard.

The iPhone 11’s LCD screen isn’t for my taste due to the lower resolution, which frankly does bother me, and it certainly doesn’t have the same contrast characteristics as the Pro models. So while colors are still extremely good, it remains a compromise in 2019 when essentially every manufacturer has moved on to adopt OLED screens.

Naturally, we didn’t want to finish the display evaluation section without verifying Apple’s claims about the new improved power efficiency of the iPhone 11 Pro panels. 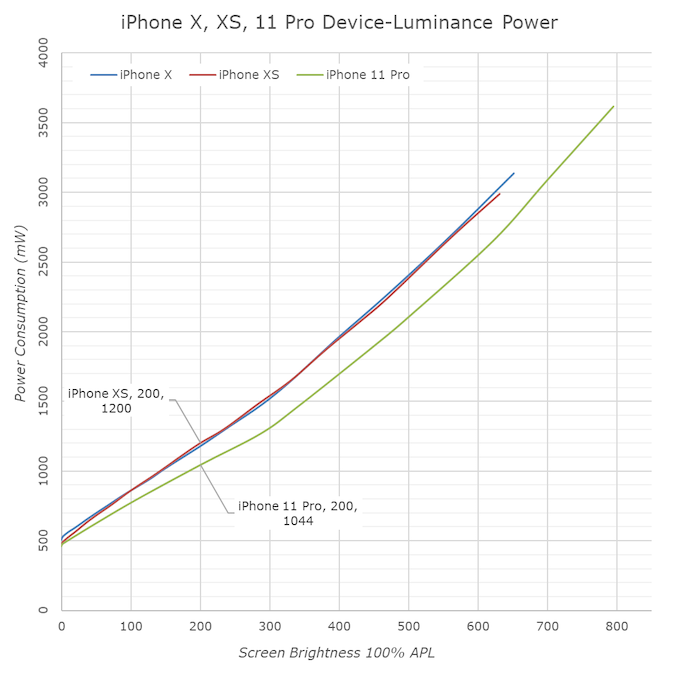 Comparing the three generations of identical format iPhones, we again see that the display power consumption between the original iPhone X and the XS didn’t differ much at all. Plotting the new iPhone 11 Pro in the chart however we immediately see the difference in the new generation.

At equal brightness levels, Apple has indeed been able to improve the power efficiency of the panel by 15% - just as Apple’s marketing described it. We also see how the new panel expands past the brightness limits of the X and XS, reaching 800nits. This does come at a cost however, as the improved power efficiency isn’t able to completely make up for the larger brightness increase, so the maximum power consumption of the screen displaying full white does rise from 2.6W to 3.1W.