Valhall and the new Mali-G77 follow up on the last three generations of Mali GPUs with some significant improvements in performance, density and efficiency. While last year’s G76 introduced some large changes to the compute architecture of the execution engines, the G77 goes a lot further and departs from Arm’s relatively unusual compute core design.

A look back at Bifrost – third time’s the charm

It’s not too big of a secret that the last few years haven’t been very kind to Arm’s GPU IP offerings. When the first Bifrost GPU - the Mali-G71 was announced back in 2016 and productised later that year in the Kirin 960 and Exynos 8895, we had expected good performance and efficiency gains.

Bifrost was Arm’s first scalar GPU architecture, departing from the previous generation’s (Midgard: T-600, 700 & 800 series) vector instruction design. The change was fundamental and akin to what we saw desktop GPU vendors like AMD and Nvidia introduce with their new GCN and Tesla architectures last decade.

Unfortunately the first two generations of Bifrost, the Mali-G71 and subsequent G72 weren’t very good GPUs. Arm’s two leading licensees, HiSilicon and Samsung, both came out with quite disappointing SoCs when it came to their GPUs these two generations. The Kirin 960 and 970 in particular were extremely bad in this regard and I’d argue it had quite a lot of impact on Huawei and Honor’s product planning and marketing. 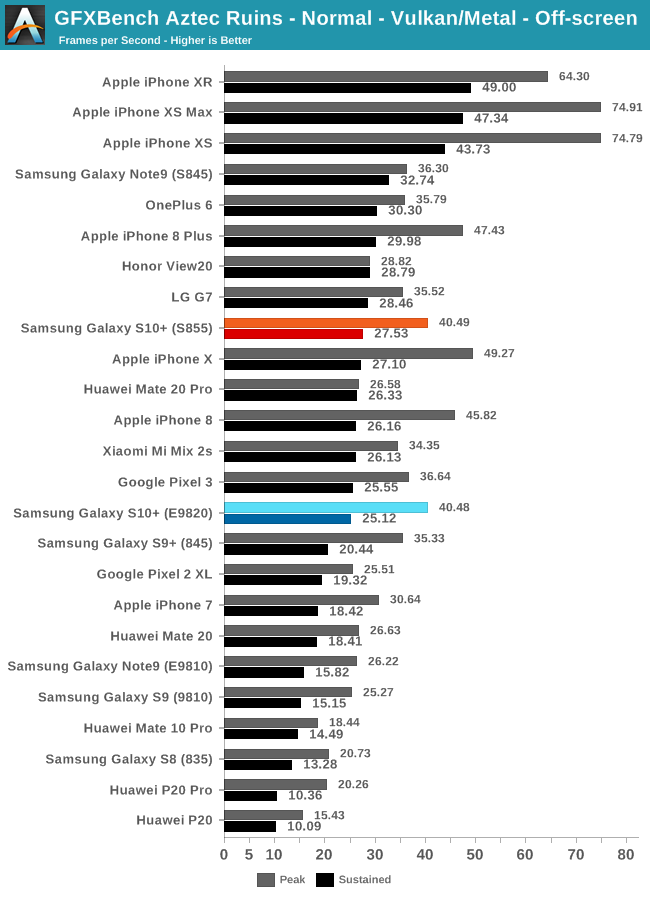 The last iteration of the Bifrost architecture, the Mali-G76 was a more significant jump for Arm and the IP was largely able to resolve some of the critical issues of its predecessors, resulting in relatively good results for the Exynos 9820 and Kirin 980 chipsets.

Unfortunately while Arm was catching up and fixing Bifrost’s issues, the competition didn’t merely hold still and was pushing the envelope. Qualcomm’s Adreno GPU architecture had been leading the mobile landscape for several years now, and even though the Adreno 640 didn’t post quite as impressive improvements this year, it’s still clearly leading Arm in terms of performance, efficiency and density. More worrisome is the fact that Apple’s GPU in the A12 was an absolutely major jump in terms of performance and efficiency, performing massively better than even Qualcomm’s best, not to speak of Arm’s own Mali GPUs.

Today we’ll be covering Arm’s brand-new GPU architecture: Valhall (anglicized version of the old Norse Valhöll, a.k.a. Valhalla).  The new architecture brings a brand-new ISA and compute core design that tries to address the major shortcomings of the Bifrost architecture, and looks to be a lot more similar to the design approaches we saw adopted by other GPU vendors. 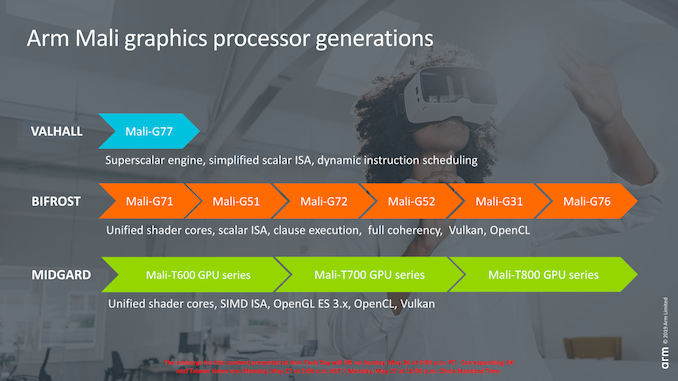 The first iteration of the Valhall GPU is the new Mali-G77 which will implement all of the architectural and micro-architectural improvements we’ll be discussing today. 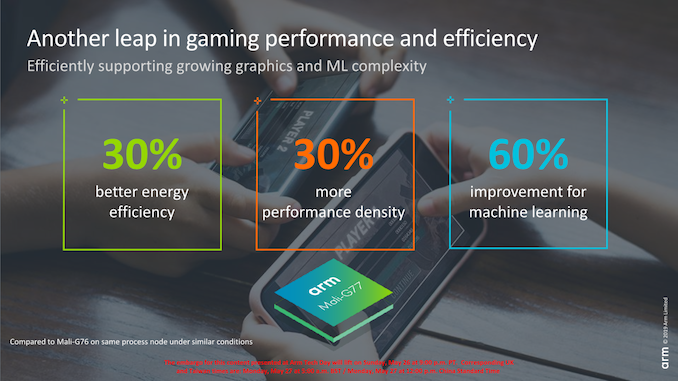 What’s being promised is a 30% gain in energy efficiency as well as area density (at ISO-performance & process) and a 60% increase in performance of machine learning inferencing workloads on the GPU. 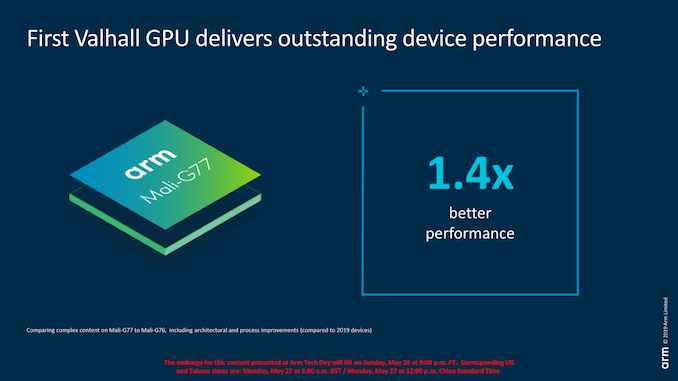