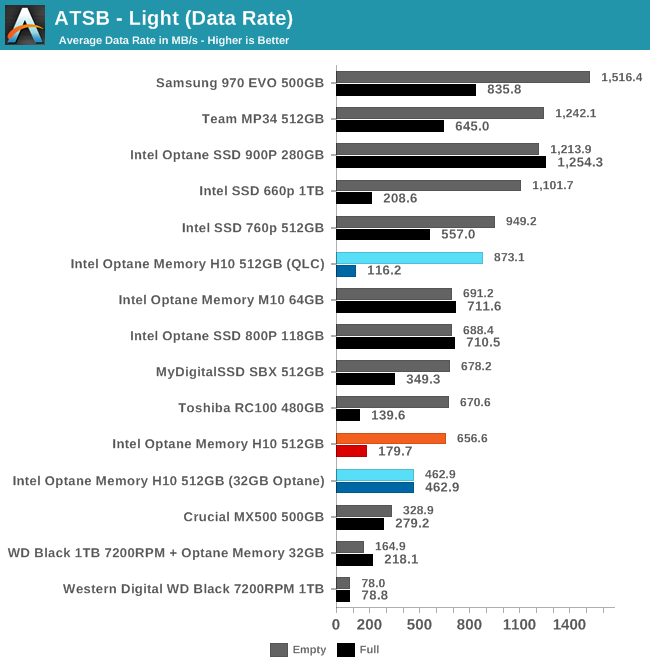 The Intel Optane Memory H10 is generally competitive with other low-end NVMe drives when the Light test is run on an empty drive, though the higher performance of the QLC portion on its own indicates that the H10's score is probably artificially lowered by starting with a cold Optane cache. The full-drive performance is worse than almost all of the TLC-based SSDs, but is still significantly better than a hard drive without any Optane cache. 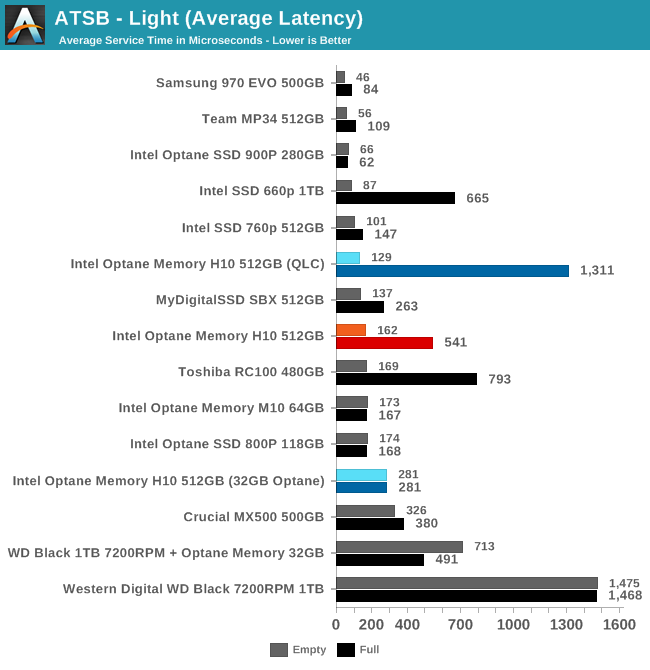 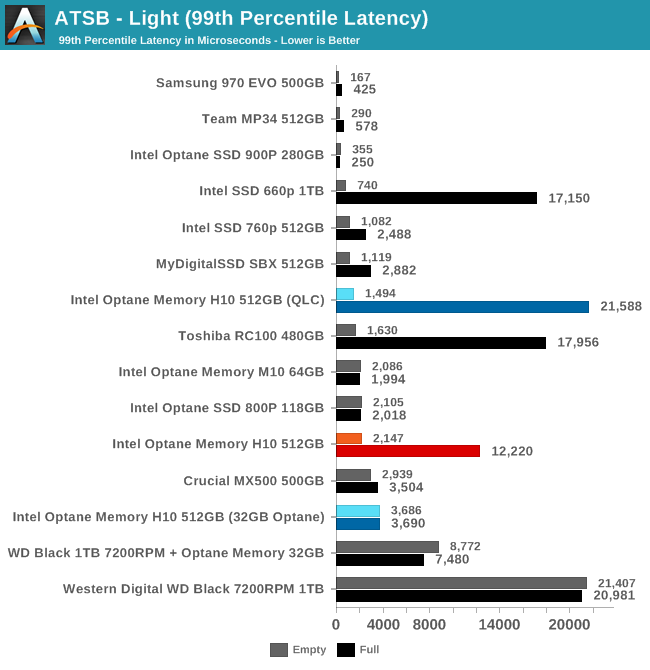 The average and 99th percentile latencies from the Optane Memory H10 are competitive with TLC NAND when the test is run on an empty drive, and even with a full drive the latency scores remain better than a mechanical hard drive. 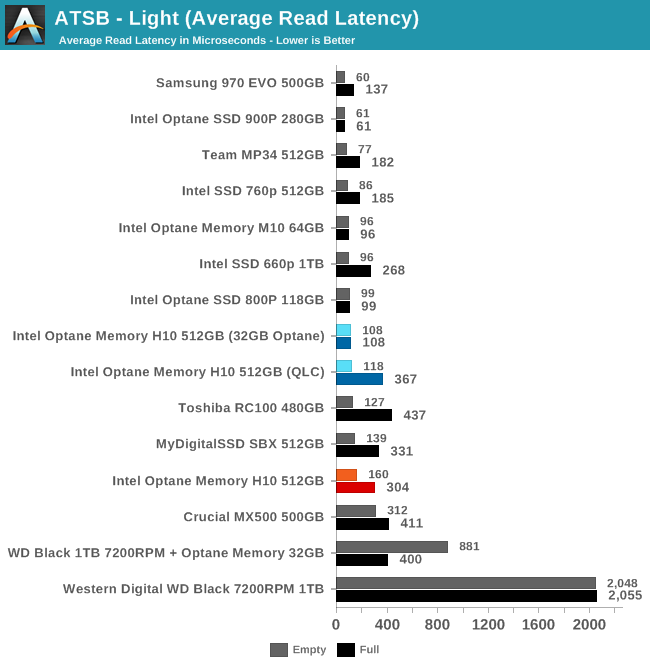 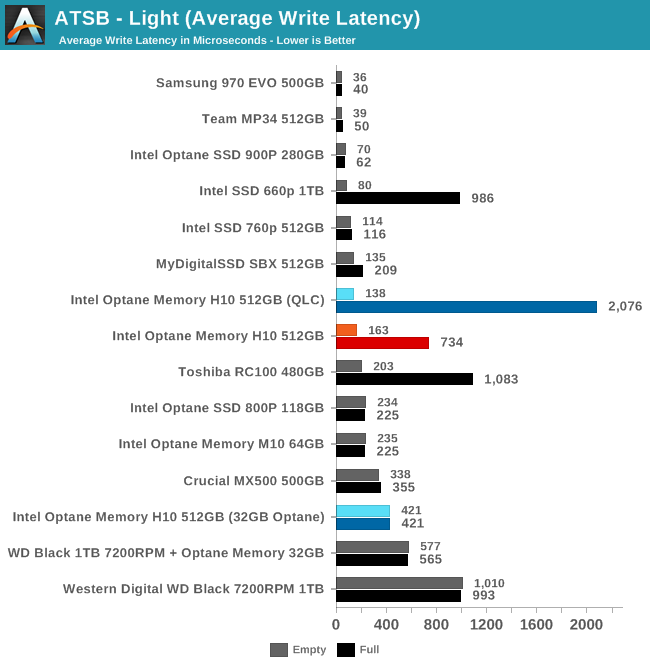 The average write latency in the full-drive run is the only thing that sticks out and identifies the H10 as clearly different than other entry-level NVMe drives, but the TLC-based DRAMless Toshiba RC100 is even worse in that scenario. 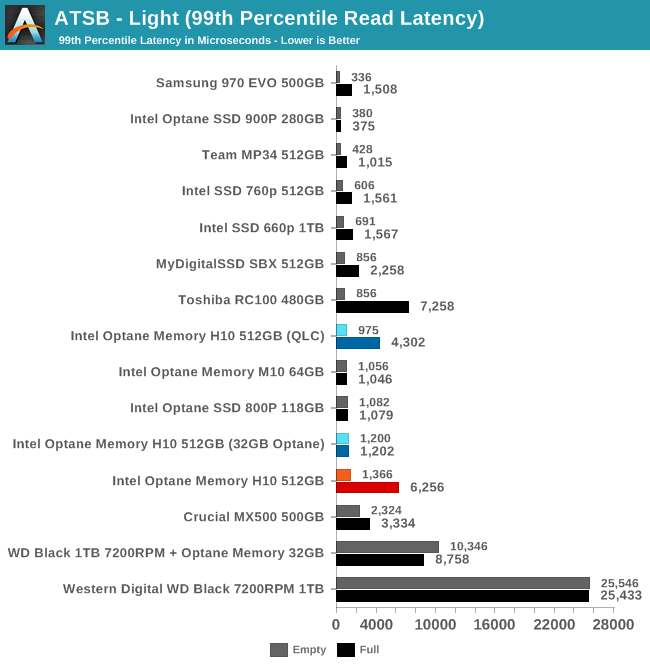 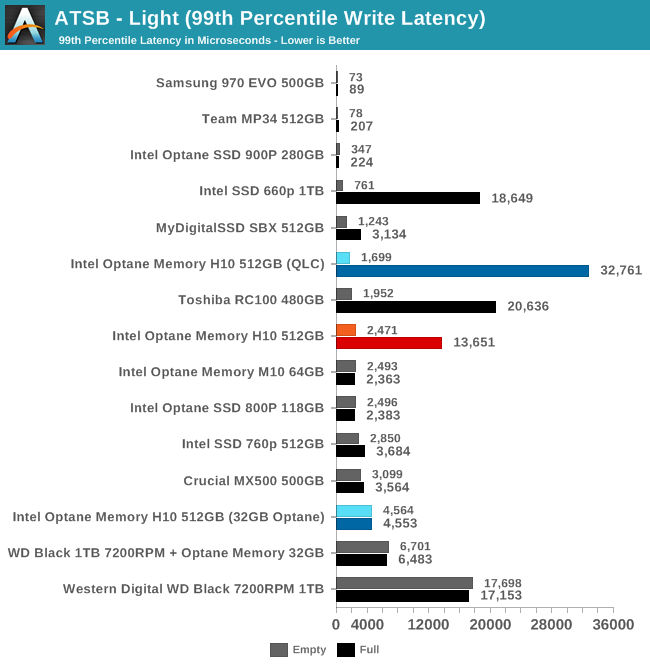 Unlike the average latencies, both the read and write 99th percentile latency scores for the Optane H10 show that it struggles greatly when full. The Optane cache is not nearly enough to make up for running out of SLC cache.