GPU performance of the new Adreno 640 in the Snapdrago 855 is interesting: The company’s performance claims were relatively conservative as they showcased that the new unit would perform only 20% better than its predecessor. This is a relatively low figure given that Qualcomm also advertises that the new GPU sees a 50% increase in ALU configuration, as well as of course coming on a new 7nm process which should give the SoC a lot of new headroom. 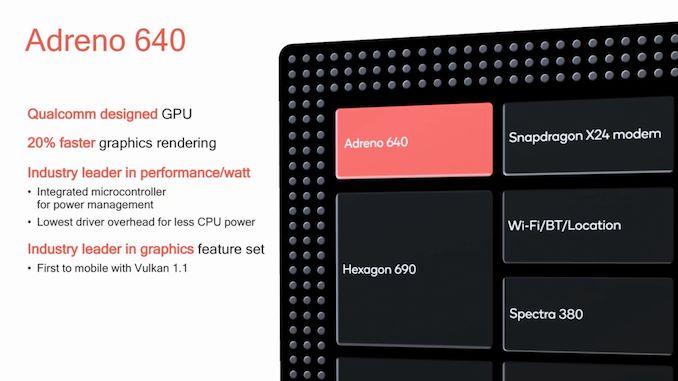 Before discussing the implications in more detail, let’s see the performance numbers in the new GFXBench Aztec benchmarks.

As a reminder, we were only able to test the peak performance of the phone as we didn’t have time for a more thorough sustained performance investigation. 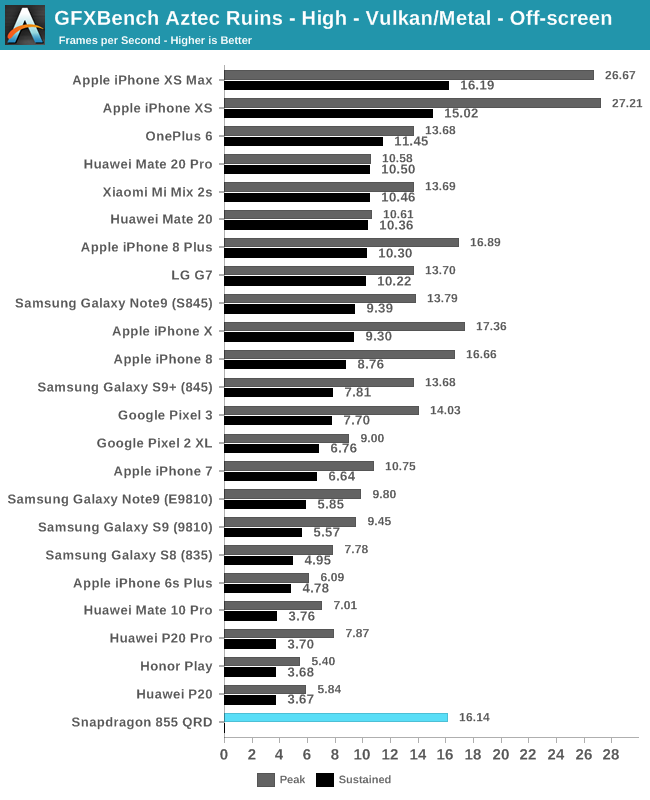 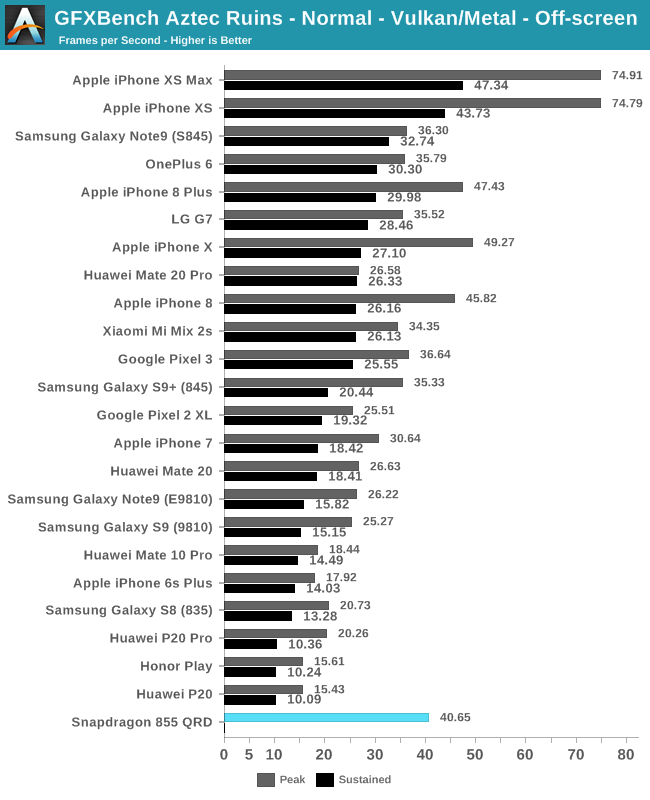 Both Aztec High and Normal results fall pretty much in line with Qualcomm’s advertised 20% improvement over the Snapdragon 845. Here the new chipset falls behind Apple’s A11 and A12 chips – although power consumption at peak levels is very different as we’ll see in just a bit. 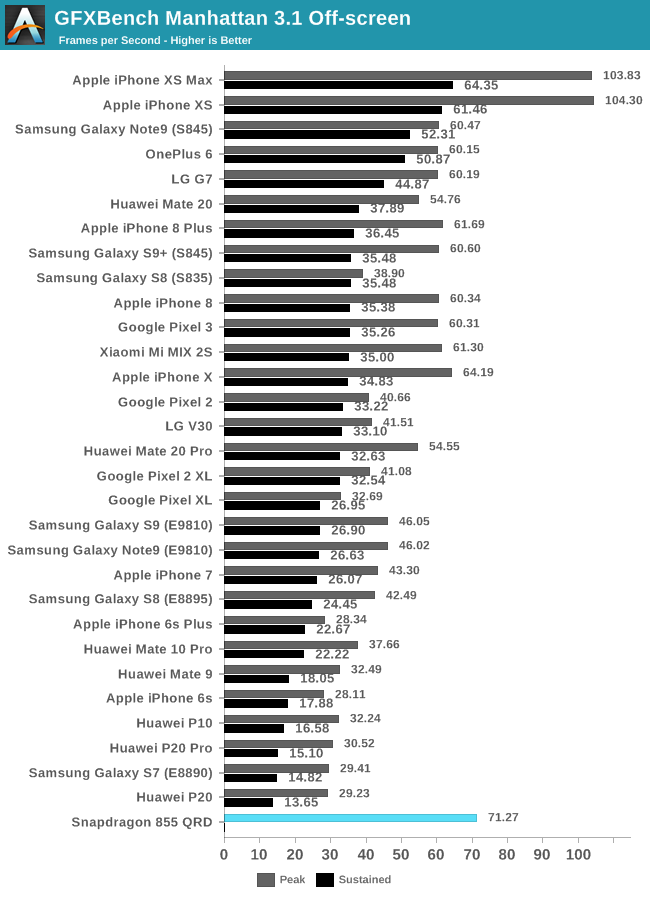 Switching over to the power efficiency table in 3D workloads, we see Qualcomm take the lead in terms of power efficiency at peak performance, only trailing behind Apple's newest A12. What is most interesting is the fact that the Snapdragon 855’s overall power consumption has gone down compared to the Snapdragon 845 – now at around 4.4W versus the 5W commonly measured in S845 phones. 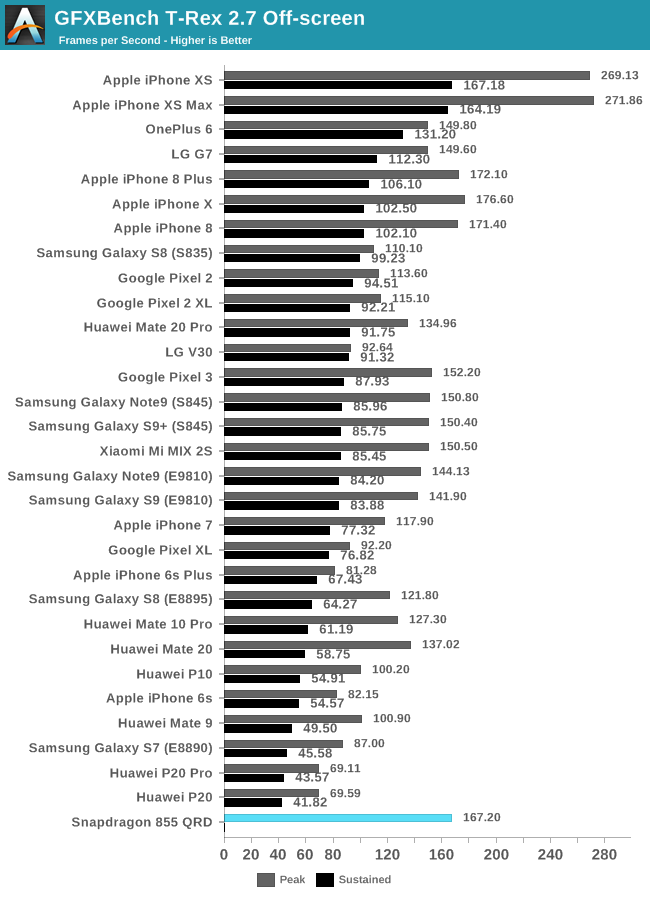 T-Rex’s performance gains are more limited because the test is more pixel and fill-rate bound. Here Qualcomm made a comment about benchmarks reaching very high framerates as they become increasingly CPU bound, but I’m not sure if that’s actually a problem yet as GFXBench has been traditionally very CPU light.

Overall, I’m very happy with the initial performance and efficiency results of the Snapdragon 855. The S845 was a bit disappointing in some regards because Qualcomm had opted to achieve the higher performance figures by increasing the peak power requirements compared to exemplary thermal characteristics of the Snapdragon 835. The new chip doesn’t quite return to the low power figures of that generation, however it meets it half-way and does represent a notable improvement over the Snapdragon 845.