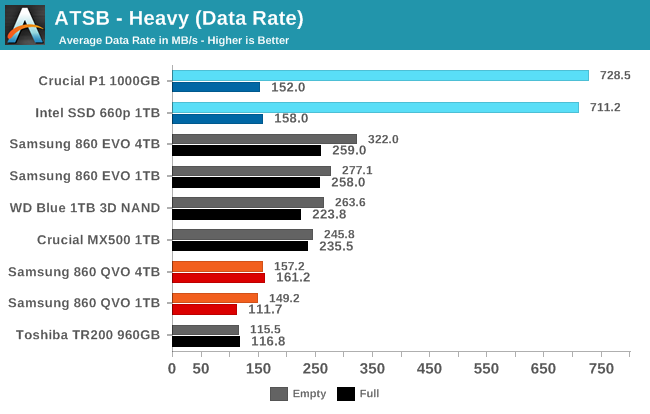 Neither capacity of the Samsung 860 QVO can keep pace with the mainstream TLC drives on the write-intensive Heavy test, but they both outperform the DRAMless TLC drive. The NVMe+QLC drives from Intel and Micron fare much better when the test is run on an empty drive, but when full they too fall behind the mainstream TLC SSDs. 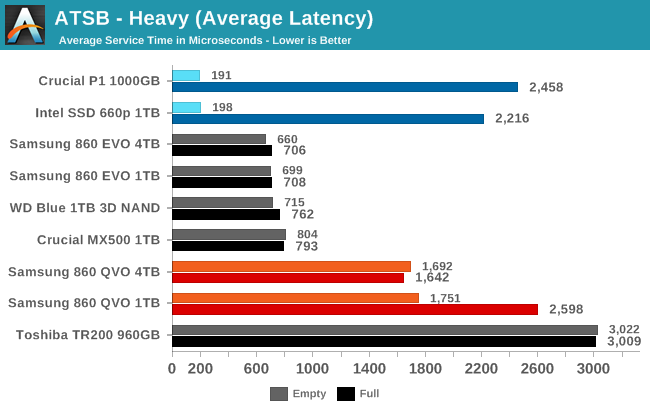 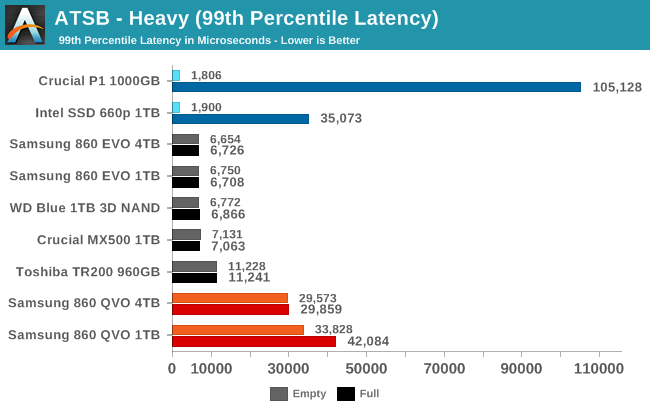 The Samsung 860 QVOs have much worse latency scores than the mainstream TLC drives, and the 99th percentile latency is much worse than even the DRAMless TLC SSD. However, the Samsung QLC drives are a bit better than the Intel/Micron QLC drives at keeping latency under control when the test is run on a full drive. 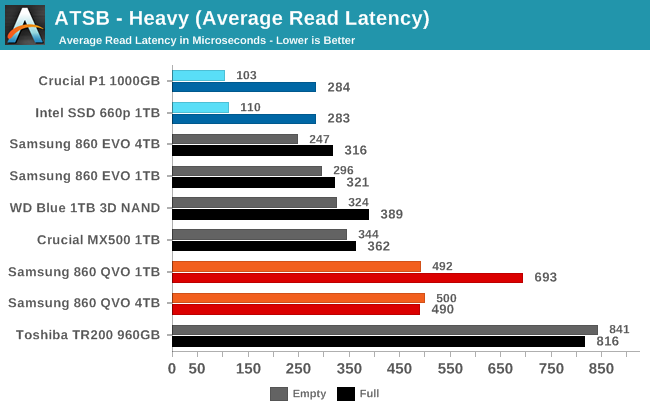 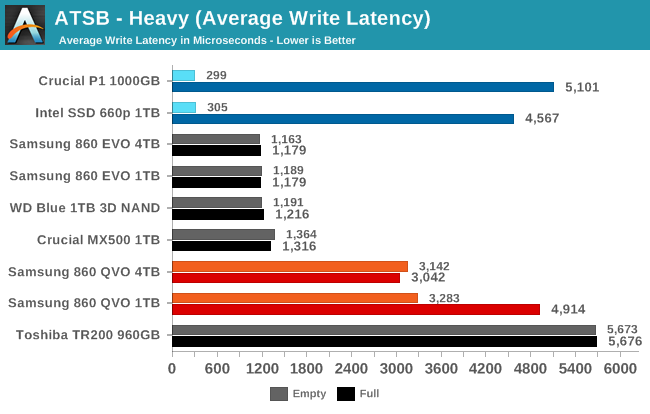 The average read latencies from the Samsung 860 QVOs are only a bit higher than the mainstream TLC drives, but the average write latencies stand out as worse by at least a factor of two. 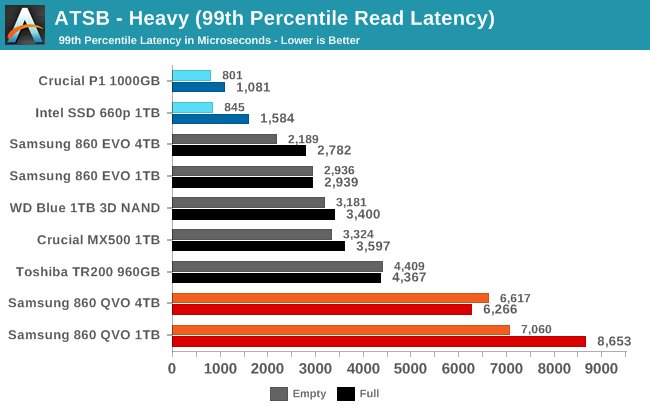 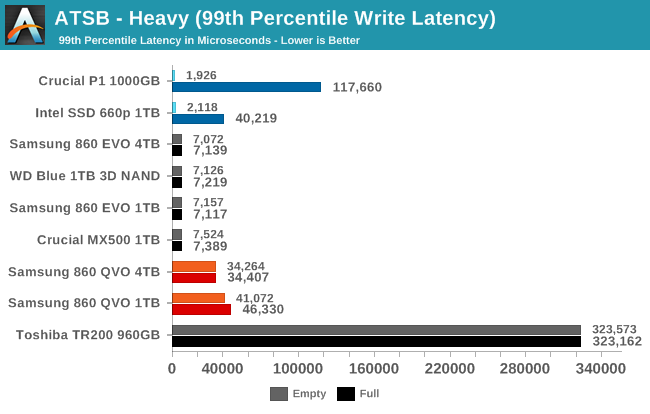 The 99th percentile read and write latency scores from the 860 QVOs are poor, but they at least avoid the horrific write QoS issues that the Toshiba TR200 shows, and are better than the full-drive run on the Crucial P1. 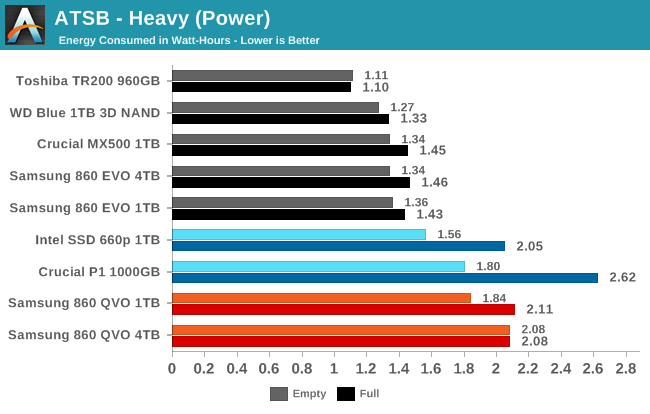 The Samsung 860 QVO uses substantially more energy over the course of the Heavy test than the other SATA drives, and more than the the NVMe QLC drives in most cases, too.