So this is where AMD broke our graphing engine. Because we report Corona in rays per second, having 12 million of them puts eight digits into our engine, which it then tries to interpret as a scientific number (1.2 x 10^7), which it can’t process in a graph. We had to convert this graph into millions of rays per second to get it to work.

The 2990WX hits out in front with 32 cores, with its higher frequency being the main reason it is so far ahead of the EPYC processor. The EPYC and Core i9 are close together, however the TR2950X at half the cost comes reasonably close.

The additional cores on the 2990WX puts it out ahead of the EPYC and Core i9, with the 2990WX having an extra 58% throughput over the Core i9. That is very substantial indeed. 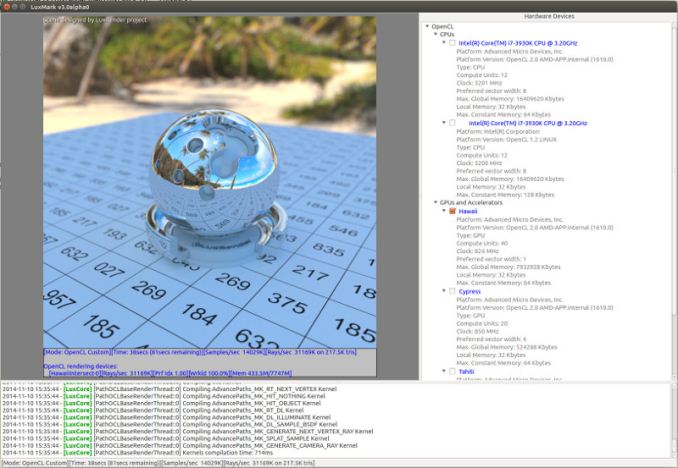 Intel’s Skylake-X processors seem to fail our OpenCL test for some reason, but in the C++ test the extra memory controllers on EPYC sets it ahead of both TR2 and Core i9. The 2990WX and Core i9 are almost equal here.

This test is another that loves the cores and frequency of the 2990WX, finishing the benchmark in almost 20 seconds. It might be time for a bigger built-in benchmark.