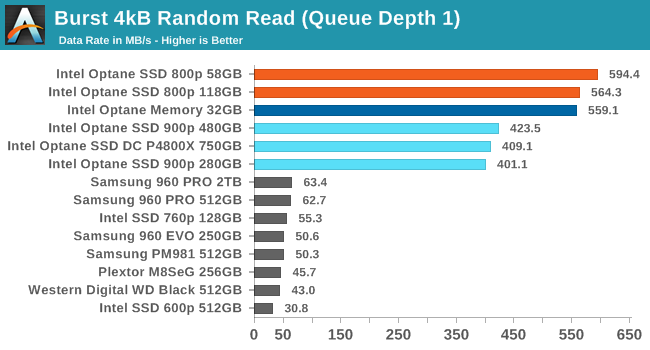 Like the Optane Memory M.2, the Optane SSD 800p has extremely high random read performance even at QD1. The M.2 drives even have a substantial lead over the much larger and more power-hungry 900p and its enterprise counterpart P4800X. Even the best flash-based SSDs are almost an order of magnitude slower. 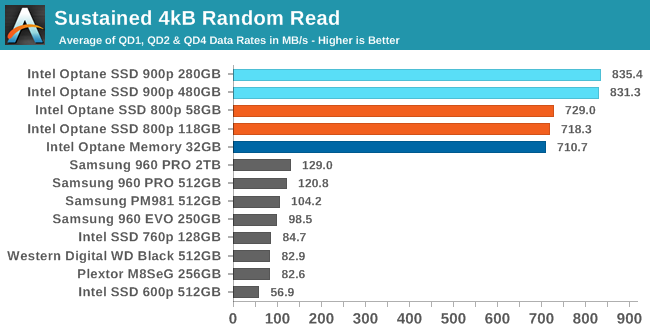 The Optane SSDs continue to dominate on the longer random read test, though the addition of higher queue depths allows the 900p to pull ahead of the 800p. 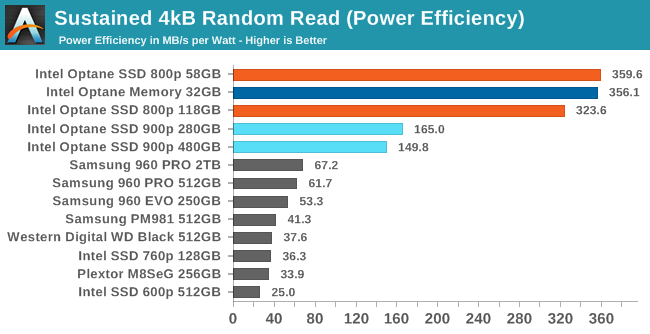 With extremely high performance but lacking the high power draw of the enterprise-class 900p, the Optane SSD 800p is by far the most power efficient at performing random reads.

The Optane SSD 800p starts out in the lead at QD1, but its performance is overtaken by the 900p at all higher queue depths. The flash-based SSDs have power consumption that is comparable to the 800p, but even at QD32 Samsung's 960 PRO hasn't caught up to the 800p's random read performance. 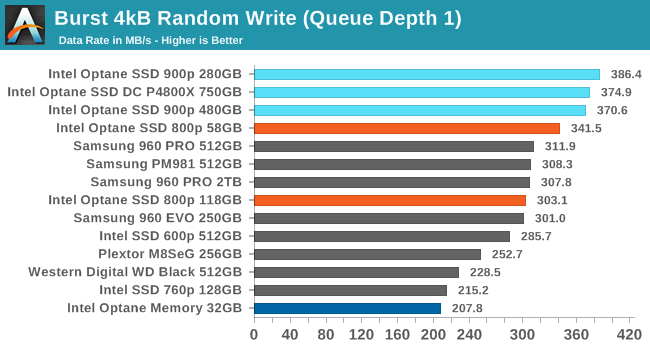 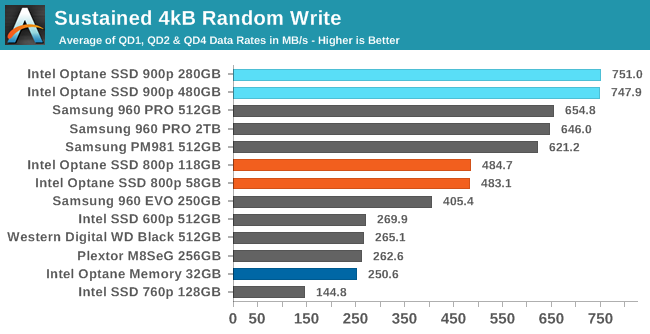 When higher queue depths come into play, the write caching ability of Samsung's high-end NVMe SSDs allows them to exceed the Optane SSD 800p's random write speed, though the 900p still holds on to the lead. The 800p's improvement over the Optane Memory is even more apparent with this longer test. 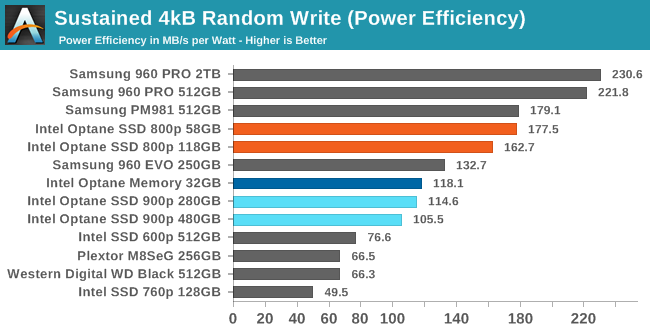 The power efficiency of the 800p during random writes is pretty good, though Samsung's top drives are better still. The Optane Memory lags behind on account of its poor performance, and the 900p ranks below that because it draws so much power in the process of delivering top performance.

The Samsung 960 PRO and the Intel Optane SSD 900p show off at high queue depths thanks to the high channel counts of their controllers. The Optane SSD 800p doesn't have much room for performance to scale beyond QD2.