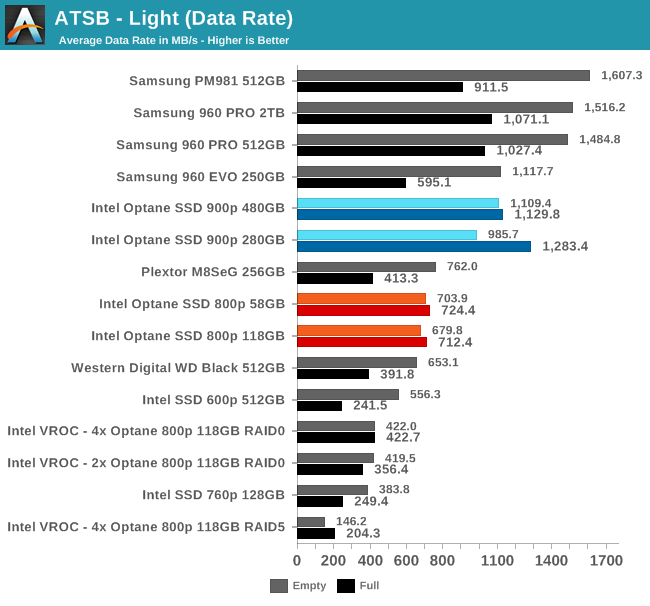 The Light test allows the flash-based SSDs to make the most of their write caching throughout the test, so even the 900p is surpassed by the Samsung NVMe SSDs while the 800p ranks with the budget NVMe drives. When the drives are full and the flash-based SSDs get bogged down with garbage collection, the 900p comes out ahead but the 800p still trails behind the Samsung 960 PRO. The VROC configuration look especially poor in terms of average data rate, and the RAID-5 performance is surprisingly low. 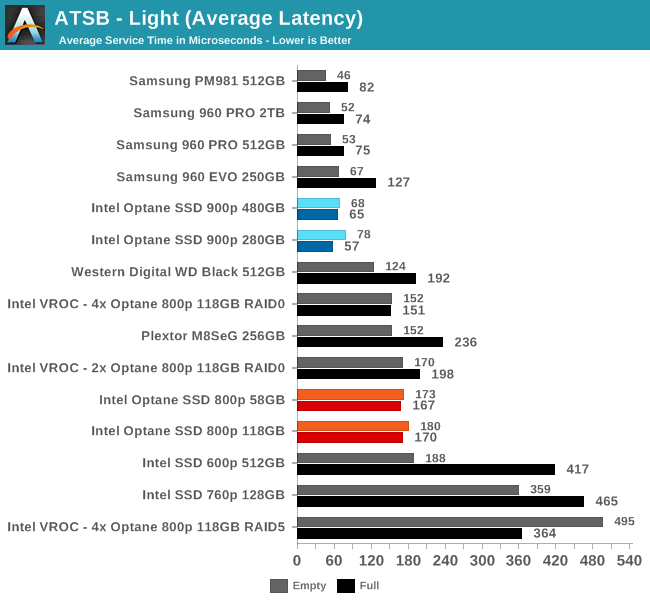 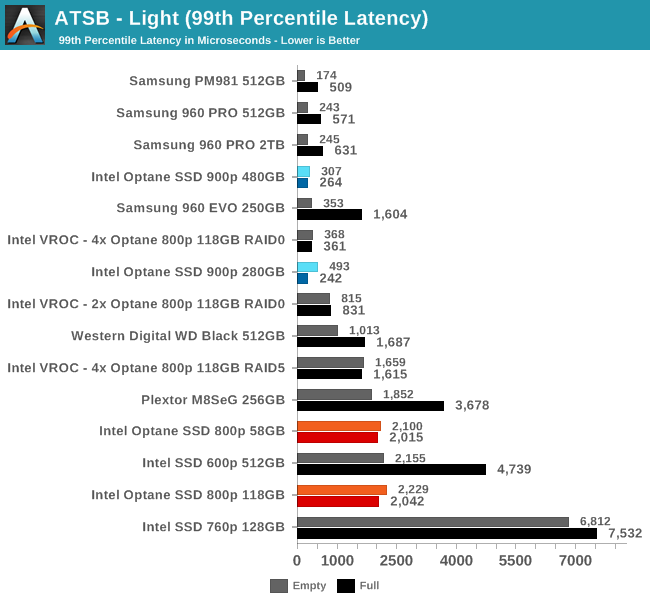 The Optane SSD 800p scores in the middle tier of SSDs for average latency on the Light test, and VROC RAID is no help here. VROC does help with the 99th percentile latencies, but without it the 800p looks like a low-end drive that merely doesn't have garbage collection problems. 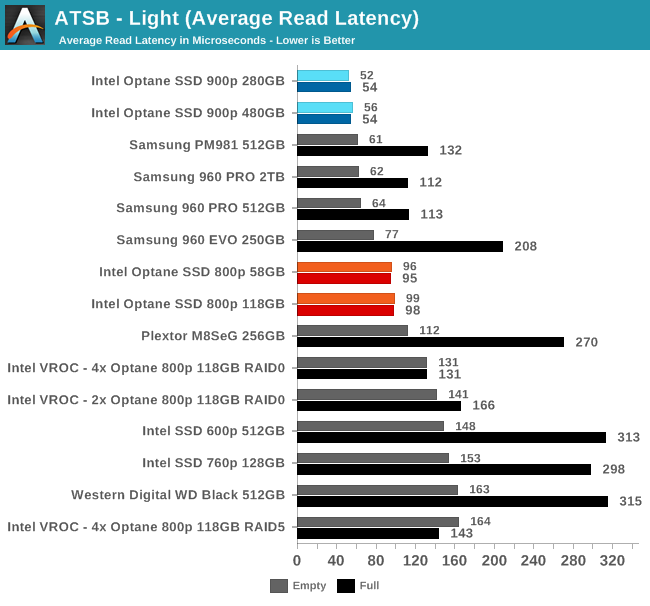 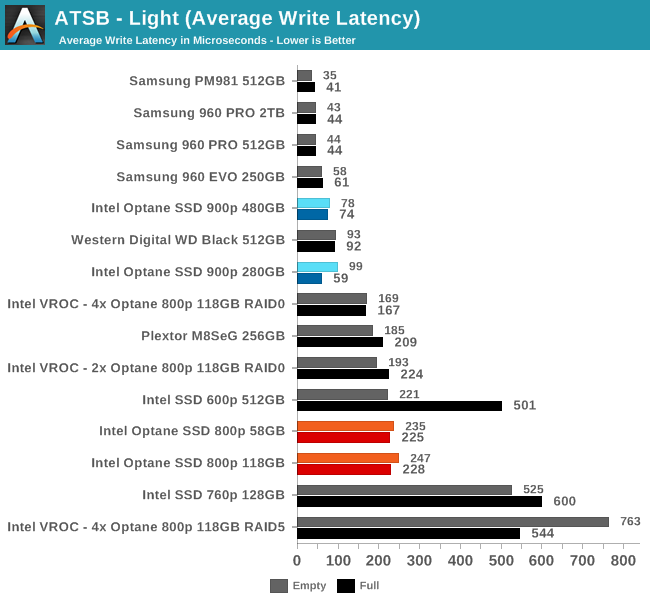 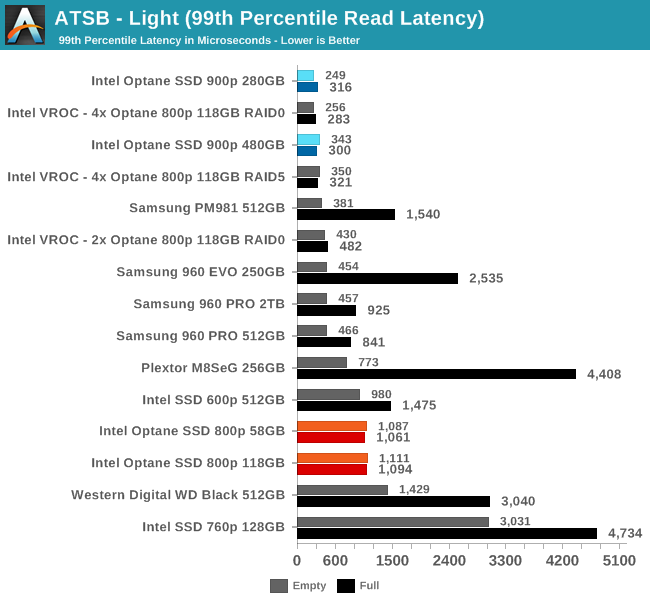 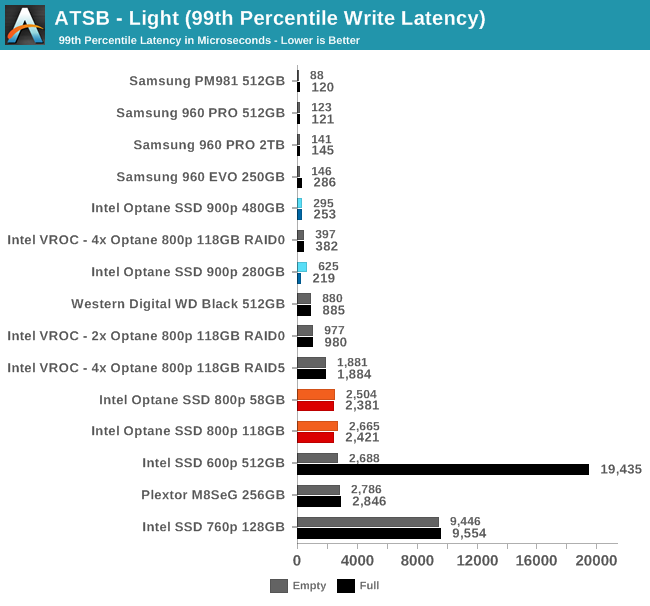 The 99th percentile latency scores from the 800p are not great, but at least the drives perform just as well when full. Small flash-based drives are the most heavily affected when constant garbage collection becomes necessary. 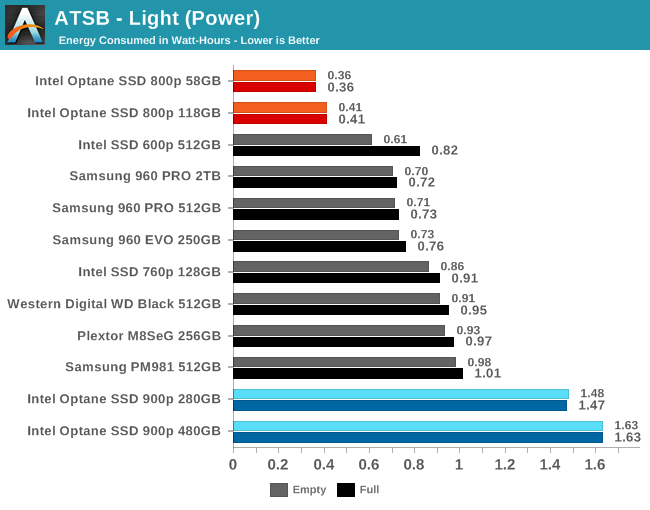 The Light test is a fairly short run with any of these drives, but the 800p still manages to return extremely good power usage numbers that are well ahead of any flash-based NVMe SSD.